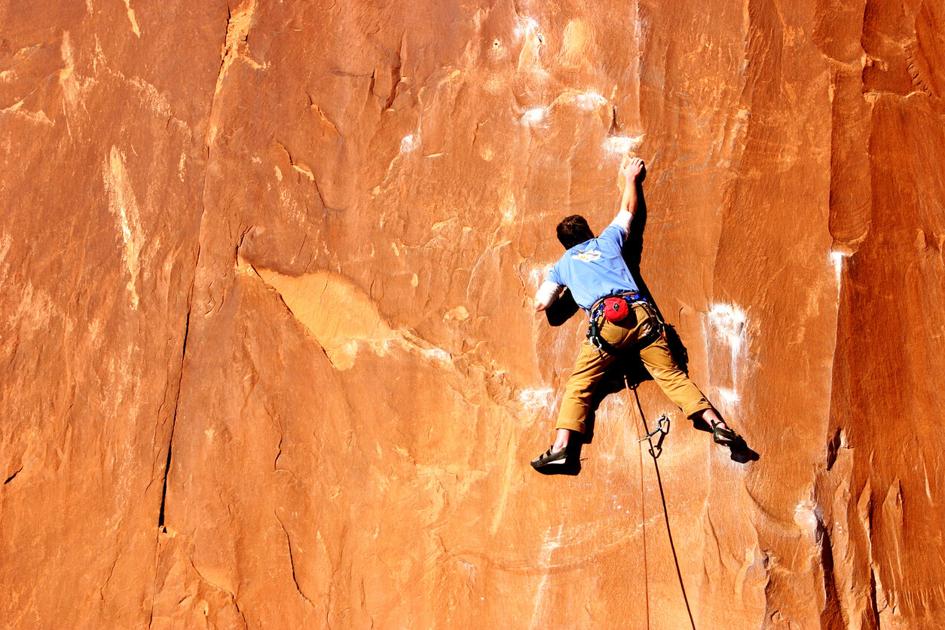 As the popularity of rock climbing continues to grow in Colorado, the environmental impact of the sport has become more apparent. From unofficial trails being forged that lead to remote crags to concerns about human presence in cliffside nesting areas of protected birds, the question of whether or not more restrictions are needed continues to rear its head. Another common climbing-related gripe that is often raised is the appearance of the chalk left behind by climbers on rock walls in otherwise untouched terrain.

The Garden of the Gods park in Colorado Springs, Colorado, has taken a major step toward preserving the natural appearance of their iconic rock formations by banning the use of all chalk and chalk substitutes in the park. Chalk use was previously not permitted in the park, though chalk substitutes were allowed. According to the City of Colorado Springs, this change is something that has become necessary due to an uptick in climbers using the area in recent years.

A popular spot for rock climbing, Garden of the Gods is also a major tourist attraction for all thanks to views of the unique sandstone and limestone towers found in the park. The formations are the main draw to the park, with marks left behind by climbers seen by many.

According to the City, “by eliminating the use of chalk and chalk substitutes, rock climbers at the park will play a role in keeping the Garden’s extraordinary rock structures sustainable and stunning for years to come.”

Chalk is typically used by climbers to keep their hands dry and free of sweat while climbing. Routes with heavy chalk can also be easier to follow, with chalk-covered holds acting as breadcrumbs that guide the way.

The chalk ban includes all rock formations in the park, including those used for bouldering.

The City of Colorado Springs also manages the climbing in nearby Red Rock Canyon, Cheyenne Canyon, and Ute Valley Park, in addition to Garden of the Gods. While a permit is required to climb at any location, a chalk substitute is allowed at other locations provided it does not discolor the rock face being climbed. White chalk is prohibited at all spots.

The decision to ban chalk in Garden of the Gods is in accordance with the City’s goal to earn a ‘Gold Standard Site’ designation from Leave No Trace this year. Additional efforts at the location include continued park maintenance, increasing trail sustainability, reclaiming and restoring disturbed land, and noxious weed removal, among other things.

Climbers – it’s no secret that not having chalk can be a pain, especially during a long route on a hot day. One other technique often used to dry hands is a quick pat on the back of the pant in lieu of reaching for the chalk bag. It works surprisingly well and keeps the rock wall looking natural.