Colorado paramedics inject agitated people with ketamine without their consent. How should the practice be regulated? 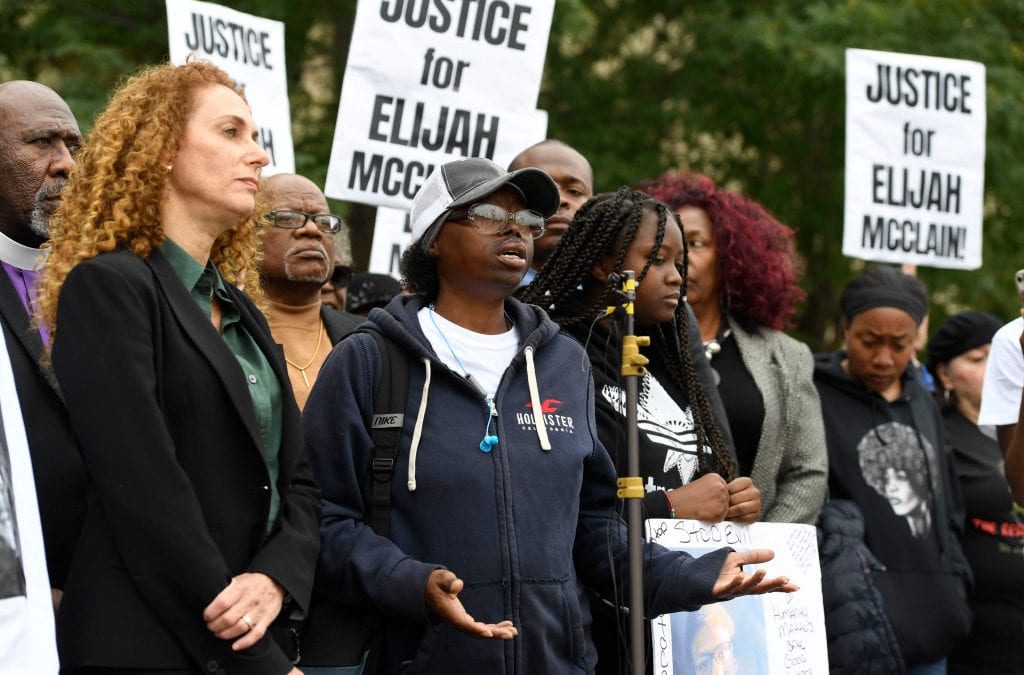 Steven Reycraft was angry about getting pulled over in Manitou Springs for a traffic violation. He refused to give his name to police and berated them while they handcuffed him.

“I’m going to sedate him because I don’t like that you guys are having to hold him down,” a Manitou Fire-Rescue paramedic who arrived on scene told the officers, according to body camera footage. “I’m going to give him Versed, though. I’m not going to give him ketamine because he’s not excited delirium.”

Minutes after the injection of the first sedative, though, the paramedic jabbed Reycraft with a needle and injected him with the more powerful ketamine while he was lying restrained on a stretcher.

Reycraft’s experience in 2019 is exactly the kind of situation advocates for banning or restricting the use of the powerful sedative want to stop, though it’s unclear whether a bill passed by Colorado lawmakers last week will prevent similar instances in the future.

“It’s not enough,” said Anita Springsteen, Reycraft’s attorney and a Lakewood city councilwoman who became an advocate for reforming the use of ketamine after her boyfriend was injected.

Lawmakers passed a bill Tuesday that would place restrictions on the use of ketamine by paramedics outside of hospitals. Advocates for the bill hope it will keep law enforcement officers from influencing paramedics’ decisions on whether to use the drug on people who are agitated. Law enforcement officials fear vague language will chill critical communication between emergency responders, and medical providers say lawmakers are trying to legislate patient care.

The death of Elijah McClain at the hands of Aurora police and paramedics after being dosed with ketamine has brought increased scrutiny of the use of the sedative on agitated people before they get to the hospital. An external investigation into McClain’s death found Aurora Fire paramedics appeared “to have accepted the officers’ impression that Mr. McClain had excited delirium without corroborating that impression through meaningful observation or diagnostic examination.”

McClain’s mother, Sheneen McClain, wanted ketamine banned but believes the bill is a step in the right direction, her attorney Qusair Mohamedbhai said. It’s hard to say whether such a law would’ve prevented Elijah’s death, the cause and manner of which were declared undetermined by the Adams County Coroner’s Office.

“Certainly, it would’ve prevented him from being injected with ketamine,” Mohamedbhai said. “But whether it would’ve changed the outcome is unclear.”

The state health department allows emergency medical agencies to apply for a waiver to use ketamine on people who have excited delirium, defined as someone who develops “extreme agitation, aggressiveness, overheating and exceptional strength that cannot be managed by routine physical or medical techniques.”

Lawmakers considered an outright ban on using ketamine outside of the hospital, but Rep. Yadira Caraveo said she didn’t want to because she believes there are legitimate pre-hospital uses of the drug. Caraveo, an Adams County Democrat who is also a pediatrician, sponsored the bill with Arapahoe County Democratic Rep. Rhonda Fields and Denver Democrats Rep. Leslie Herod and Sen. Julie Gonzales.

“I’m hoping that these parameters are enough that it’s given in a safe, medical manner,” Caraveo said.

The bill, which still needs the governor’s signature, includes the following provisions:

“Simply put, law enforcement should never be making medical decisions or directing the use of ketamine in the field, but it’s happening,” Herod said in a news release about the bill. “This drug is being used irresponsibly and people are losing their lives or becoming paralyzed because of it.”

Too much or not enough?

Law enforcement and medical providers agree with reformers that law enforcement shouldn’t direct medical professionals’ decisions, but don’t believe misuse of the drug is widespread or that police are issuing such commands.

“It’s probably the safest of the medications that I’ve seen that are available in the pre-hospital setting,” said Scott Sholes, president of the Emergency Medical Services Association of Colorado. “When I started back in the ’70s there was no kind of chemical restraint, so we had to use physical restraint — which is the most dangerous thing you could do.”

Of 455 uses of ketamine for agitation documented by the Colorado Department of Public Health and Environment in 2019, paramedics recorded complications in 109 cases, or 24%. Complications ranged from high blood pressure to patients becoming unresponsive. Seventy-five peoples’ tissue stopped received enough oxygen and 16 people temporarily stopped breathing — the most common complications.

Several medical professionals, including the medical director for Denver’s emergency medical response system and several Denver paramedics, testified at legislative committee hearings that ketamine was the safest drug available for treating agitation and was preferred to forcibly holding someone down.

“I think that this bill is straight up political grandstanding at the expense of what is accepted internationally to treat severe agitation,” Sholes said.

The Colorado Society of Anesthesiologists disagrees, however, and questions the existence of excited delirium as a true medical diagnosis — a doubt held by other medical professionals. The society said ketamine should be used only as a last resort and only “if the individual is an immediate and severe threat to themselves or others.”

Colorado’s major law enforcement associations opposed the bill and worry that the ban on officers “unduly influencing” paramedics will chill communication on scene because the wording is broad. Law enforcement absolutely should not direct medical professionals; actions but should be able to share information about what they’ve witnessed without fear of breaking the law, said Arapahoe County Sheriff Tyler Brown, who is on the board of the County Sheriffs of Colorado.

Cops who instruct or pressure a medical professional to use the drug, or fail to intervene if a colleague does, could face criminal charges or the loss of their state peace officer certification under the bill.

“There’s going to be some hesitation that shouldn’t be there,” Brown said.

But advocates for banning or further restricting the use of ketamine outside hospitals say more restrictions are needed.

Elijah McKnight, who in 2019 spent three days unconscious in the ICU after being injected with ketamine by South Metro Fire Rescue, said during a House committee hearing that it was “completely irresponsible” to use ketamine on someone who is already handcuffed, like he was. The use of the drug outside the hospital needs to be eliminated, he said.

Reycraft’s medical reports from Manitou Springs don’t show that he was exhibiting signs of excited delirium, an extreme agitation that some medical professionals say can lead to death, but say he was yelling and kicking at police and paramedics. Instead, he was sedated so law enforcement could handle him easier, Springsteen said.

“I’m as settled as I need to be, you just don’t like my free speech,” Reycraft yelled as officers and paramedics told him to calm down.

Springsteen doesn’t think the law will necessarily prevent future incidents like Reycraft’s, she said, though maybe police and medical professionals will think twice before using the drug.

“You have a situation where a lot of these people were already restrained, were not a threat to anybody, and really weren’t out of control in any way and they get forcibly injected anyway,” Springsteen said. “To me, that’s just barbarism.”

The number of agencies using ketamine to treat excited delirium outside of the hospital setting has grown in recent years, state health department data shows. As of April, 92 agencies had waivers from the state for their paramedics to use ketamine in that way, up from 74 agencies in 2017.

The agencies are scattered across the state and include large urban fire departments, such as the Denver Health Paramedic Division and the Colorado Springs Fire Department, as well as smaller agencies like the Northeast Teller County Fire Protection District.

The Post on Tuesday requested an interview with state health department personnel about ketamine but the agency did not make someone available prior to deadline. The department repeatedly has denied requests from Colorado reporters for interviews about ketamine.

At least one agency has stepped away from the practice. Aurora Fire Rescue no longer uses ketamine and has no plan to reinstate its program, Lt. Dan Pollet said in an email. Aurora Fire paramedic Jeremy Cooper made the decision to inject McClain with 500 mg of ketamine — a dose far too large for McClain’s size.

The state health department announced in August 2020 that it would review its ketamine waiver program and issue a public report. The review is not complete.