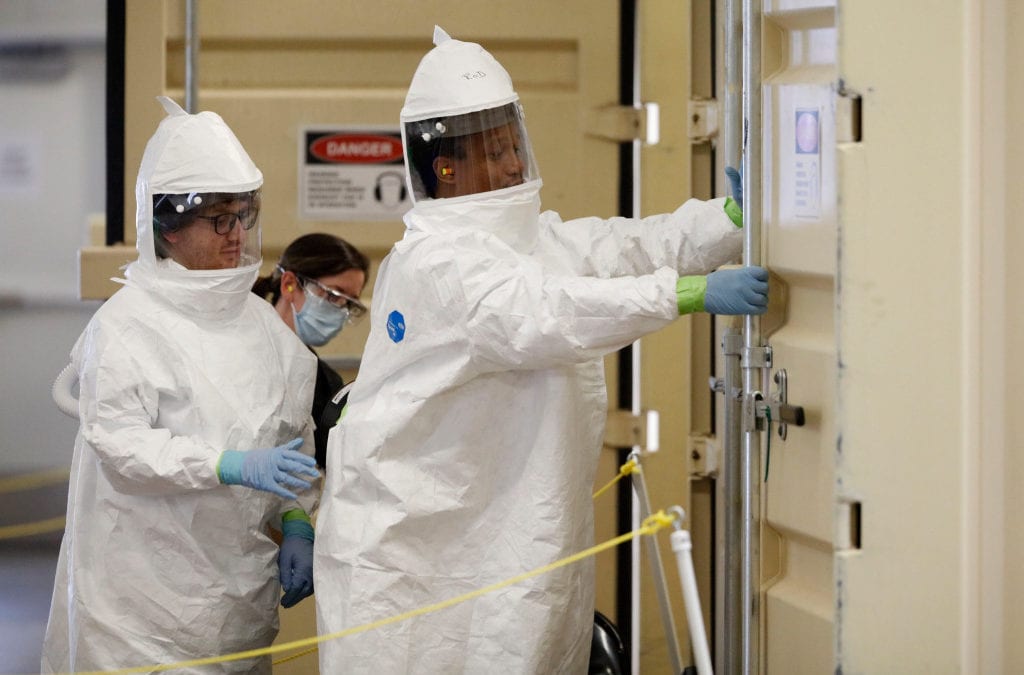 Colorado could exceed the April peak of COVID-19 hospitalizations as soon as Nov. 10 if current trends continue, according to a new report.

At the peak on April 14, 888 people were hospitalized with confirmed cases of COVID-19. On Thursday, 622 people were receiving hospital care for the new coronavirus, and the number could approach 900 in the second week of November if the current pattern of ever-increasing hospitalizations continues, according to a report from the Colorado Department of Public Health and Environment and the Colorado School of Public Health.

It’s also possible Colorado could hit capacity in intensive-care units, which is about 1,800 beds, in January if current trends continue. Longer-term projections have more inherent uncertainty because there’s more time for people to change their behavior, either by buckling down and slowing transmission or by further spreading the virus during upcoming holidays.

Dr. Jonathan Samet, dean of the Colorado School of Public Health, said the state has a “small window” to reduce transmission through social distancing, mask wearing, moving events outside, and tracing and quarantining infected people and their contacts.

“To limit increasing infections and avoid peaks that could strain healthcare capacity over the next three months, a substantial increase in transmission control is needed,” he said in a news release.

The report estimated that one in 219 Coloradans is currently contagious with the virus, up from one in 292 a week earlier. The estimated number of people each infected person gave the virus to, on average, also rose.

To try to stem the tide of increasing cases, and hospitalizations, the state health department ordered most counties to limit personal gatherings to 10 people from no more than two households. In the last week, Denver and Adams counties moved up a level on the state’s color-coded dial dashboard, limiting most businesses to 25% of capacity. Jefferson County announced Thursday that it would move last call to 10 p.m. and prohibit spectators at high school and adult recreational sports, to try to avoid the more sweeping restrictions other metro-area counties had to impose.