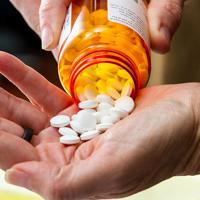 Colorado is on track to receive roughly $385 million as part of legal settlements reached with Johnson & Johnson and three of the country’s largest drug distribution companies over their role fueling the opioid epidemic, the Colorado Attorney General’s Office said Tuesday.

The sum represents Colorado’s share of the payout in a $26 billion class action lawsuit expected to be finalized later this year. Every county in Colorado and nearly every municipality have agreed to the settlements and a plan to distribute the funds, Attorney General Phil Weiser said in a release.

“By bringing together this amazing level of local government support well in advance of the Jan. 26 sign-on deadline, Colorado is demonstrating its collaborative solving problem culture and commitment to combating the opioid epidemic,” Weiser said in a statement. “As a result, we as a state will be poised to act on our opioid response plan as soon as settlement dollars come to our state.”

According to the Centers for Disease Control and Prevention, more than 7,600 Coloradans died from opioid overdoses from 2000 to 2020, with untold thousands more suffering from addiction. Preliminary data released last month showed the state’s death toll from overdoses in 2021 is on track to eclipse the previous year’s total.

According to the distribution agreement, most of the funds from the settlements are destined to be used for drug treatment, recovery, prevention, education and harm reduction programs. Money should start arriving later this year, with the majority of dollars from Johnson & Johnson paid out during the first three years of a nine-year schedule. Funds from the drug distributors will be paid over 18 years, Weiser’s office said.

The state has already received roughly $8.2 million from a nearly $10 million settlement reached with consulting firm McKinsey & Co. for its role “turbocharging” the opioid epidemic by helping drug manufacturers market the drugs and profit from the epidemic, Weiser’s office told Colorado Politics. Weiser led a multi-state lawsuit that resulted a year ago in a $573 million settlement with McKinsey.

In a statement in July last year announcing the finalization of a nationwide settlement agreement to resolve opioid-related claims, Johnson & Johnson said it is “not an admission of any liability or wrongdoing and the company will continue to defend against any litigation that the final agreement does not resolve.”

Johnson & Johnson said it no longer sells prescription opioid medications in the U.S. as part of its “ongoing efforts to focus on transformational innovation and serving unmet patient needs.” The company added that its drugs accounted for less than 1% of total opioid prescriptions in the U.S.

Weiser on Monday praised representatives from local governments, including Colorado Counties Inc. and the Colorado Municipal League, for their work developing the joint framework, which required “significant participation” by local entities in order for all involved to receive maximum payments. The framework, released by the Attorney General’s Office last summer, will also govern distribution of any money resulting from future settlements involving the opioid crisis.

“This kind of collaboration and partnership is how government should work and is something the attorney general modeled well,” said John Swartout, executive director of Colorado Counties Inc., in a statement.