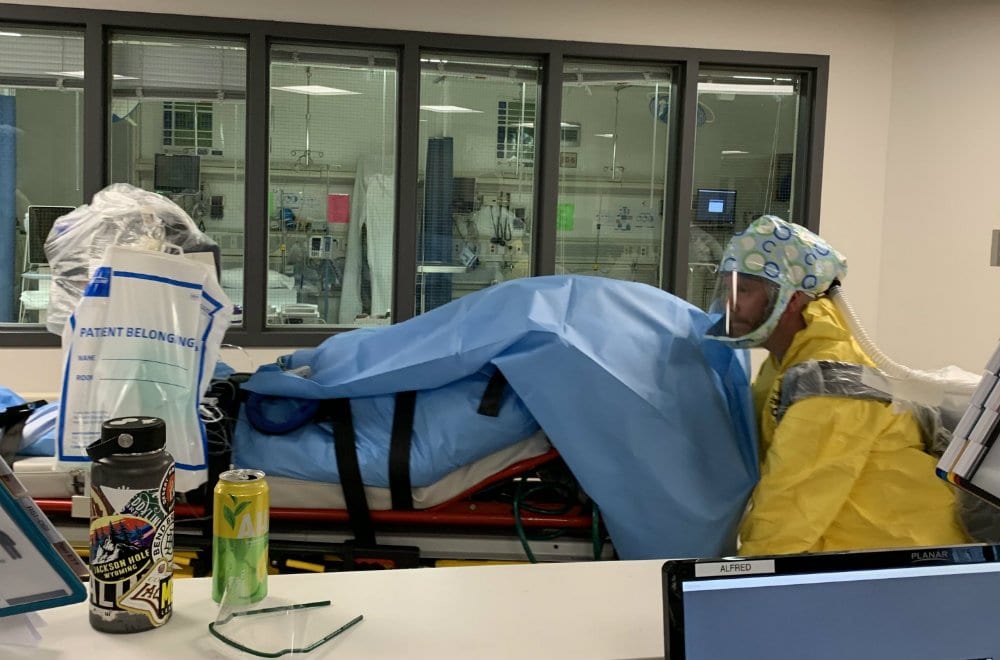 Four-member hospital triage teams, including an ethics or palliative care expert, a critical care doctor, a nurse and a hospital leader — not including a patient’s immediate medical caregivers — would make decisions for using ventilators and other scarce resources based on tiered priorities, state health chiefs said.

First, triage teams would rank patients based on a combination of the severity of their symptoms, any chronic illness and how long they’re likely to survive.

If patients ranked equally on these criteria, then the decision-makers would prioritize care for children, health care workers and first responders.

Next, the triage team would weigh whether patients were pregnant or “sole caregivers” and how many total “life years” could be saved.

Finally, a random lottery would be used to pick who would receive needed care.

“We hope we don’t have to use these crisis-of-care standards,” Colorado Department of Public Health and Environment director Jill Hunsaker Ryan said during a virtual government committee where the guidelines were set.

“But the truth is, with COVID-19 and how quickly it has been spreading, it could quickly overwhelm the hospital system and ICU (intensive care unit) beds and ventilators,” Ryan said.

In the coming weeks, COVID-19 cases requiring hospitalization are expected to peak in Colorado and around the nation. These guidelines, adopted by Gov. Jared Polis’ 19-member Expert Emergency Epidemic Response Committee, are intended to ensure fairness and equity among patients by setting objective statewide standards for care.

Use of the standards would require “activation” based on a governor or designated public health official’s declaration of a public health emergency, which would allow medical care at less-than-optimal levels. Patients not picked for priority care would still receive the best possible care under these emergency guidelines.

State-appointed experts have been working on updating 2018 guidelines to deal with the COVID-19 pandemic. Subgroups reviewed the content, including public comments, state officials said.

“This is an organized umbrella approach to try to make this fair across the board,” said committee member Dr. Stephen Cantrill, a Denver emergency medicine doctor. “Otherwise, you have individual providers making the game up as they go along, without having to think quietly about it.”

“It becomes a very slippery slope,” Cantrill said. “Where do you draw the line? We thought it was cleaner to say none.”

“We’re working with the hospitals to increase the number of ICU beds and ventilators to try and meet the anticipated demand,” Colorado’s chief medical officer, Dr. Eric France, said.

“We need everyone’s help to slow the spread of the virus by following public health orders to reduce the likelihood of putting these standards into practice.”

So far, the spread of COVID-19 in Colorado has been reduced by about 40% due to initial physical distancing efforts, such as eliminating large gatherings, ending dine-in service at bars and restaurants, and closing schools, according to state epidemiologist Rachel Herlihy.

Possible further benefits following the imposition of a statewide stay-at-home order haven’t been accounted for yet, Herlihy said. These should be known by the middle of this week, she said.

“We are seeing a flattened curve here in Colorado. But the question is still out about whether it is flat enough.”