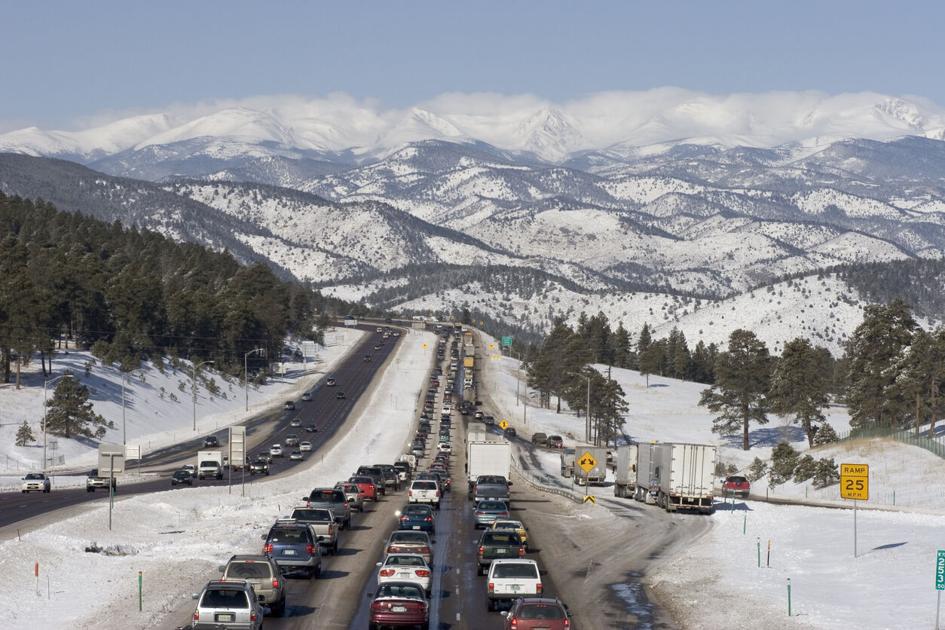 The Colorado Department of Transportation is urging all residents to stay home and avoid traveling this weekend as the Front Range prepares for a potentially record-breaking snowstorm.

Snow is expected to begin falling Friday and hit hard Saturday and Sunday, with forecasts predicting 1 to 3 feet of snow in and around the Denver region. Even more snow is expected in the foothills and east of the Continental Divide.

Officials predict this could be the biggest snowstorm in Colorado since 2003, when 31.8 inches of snow fell in Denver and whopping 87.5 inches — more than 7 feet — fell in Rollinsville.

Because of this, CDOT is asking residents to stay off the roads this weekend and keep a close watch on the weather.

The Colorado State Patrol is also asking residents not to drive this weekend, encouraging people to go to the grocery store now and prepare to stay indoors until Monday.

“An actual ton of snow is going to fall,” CSP said Wednesday. “If you can avoid driving this weekend please do so.”

The best way to drive in snow? DON’T. pic.twitter.com/imSsx2NfSF

CDOT said heavy snow accumulation is possible along Interstate 70, Interstate 25 and other highway corridors. Dangerous conditions are expected along the I-70 mountain corridor to the Eisenhower Memorial Johnson Tunnel.

For those who are traveling this weekend, CDOT suggests arriving at your destination before the storm hits Friday night, especially for those planning to travel the I-70 corridor to go to the mountains.

CDOT said some roads are likely to close completely during the storm, including roads throughout the Denver metro area, on the I-70 mountain corridor and I-25 South Gap construction zone between Castle Rock and Monument.

I-70 east of Airpark Road and other roadways on the eastern Plains might also close depending on the severity of the storm.

While CDOT will be plowing I-25, I-70 and impacted highways, secondary routes will not be plowed until the worst of the storm has passed, meaning there is a high potential for heavy snowpack.

Anyone driving is advised to check their tires, leave ample distance between vehicles, not drive past plows and pack an emergency kit in the car with blankets, food, batteries, water, a shovel and survival supplies.

More information on preparing for snowstorms, chain and traction laws and other storm-related guidance is available at winter.codot.gov.