Colorado officials condemn attack by Trump supporters on US Capitol, call for calm: ‘This is not who we are’ 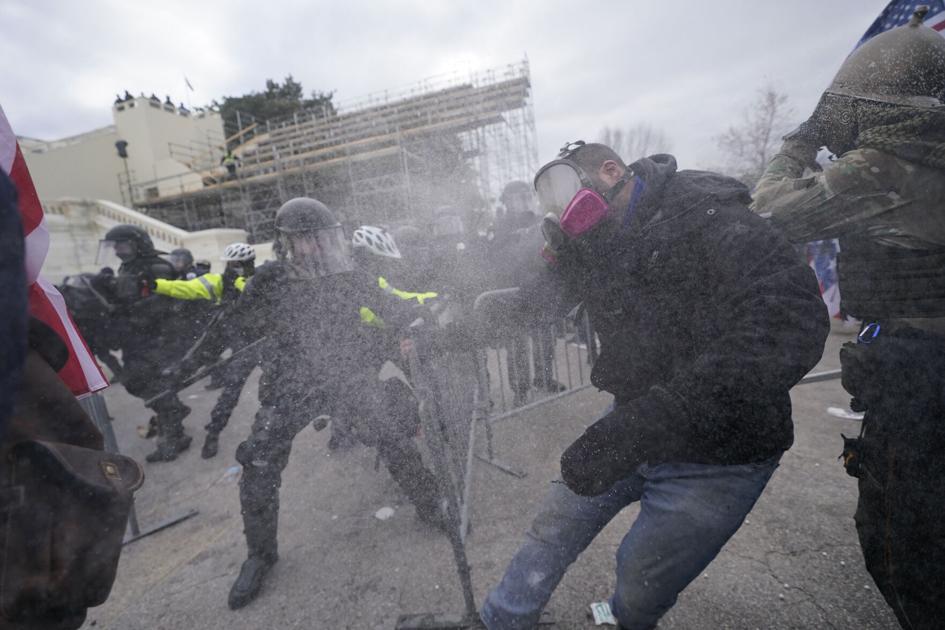 Leading Colorado officials condemned the violence that overtook the U.S. Capitol on Wednesday as supporters of President Donald Trump stormed the barricades and forced a lockdown during certification of the election results.

Members of Colorado’s congressional delegation sent messages saying they were safe during the hour after they were evacuated from House and Senate chambers, where Congress was in the process of certifying President-elect Joe Biden’s Electoral College victory over objections by some Republicans.

“We have been evacuated from the House chamber and moved to a safe location,” tweeted U.S. Rep. Diana DeGette, a Denver Democrat. “This isn’t a protest. This is an attempted coup. I never thought we’d see such anarchy spurred by our own president.”

Earlier in the day, as Congress convened, Trump had riled up supporters on the lawn near the White House, the Associated Press reported.

U.S. Capitol Police with guns drawn watch as protesters try to break into the House Chamber at the U.S. Capitol on Wednesday, Jan. 6, 2021, in Washington.

“We will never give up,” Trump thundered. “We will never concede. It will never happen. You don’t concede when there’s death involved. Our country has had enough. We will not take it anymore.”

U.S. Rep. Ken Buck, a Windsor Republican and chairman of the Colorado GOP, unloaded scathing criticism on the protesters.

“Violence and anarchy must be condemned, we are a nations of laws,” Buck tweeted. “Law enforcement must end this now.”

In an earlier tweet, Buck embedded a video clip of Trump supporters in a melee with police officers.

“Every American has the right to peacefully protest,” Buck said. “But storming the US Capitol and attacking the brave men and women of the Capitol police force is wrong. This is not who we are.”

U.S Rep. Joe Neguse, a Lafayette Democrat who spoke in opposition to an objection to certifying Arizona’s electoral votes moments before the protesters streamed into the Capitol, posted on Twitter that he and his staff were safe after evacuating from the House floor.

“Thank you to all of our brave law enforcement officials for working so hard to protect the Capitol Complex,” Neguse said. “Keep the faith.”

U.S. Rep. Jason Crow, an Aurora Democrat, posted a photo to Twitter of what appears to be a Capitol Police officer pointing a gun through a door outside the House chambers.

“This is what it has come to,” Crow said.

Later, Crow reported that he was safe after having been trapped briefly in House chambers as protesters attempted to enter.

“Update: I was trapped in the House Chamber with a few members for a little while as protestors tried to ram down the doors,” Crow tweeted. “We didn’t know how we were gonna get out, but Capitol Police were able to clear a route and get us out. We’re all now being protected in a secure location.”

U.S. Rep. Doug Lamborn, a Colorado Springs Republican, said in a statement that he and his staff were safe and tore into the protesters.

“I strongly condemn those individuals that have chosen to incite violence and have put our law enforcement in harm’s way. Today is supposed to be a day of constitutional debate, not violence. This is not who we are as Americans.”

Democratic U.S. Sen. John Hickenlooper and his staff were safe in a secure place, he tweeted, adding that he was grateful to the Capitol Police for protecting the lawmakers and congressional personnel.

“It’s a sad day for our country, but our democracy is stronger than the dangerous attack on the Capitol today,” Hickenlooper said.

U.S. Rep. Lauren Boebert, the Rifle Republican who argued on the House floor that Arizona’s electoral votes shouldn’t be counted for Biden about a half hour before the Trump protesters stormed into the Capitol, tweeted from “an undisclosed location” that she and her staff were safe and thanked the Capitol Police for keeping them safe.

“I support peaceful protests and the rule of law, and denounce all acts of violence,” she said.

Boebert, who declared Wednesday morning “Today is 1776,” later tweeted a photo of herself signing an objection to counting the certified votes from states won by Biden.

“1776 is the foundation of our country. Today I signed my name to a document to defend that foundation and our freedom,” she said. “The violence we saw today is inexcusable. Pray for America.”