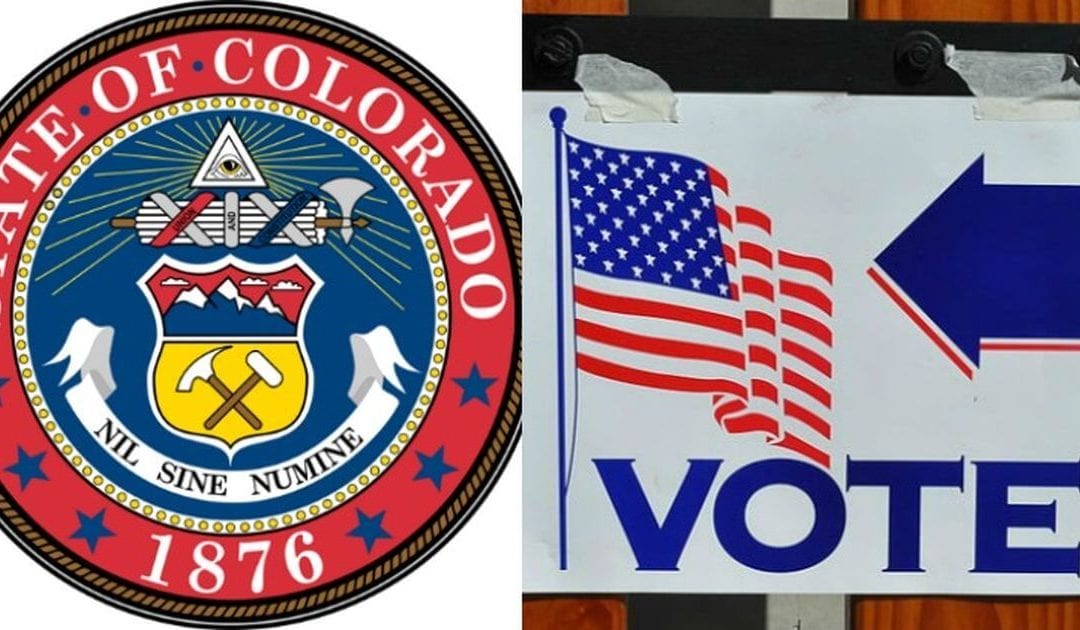 Since 2016, when former Secretary of State Hillary Clinton was beaten in devastating fashion by President Donald Trump in the race to claim the White House, Democrats have doubled down on their calls to completely do away with the electoral college system.

While it would be a monumental challenge for Democrats to completely ditch the Constitutional rules for how American selects its president, they’ve come up with a workaround called the National Popular Vote Interstate Compact, which would give states the power to award its electoral votes to the candidate who wins the majority of the popular vote.

According to BizPac Review, the latest state to make major strides in enabling such an anti-Constitutional system is Colorado, with its residents voting on Tuesday in support of Proposition 113, which means the state is now part of a growing group of Democrat-run states that will eventually agree to the new system.

JUST IN: Colorado has voted to join the National Popular Vote Interstate Compact.

That means Colorado is officially part of the movement to sideline the #ElectoralCollege.#copolitics #election2020 pic.twitter.com/SF782dmVIn

Before the states currently signing on to the agreement will move forward, they’ve agreed to wait until they have enough states on board where they’ll have 270 electoral votes — which is enough to elect a president.

It’s a scary proposition, to say the least, as the program would allow a relatively small set of states to essentially dictate every future president. And with Colorado on board, it means the Interstate Popular Vote Compact now has a total of 196 electoral votes that they can control.

As The Hill reported, state legislators were proud of the recent passing of the proposition, suggesting that it’s something that should have been done long ago.

“The national popular vote is a very straightforward concept,” said Democratic Colorado state Sen. Michael Foote. “One person should always equal one vote, and the presidential candidate who gets the most votes should win the election.”

Colorado joins 15 other states in the radical program, including Washington D.C. As expected, every other state that has signed on are traditionally blue states, like California, New York, New Jersey, Oregon and Washington.

Republicans are not even close to accepting of the idea, as it literally gives control of the vote to the nation’s highest populated centers, which all happen to be heavily Democrat areas.

“This is going to reduce Coloradoʼs clout, and itʼs going to reduce our influence on issues like transportation, water, health care and funding for our military bases,” Republican Colorado House Speaker Frank McNulty said.

The idea that in the near future, these states will be able to wield an enormous amount of power and effectively control the White House, should scare every American to death, as it’s nothing less than a shifty attempt to override the U.S. Constitution. The electoral college is absolutely crucial for allowing Americans who don’t live in Democrat-heavy, sardine can cities to have their voices heard.

There’s no telling when the Interstate Popular Vote Compact will garner the number of electoral votes they need to make the program viable, but with 196 votes under their belt already and the strong possibility that Joe Biden and Kamala Harris lead the White House for the next four years, it might not be long.