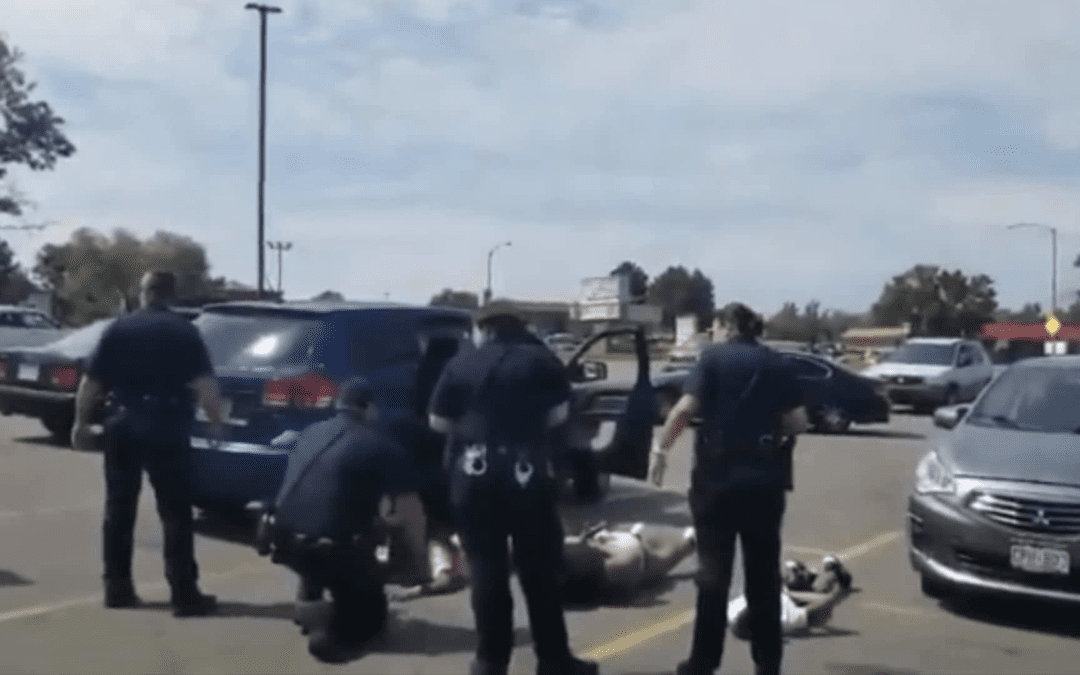 Suburban Denver police officers won’t be charged after detaining four Black girls by gunpoint last summer and handcuffing two of them after wrongly suspecting they were riding in a stolen car, prosecutors said Friday.

The same day, the Colorado attorney general opened a grand jury investigation into the death of Elijah McClain, a 23-year-old Black man who was stopped as he walked down the street, placed in a neck hold and injected with a sedative in 2019.

Both involved officers from the Aurora Police Department and drew national attention during America’s reckoning over racism and police brutality.

Months after video of the girls laying face down in a parking lot — some in tears — spread on social media, a review by the district attorney’s office found no evidence beyond a reasonable doubt that the officers acted unlawfully during the Aug. 2 traffic stop.

However, Chief Deputy District Attorney Clinton McKinzie called it “disturbing” and urged the Police Department to review its policies to ensure something similar doesn’t happen again.

“What happened to the innocent occupants is unacceptable and preventable,” McKinzie wrote.

Police eventually determined the car carrying the girls, who ranged from 6 to 17, had the same license plate number as a motorcycle they were seeking from another state.

One officer, Madisen Moen, had graduated from the police academy two days before and the other, Darian Dasko, was her field training officer, McKinzie said. The prosecutor also said it was difficult for the officers to see who was inside the vehicle partly because of its tinted windows.

David Lane, a lawyer for the driver and the girls, said he wasn’t surprised by the decision, which he said fits a pattern in Aurora and the U.S.

“When white cops point guns at small Black children, there are no consequences in America,” he said.

Lane plans to sue the city and the officers as early as next week under a new police accountability law passed in Colorado during protests over racial injustice. He thinks a local jury familiar with the city and includes more people of color would be more likely to grant justice than a federal jury from a wider area.

Aurora police apologized after video taken by a bystander showed the girls lying on their stomachs, with the 17-year-old and 12-year-old handcuffed behind their backs. The 14-year-old and 6-year-old were lying next to the car.

They can be heard crying and screaming. A woman is seen being led away in handcuffs.

Driver Brittney Gilliam, who had taken her nieces, sister and daughter to a nail salon, has characterized the officers’ actions as police brutality.

“There’s no excuse why you didn’t handle it a different type of way,” Gilliam previously told KUSA-TV. “You could have even told them, ‘Step off to the side, let me ask your mom or your auntie a few questions so we can get this cleared up.’ There was different ways to handle it.”

Police are instructed to draw their guns and put people on the ground when dealing with a suspected stolen car, but Police Chief Vanessa Wilson has said they should have changed course after Gilliam said the car was not stolen and that she had children inside. Wilson also ordered an internal investigation.

Meanwhile, Colorado Attorney General Phil Weiser opened a grand jury investigation into McClain’s death as part of his probe of the case that started last summer.

“The grand jury is an investigative tool that has the power to compel testimony from witnesses and require production of documents and other relevant information that would otherwise be unavailable,” Weiser said in a statement.

Police stopped McClain as he walked home on Aug. 29, 2019, after a 911 caller reported someone wearing a ski mask and waving his hands. His family said McClain wore the mask because he had a blood condition that caused him to get cold easily.

Body-camera video shows an officer telling McClain to stop because he was “being suspicious.” The officer tells him to relax, and McClain asks police to let go, saying, “You guys started to arrest me, and I was stopping my music to listen.”

Police say McClain fought back when officers tried to take him into custody. In the video, McClain can be heard saying he couldn’t breathe and sometimes crying out or sobbing.

Officers used a neck hold on McClain that’s been banned in several places. Paramedics arrived and injected him with ketamine to calm him. McClain suffered cardiac arrest and later was taken off life support.

Gov. Jared Polis ordered Weiser to investigate as protests over the police killing of George Floyd in Minneapolis brought new attention to McClain’s death. It’s one of several reviews by police, city and federal governments.

Lawyer Mari Newman said the McClain family was hopeful Weiser was committed to an impartial investigation but the use of the secretive grand jury process made them to wonder whether law enforcement was being held to a different standard. She noted that sometimes prosecutors steer grand juries away from charges by limiting the evidence they present.

“If the grand jury in Elijah McClain’s case doesn’t indict the officers and medics responsible for killing him, it will be because the attorney general’s office did not want charges to be brought,” she said. “That would be a grave injustice.”