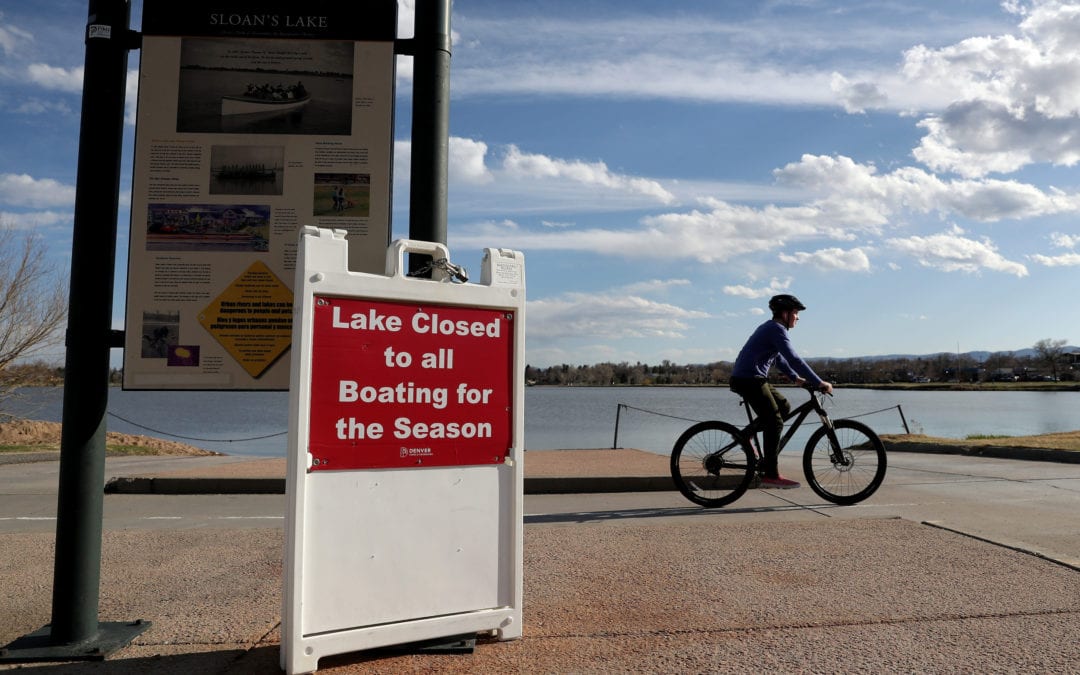 A Colorado newspaper’s editorial board called for the end of Nazi comparisons in reference to the state’s shelter-in-place orders amid the coronavirus pandemic.

The Gazette newspaper in Colorado Springs, Colorado, published an editorial Saturday condemning the Nazi Germany name-calling over a disagreement between Republican House Minority Leader Patrick Neville and Democratic Governor Jared Polis about the shelter-in-place orders. Polis, who on Friday updated his coronavirus self-quarantine orders to include a mask requirement in grocery stores and health care facilities, issued an emotional response last week to Neville claiming in March that Polis’ stay-at-home orders embrace “a Gestapo-like mentality.”

The Gazette editorial board said the frequent and nasty Nazi rhetoric goes far beyond political disagreements over coronavirus quarantine and “are not in the vicinity of Nazi tyranny or the Holocaust it led to.”

“We can talk about bad immigration policies, a petulant neighbor, the My Pillow Guy [Mike Lindell], the president, or any policy affecting the lives of Americans. None on the list has exterminated ethnoreligious populations for the sake of a ‘perfect race.’ None on the list will do so,” The Gazette newspaper’s Saturday editorial reads.

The Colorado Springs publication’s piece referenced how Polis, who is Jewish-American, made his own Nazi comparison in 2010, when he claimed Arizona border enforcement tactics were similar to the persecution of the Jews in Europe during World War II.

Last week, Polis responded to Neville’s March 25 talk radio show claim that linked the state government’s shelter-in-place order to “a Gestapo-like mentality.” Polis told the Denver Post he was “offended by any comparison to Nazism. We act to save lives; the exact opposite of the slaughter of 6 million…,” and Neville later apologized for his choice of words.

But it is exactly that type of exchange The Gazette said they want to remove from U.S. politics entirely in the Saturday piece entitled “Stay-at-home orders are not concentration camps.” The editorial board warned that frequent Nazi comparisons only serve to trivialize the horrors of the actual concentration camps.

Gov. Polis responds to accusations that his stay-at-home order is akin to Nazism: “As a Jewish-American who lost family in the Holocaust, I’m offended by any comparison to Nazism. We act to save lives; the exact opposite of the slaughter of 6 million …” (Video: @denverchannel) pic.twitter.com/nlUwrYVmJI

“The same crowd that equates Lindell with a Nazi has for years compared President Trump to Hitler. They often support the claim by comparing American border detention facilities — built by President Barack Obama — to Nazi concentration camps,” the editorial board wrote. “By contrast, we only brand the Holocaust as trivial by exploiting it to criticize people and policies we oppose. Yes, we are hunkered down at home by order of the governor. Yet, we live with assurance no one will round us up and cram us into concentration camps.”

Colorado Republicans have repeatedly blasted Polis’ statewide stay-at-home order and social distancing requests since they were put in place on March 26 and have demanded that at least some businesses re-open despite efforts to curb the nationwide coronavirus pandemic. GOP Congressman Ken Buck, who is also chairman of the state’s Republican Party, told a radio host last week young Americans are developing a “bailout mentality” in response to Washington’s $2 trillion stimulus plan.

But despite the political infighting, The Gazette advised a much more level-headed approach to resolving disputes.

“We are not awaiting mass abuse, torture, rape, and branding, only to end up in mass graves. Authorities are fighting a virus, not a demographic.”

A Colorado newspaper’s editorial board responded to a back-and-forth of concentration camp comparisons and Holocaust references between the governor and Republican state lawmakers, demanding that all Americans stop the political Nazi rhetoric.
MATTHEW STOCKMAN / Staff/Getty Images