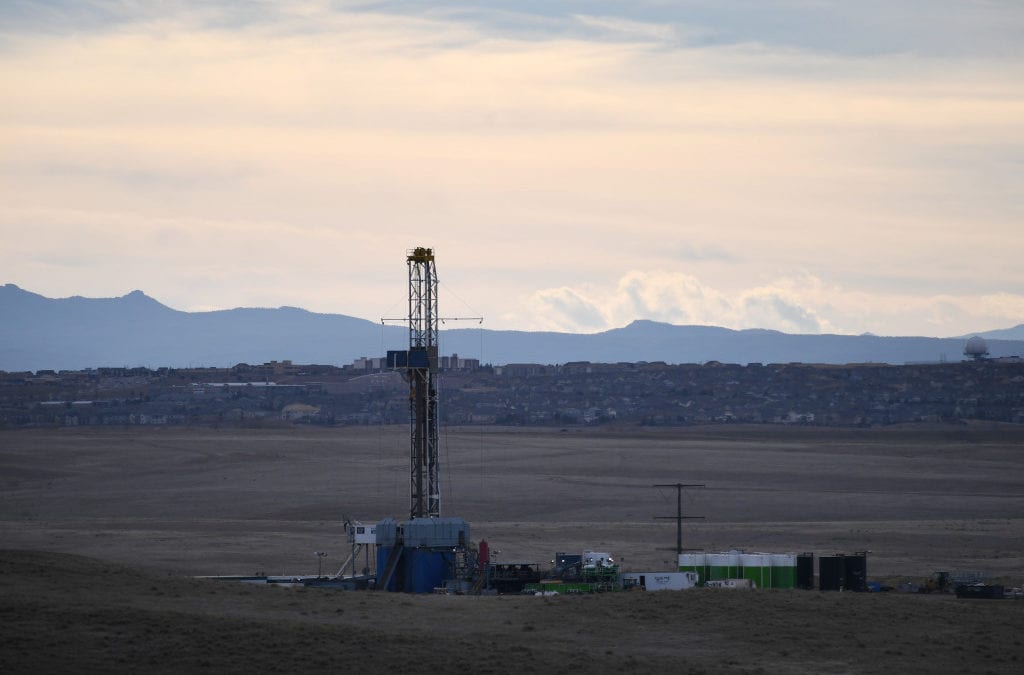 Colorado will delay hearings on a major revamp of its oil and gas regulations by several weeks, even as concerns mount about how much of the state’s petroleum industry will be left to regulate.

Some environmental groups are sounding the alarm about the damage that could result if oil and gas producers go under in large numbers because of severe financial pressures.

“We have serious concerns that the failing market could cause an increase in distressed operators in Colorado and other associated issues, including impacts to workers and everyday Coloradans losing their jobs,” Conservation Colorado, the Colorado Sierra Club, the Western Colorado Alliance and the League of Oil and Gas Impacted Coloradans sent the Colorado Oil & Gas Conservation Commission on Tuesday.

Other issues include increased flaring and venting of natural gas, abandoned infrastructure, orphaned wells, and noncompliance with existing rules designed to protect public health, safety and the environment.

“All of these issues come with associated human health and environmental impacts,” the groups warned.

Falling demand because of the COVID-19 pandemic has resulted in a glut of supply, which a price war last month between Saudi Arabia and Russia only exacerbated. Domestic oil prices have collapsed, from above $60 a barrel at the start of last year to under $15, bringing the state’s already struggling petroleum industry to its knees.

Colorado producers sought only 21 permits to drill new wells this month. A year ago in April, they submitted 522. Producers withdrew 33 permits, more than they submitted. The number of rigs actively drilling in the state has fallen from 22 at the start of the year to 15 as of last week, according to Baker-Hughes, and layoffs in the industry are widespread.

Storage facilities are rapidly filling up, which could force producers to shut-in their wells or face having to pay someone to take on what they produce. More producers and service firms are expected to seek bankruptcy protection or fold up, resulting in a surge of orphaned wells.

While oil companies must apply to drill a well, they don’t have to inform the state when they are shutting one down, something COGCC commissioner Brenda Haun said Thursday left her “stymied.”

“There should be a form or report or something of shut-in wells so we can track issues with wells that aren’t properly shut-in,” she protested. “There are a myriad of issues.”

State regulators started a technical study or white paper on Monday to look at the ramifications of more well shut-ins. They will be in a position to answer specific questions at a May 11 meeting, said Jeff Robbins, director of the COGCC.

“That is something we will be working on: How big of a concern are orphan wells becoming?” he said. “At this point, I don’t see it as a big concern. We will keep our eyes on it If it becomes an issue, and we will certainly address it.”

Last year, the Colorado legislature passed SB 19-181, which required a major revamp of oil and gas regulations in the state and a redefinition of the mission of the COGCC from primarily promoting oil and gas production to protecting public health and the environment.

Nine commissioners, mostly volunteers, have worked on the rule changes. But just as they were getting to redefining the COGCC’s core mission, the COVID-19 outbreak delayed public meetings. The heavy lifting will now fall to a professional committee with seven paid members that takes over July 1, per state statute.

Robbins said his goal is to hold public hearings from Aug. 24 to Sept. 10, provided the rules are loosened enough to allow that. But the rule changes have a passionate following. More than 240 participants were on Thursday’s hearing conducted on Zoom.

A virtual meeting complicates the exchange of opinions and arguments, but the COGCC is ready to conduct virtual hearings if it doesn’t have any other alternatives.

Lynn Granger, executive director of the API Colorado, an industry group, thanked Robbins and the commission for delaying the hearings so more of the public could participate.

“These are challenging days for our community, but we stand ready to work collaboratively and in good faith with all parties and stakeholders at the appropriate time,” she said.

She also said the state’s petroleum industry would continue to emphasize compliance even as it faced unprecedented financial challenges.

“We and our members will continue to work diligently with state agencies to ensure that any actions taken prioritize public health, safety and the environment,” she said.

Robbins expects the final rules will be ready by Nov. 1, ahead of the election. One goal of that deadline is to head off ballot measures that will be addressed in the new rules. He also expressed remorse that the commissioners wouldn’t get to see the rulemaking all the way through.