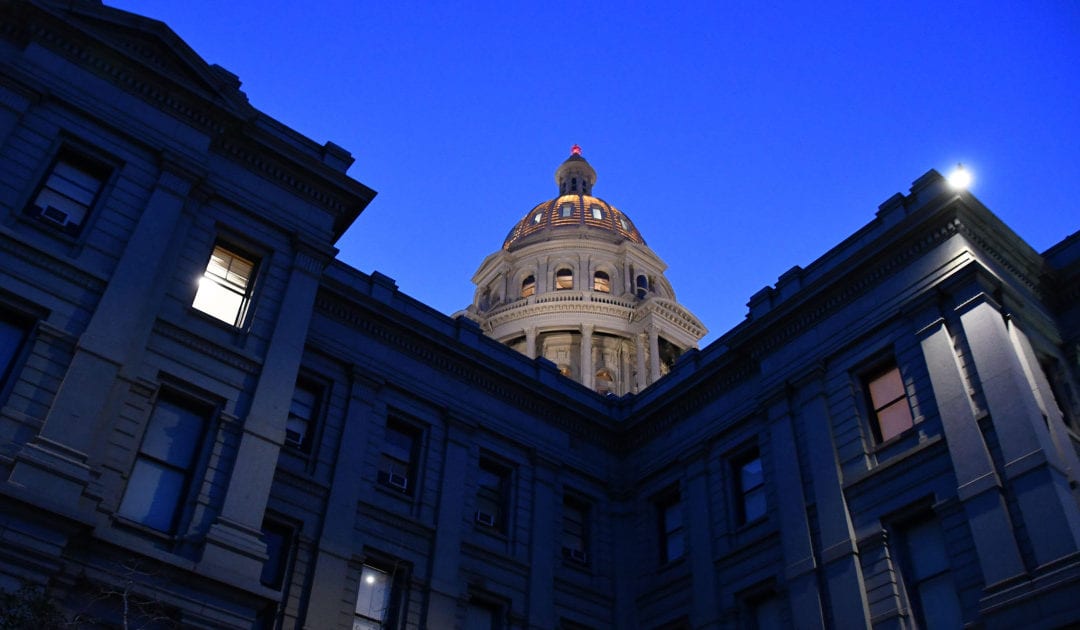 Colorado officials anticipated a diverse group of more than 1,000 applicants would be interested in serving on each of two panels voters created to redraw electoral representation districts.

Instead, they got a fraction of that number and a group that does not reflect the diversity of the state. That sparse response has led officials and advocates to sound the alarm just days before Tuesday’s application deadline.

The backers of the ballot measure that created the panels even sent out an unsolicited text message to Colorado voters on Friday asking them to apply. It’s not clear who sent it or how many people received it.

The shortfall in applications is disappointing, but not a threat to the feasibility or structure of the panels themselves ahead of the deadline, said Julia Jackson, a member of the Colorado Legislative Council staff who works on redistricting issues.

The lack of applications could make it difficult for the state to meet the requirements outlined by the voter-approved amendments that created the new system. Colorado’s struggles are unique among the small group of states that have implemented similar reforms, but Jackson said the state still has enough qualified applicants.

Voters created the two commissions in 2018 by passing Amendments Y and Z. The former created the Independent Congressional Redistricting Commission, which replaced a system wherein the state legislature drew the congressional districts for Colorado’s seven members of the U.S. House of Representatives.

Amendment Z created the Independent Legislative Redistricting Commission, which replaced the Colorado Reapportionment Commission, a system that had been around since 1974 to draw legislative districts for the state legislature. Six of the 11 members of the commission could be from the same party and approve any legislative districts, which left it vulnerable to partisan motivations in its decision making.

Coloradans approved the dual Amendments two years ago, and many voters were motivated by the belief that the old system was vulnerable to gerrymandering. The new measures have a series of safeguards to ensure they are nonpartisan, but those could be jeopardized by a dearth of candidates.

A judicial panel will whittle down the initial applicant pool to 50 Republicans, 50 Democrats and 50 independents. Jackson said enough people have applied in order to make that possible, but that could change, as the state rejected 20-25 of an initial round of applicants because they did not meet voter history and registration requirements. “If that trend holds up it could bring some of our numbers below the 50-person pools,” Jackson said via email.

Two other states that have a similar redistricting panel did not have a problem recruiting members. California had more than 20,000 people apply for it’s redistricting commission, but it’s applicant pool, too, was largely white and male. The West Coast giant has about 7 times the population of Colorado, but 34 times as many applicants.

The story is similar in Michigan, where more than 6,000 people applied to that state’s redistricting commission. That’s 10 times as many applicants, despite Michigan having 1.6 times Colorado’s population.

The reason for Colorado’s shortcoming has little to with a lack of civic engagement among its residents, given that the state’s voter turnout is among the best in the nation. Instead, Jackson attributed the shortfall to bad timing. The election, she said, drew so much attention that few people were thinking about redistricting, and the coronavirus pandemic hampered recruitment efforts.

“I think this deadline, which is in the (state) Constitution, has been a problem for us,” Jackson said.

The underwhelming number of applicants is exacerbated by a lack of diversity among those who have applied. Amendments X and Y require the state commission to reflect “Colorado’s racial, ethnic, gender, and geographic diversity.” But so far, both pools of applicants are disproportionately white, over the age of 60 and male.

The demographic numbers mean the panels could be at risk of not being representative of Colorado’s population. The congressional applicant pool is 32% women, according to data provided by Jackson and analyzed by The Colorado Sun. The legislative pool is 37% women. In the state, census figures show just under half of Coloradans are female.

Eighty-nine percent of legislative applicants and 78% of congressional applicants identify as caucasian. Colorado is 87% white. Fifty-one applicants between the two pools of candidates are Hispanic or Latino and 17 are Black. The majority of applicants to both panels are over the age of 60.

But despite the dearth of diverse applicants, there could be ways to ensure the panels stil meet the diversity requirements outlined by the amendments that created them. “If it got to the point that the first six were all old white guys, there would be a lot of pressure on the last step in the process to meet the diversity goals,” Jackson said.

Olivia Mendoza, the Colorado director for the anti-gerrymandering organization All on the Line, said the skew of the applicants wasn’t due to a lack of interest among other identity groups, but in part because of some “fundamental challenges” imposed by the commissions.

They require a significant time commitment and commission members receive only a small per diem. “That really does narrow who can actually apply when you have those constraints,” Mendoza said.

The deadline for applying is near, and Mendoza encouraged interested Coloradans to apply. “Although there’s not a lot of time, we still do have time, so individuals absolutely should engage in this process,” she said.