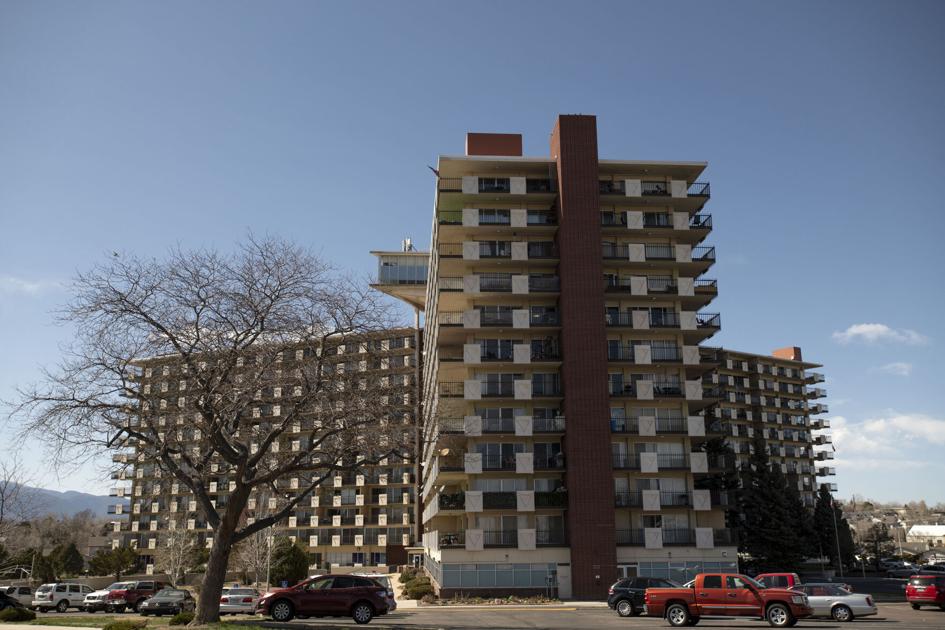 The state health department paused administration of the coronavirus vaccine at Dr. Moma Health and Wellness Clinic, located inside the Satellite Hotel in southeast Colorado Springs, on Friday after El Paso County Public Health officials observed the clinic during its vaccination process earlier in the day, Jared Verner, deputy public information officer for the county health department, told The Gazette on Saturday.

The state health department suspended the clinic’s ability to administer the vaccines “as a result of irregularities in vaccine storage and handling” observed by county health officials, according to a news release from the state health department sent late Friday. Investigators are working to determine if actions observed Friday were isolated or ongoing, the release added.

On Saturday, Verner said investigators will also look into whether vaccine administration documentation protocols were followed.

“There is particular concern about possible temperature excursions and lack of regular temperature monitoring as required for participation in the COVID-19 vaccination program,” he said.

The clinic will not receive doses while the investigation is ongoing, according to the state health department.

On Friday, Guard members confiscated thousands of doses from the clinic, which was administering both Pfizer and Moderna, and brought them to the state lab. One hundred and fifty doses in pre-drawn syringes “will have to be wasted because the state is unable to verify that proper handling and temperatures were maintained,” Verner said.

The state health department must complete its investigation before determining what to do with the remaining 3,000 doses, he said, adding that the department is consulting with the U.S. Centers for Disease Control and Prevention and vaccine manufacturers.

More than 1,000 appointments were canceled at the location for Saturday, in addition to 6,000 appointments scheduled through May 8, according to the state health department. The clinic had been administering the vaccine since March 1, Verner said Saturday.

Individuals who had vaccine appointments scheduled will be contacted by the state regarding rescheduling, but can reschedule themselves “with any available COVID-19 vaccine provider they choose,” Verner said. “The state will also follow-up with these people to offer appointments through El Paso County Public Health, and the two agencies are working through the logistics of making appointments available.”

Dr. Moma Health and Wellness Clinic is run by Sylvienash Moma, who holds a doctorate in nursing practice degree but is not a medical doctor. According to the clinic’s website, the services it offers are largely aesthetic, including facials, laser hair removal, acne treatment, tattoo removal and Botox injections.

Attempts by The Gazette to contact the clinic for comment have been unsuccessful. The clinic does not appear to have voicemail service. Its website shows that it is open Saturdays from 9 a.m. until 4 p.m. but was closed early Saturday afternoon. A sign was posted outside the office door that read: “Dr. Moma Health & Wellness Clinic is offering COVID-19 vaccinations!”

Meanwhile, patients who already received their inoculations at the clinic are wondering if they will need to be revaccinated. The clinic had administered nearly 4,000 vaccines prior to Friday, according to state health officials.

Alison Christofferson, who received her first dose of the Pfizer vaccine at the medical spa April 1, said she initially thought Dr. Moma was a physician.

“After I made the appointment, I looked the place up, and found that it was a medical spa,” Christofferson said. “But I thought, ‘If they can give Botox injections, they should be able to give a shot.'”

She received an email late Friday saying that the state health department had paused administration of the vaccines at the clinic.

“My first thought was, ‘Oh my gosh, I should have followed my gut and never gotten vaccinated there,’” Christofferson told The Gazette on Saturday. “It seemed fishy. But I wanted the vaccine, so I overrode my gut.”

Christofferson received word about the suspension because she had a second appointment scheduled with the clinic. But Sue Aspenson, who received her second dose Friday, received the news from a friend who is a contact tracer.

“She contacted me (Friday) night and told me we would probably see something on the news (about the suspension), but not to freak out about it,” Aspenson said. “But of course, I freaked out about it.”

Aspenson said she has scoured the El Paso County Public Health website in an attempt to figure out what her next move should be. She has seen guidance from health officials for those who need to reschedule vaccine appointments, she said. But “what about people who already received both shots? I can’t seem to get any answers.”

Christofferson, who is due to receive her second dose in about two weeks, is waiting for guidance from health officials before she schedules an appointment with another clinic.

Aspenson is hoping health officials will tell her — and others who received two doses from the wellness clinic — what to do next.

“If I received a legitimate dose, then I don’t want to put more chemicals in my body,” she said. “But if the dose is no good, I still need the vaccine.”