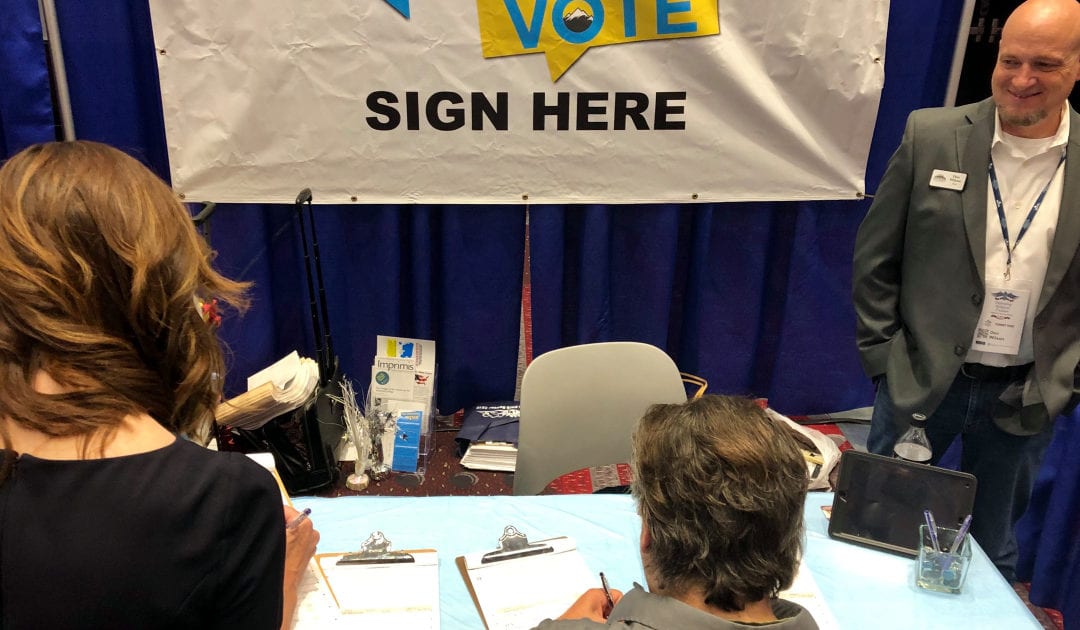 In a national first, Colorado voters are leaning toward joining the national popular vote movement to change the way the U.S. picks presidents.

Voters considered whether to uphold a 2019 law that entered Colorado into the national popular vote interstate compact, whose member states pledge their electoral votes to whichever candidate wins the most votes across the country.

The measure does not apply to the 2020 election, and would not take effect until states with 270 electoral votes among them agree to join the compact.

The initial vote totals released shortly after 8:45 p.m. Tuesday show 53% of voters support the national popular vote compact and 47% want to repeal the law, according to results posted by the Secretary of State’s Office. The margin is too close for supporters to declare victory yet.

Colorado voters are the first in the nation to decide on the national popular vote issue. Legislatures made the decision in the other 14 states that are part of the compact.

The Democratic-led Colorado General Assembly joined the interstate compact with passage of Senate Bill 42 and Gov. Jared Polis’ signature in 2019. Last year, Polis said “the Electoral College system is kind of an antiquated, undemocratic concept” and he wanted “to get rid of it.”

The ballot measure is the first time since a tax increase on oleomargarine was rolled back in 1932 that voters have been asked to confirm or repeal a law. Colorado’s constitution gives voters the ability to overturn laws approved by the state legislature. (Colorado voters added the power through referendum in 1910. A similar process exists in 22 other states.)

If it were to take effect, the compact would fundamentally change the way the nation has elected presidents for the past 200 years. Colorado’s vote has national ramifications because the decision will represent the direct preference of millions of voters on the issue.

But it’s unlikely the Electoral College will change anytime soon. An unfavorable national political landscape for the effort, combined with the near certainty that it will face legal challenges, means an uphill battle.

The day after the governor signed the bill into law on March 15, critics started collecting signatures needed to challenge it on the ballot. By midyear, leaders of Coloradans Vote, the group opposing the law, announced they had gathered 150,000 signatures — enough to ask voters to repeal the measure.

The effort to repeal the law drew some national attention, as out-of-state cash flooded the race on either side of the issue.