Colorado mushroom hunting: What you need to know before you forage 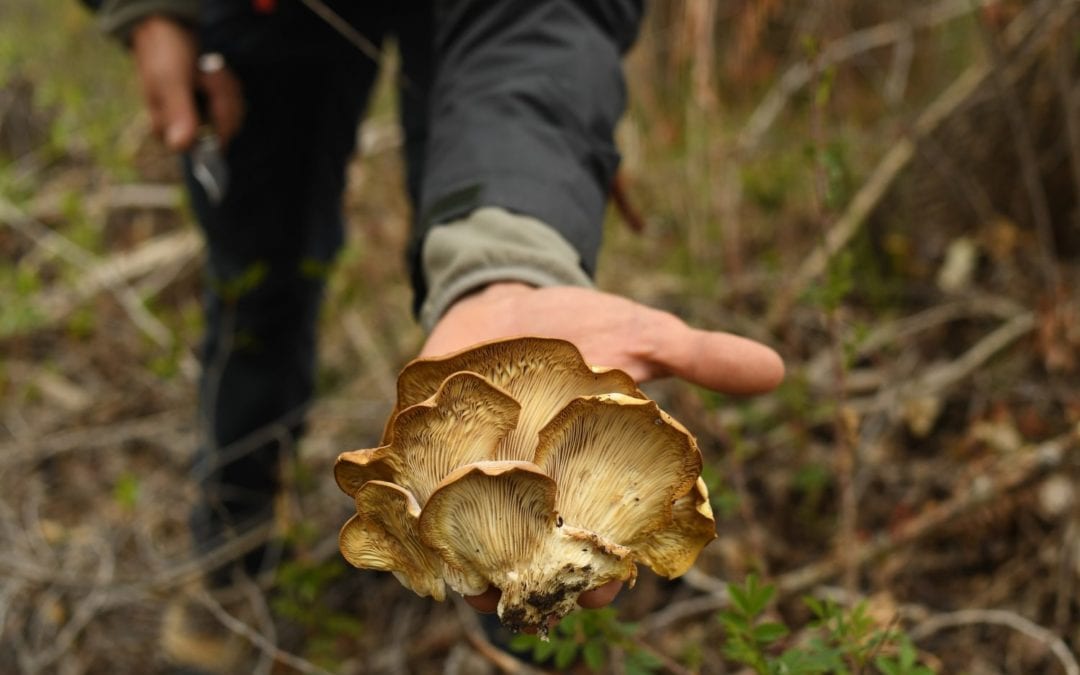 After weeks of research, Taylor Goodwin and Cat Barthel hopped in the car and drove to a top-secret spot near Fort Collins.

They spent a recent Saturday traipsing around the wilderness, keeping their eyes peeled for the distinctive honeycomb pattern of morel mushrooms.

On their first-ever mushroom hunt, they returned home victorious with 32 morels, which they promptly breaded and fried for dinner.

Not only were their findings delicious, but the mushrooms also meant Goodwin and Barthel could save a bit of money and avoid going to the grocery store, at least temporarily. Every little bit helps during a pandemic.

“I really like the idea of being able to feed yourself and not having to rely on a grocery store or something like that, especially today when we’re hearing about food shortages,” said Goodwin, 28.

As the coronavirus pandemic stretches on, more and more Coloradans are taking matters into their own hands when it comes to food. Though mushroom hunting and foraging for edible plants have long been popular here and elsewhere, these hobbies are attracting newcomers this spring, in large part because of the pandemic.

Between panic-buying at grocery stores and disruptions to the nation’s food system, many Coloradans are starting to think twice about where and how they get their food. And, unfortunately, because of layoffs and furloughs, they’ve got more time on their hands to delve into time-consuming hobbies, especially those that can help put food on the table.

“It would be pretty cool if more people were a little more self-sufficient, whether that’s foraging or gardening, hunting or fishing,” said Orion Aon, who teaches foraging classes and runs the educational website Forage Colorado. “Even if it’s as simple as gardening in your backyard. There are a lot of benefits to doing that — learning how food is made and where it comes from.”

But before you start sauteing the first mushrooms you find on the ground, there are a few things you should know as an amateur mushroom hunter. Of course, these tips are just a jumping-off point for mushroom hunting. If you’re really serious, there are plenty of books, as well as knowledgeable experts with years of experience, to tap into.

A wide variety of edible mushrooms grow in Colorado, at different times of year and at different elevations. The main mushrooms that people hunt for are morels, oysters, porcinis, chanterelles and matsutakes. Other slightly less popular but still yummy varieties include lobster mushrooms and shrimp russulas, which both have a distinctive seafood-like taste and smell.

Mushroom hunting season typically begins along the Front Range in April and extends through September, depending on the weather. In the mountains, the season starts a bit later.

“You can start low and follow them up in elevation as the summer progresses,” said Aon, 30, who lives in Fort Collins.

In general, morels appear first in Colorado, followed by porcinis, chanterelles and matsutakes. Oysters grow whenever and wherever their preferred conditions are met.

Mushrooms — which are the fruits of fungi — often have a relationship with a specific tree or plant, so you’ll also want to spend some time studying each mushroom’s growing partner.

You’ll discover that experienced mushroom hunters tend to be pretty protective about their favorite mushroom hunting spots, though there are several foraging guides who will take you out with them. In addition to providing tasty mushrooms to Colorado restaurants, Heim teaches classes and takes mushroom hunters out on guided forays, for example.

Also, keep in mind that just because a mushroom is edible doesn’t mean it’s worth eating.

“Many of them are edible, but so is paper,” Heim said. “So, yes, edible, fine, if it was a survival situation. Yeah, you can eat that mushroom, but is it delicious?”

You’re probably well aware that some types of mushrooms are poisonous if you eat them. That’s a great assumption to have when you approach mushroom hunting, and not an overreaction in the slightest.

You need to be 100 percent sure that you understand what you’re eating, which means correctly identifying the mushroom. Beware, as there are a lot of mushroom lookalikes out there.

And if you’re bringing home more than one type of mushroom, keep them separated for the journey, just to be safe. Mushrooms are extremely delicate and will break apart and mix together; once they’re combined, it will be incredibly difficult for you to know what you’re eating.

“What if one of them is edible and one’s not and you eat them and get sick? How are you going to tell which one it is?” said Heim. “It gives you peace of mind at the very least.”

Being safe also extends beyond mushroom identification. Even if you know what type of mushroom you’re looking at, consider its condition. Is it rotting? Is it old? Would you eat something in your refrigerator in a similar condition?

“It is food, right? So if you were buying it in a store and it’s sketchy … would you buy it?” said Aon.

As with any outdoor pursuit, there are some basic etiquette principles to keep in mind.

For starters, always make sure you’re following the rules and regulations of the land. Colorado is home to state parks, national parks, national forests, national grasslands, local parks and open spaces — the list goes on. Each designation comes with its own set of rules, and you may need a permit. Your safest bet is to simply call the ranger station or appropriate office.

Once you’ve got the OK to forage on public land, follow general “leave no trace” practices, the same way you would if you were hiking, camping, mountain biking and any other outdoor activity. Don’t leave anything behind and make sure the land is as good or better than when you arrived.

Don’t yank mushrooms out of the ground. Instead, cut them off at the stem with a knife. And if you stumble upon a honey hole, don’t be greedy. Leave mushrooms behind for other hunters.

4. Bring and wear the right gear.

In general, mushroom-hunting gear is a lot like hiking gear: sturdy shoes, long pants, hat, sunscreen, bug spray and lots of drinking water. Check the weather forecast and don’t put yourself or others in danger.

Beyond that, you’ll want a sharp knife and a bag for bringing mushrooms home. Heim recommends a canvas tote bag, a mesh bag or a basket, which allow the mushrooms to give off their spores (and potentially reproduce) even after you’ve picked them.

You’ll also want to invest in a good field identification guide book specific to Colorado. Though these books can be overwhelming at first, just take it slow. Flip through the pages so you become incrementally more familiar with what mushrooms and edible plants look like, what they smell like and where they grow.

Start in your yard and, eventually, you’ll progress to finding good stuff to eat out in the wild.

“It’s a really fun and easy hobby to self-teach, if you’re willing to apply yourself to learning it,” said Aon. “It’s as simple as walking around, picking a plant or mushroom you see and working until you figure out what it is.”

If you decide to try finding your own foraging spot, just remember that many mushrooms-hunters have years of experience behind them. You may not find delicious, edible mushrooms on your first, second or even third try. That’s exactly why certain types of mushrooms are so coveted.

Don’t call it quits just yet. Explore new places and be persistent. Eventually, it will pay off.

“The reason you find mushrooms that are super expensive is because they’re seasonal,” said Heim. “There’s a small window in time every year that people, crazy nut-jobs like myself, will go out into the forest and find these mushrooms and bring them back to market. That takes time, expertise and a lot of energy.”

Other resources for mushrooms in Colorado: