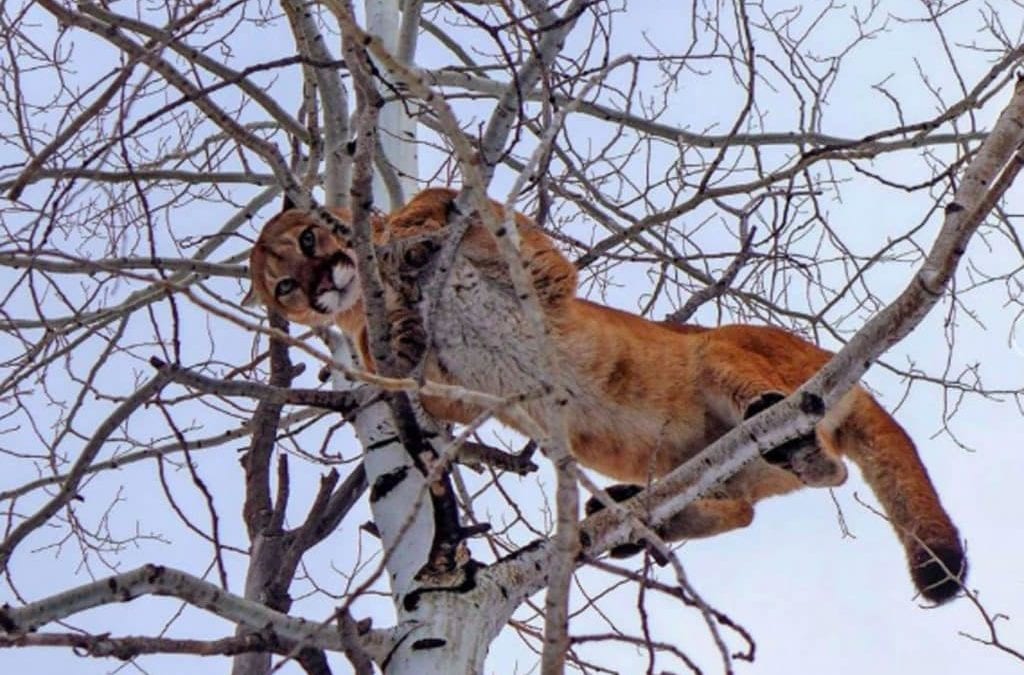 Colorado officials are basing their plan on a statewide estimate of 4,000 to 5,500 lions today

bears in Colorado as the last surviving large carnivores, eating mostly elk and deer. These solitary cats weigh up to 150 pounds, run as fast as 50 mph and can leap 40 feet.

Colorado Parks and Wildlife managers say they’re compelled to allow hunting to control mountain lion numbers amid a human population growth and development boom drawing more people onto lion habitat. They point to “conflicts,” saying staffers received 116 calls about lions over 13 months from people in the Roaring Fork and Eagle River valleys. In one case, a lion was brushing up against stopped vehicles before it and another lion were found dead a few days later along Highway 82. Lions also have raised alarms by wandering near a school and homes, where they occasionally snatch pets.

Colorado officials are basing their plan on a statewide estimate of 4,000 to 5,500 lions today, half a century after bounty killing pushed this species toward extinction.

The CPW 10-year plan, up for approval this summer by state wildlife commissioners, calls for preserving mountain lions while also giving opportunities to hunters, who currently are allowed to kill lions at levels intended to reduce numbers across 11,372 square miles in western Colorado designated for “suppression.”

Now more than ever, your support is critical to help us keep our community informed about the evolving coronavirus pandemic and the impact it is having locally. Every contribution, however large or small, will make a difference.

Each donation will be used exclusively for the development and creation of increased news coverage.

Start a dialogue, stay on topic and be civil.
If you don’t follow the rules, your comment may be deleted.