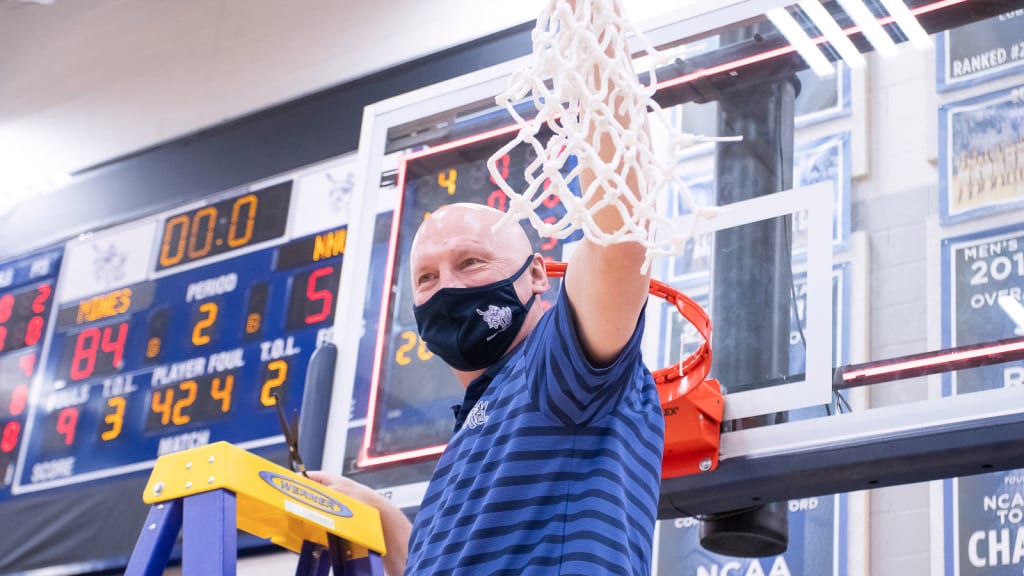 In Pryor Orser’s 20 seasons as the head basketball coach at Colorado School of Mines, the team went from a middling RMAC program to a Division II powerhouse with 11 NCAA tournament appearances, including eight straight.

Now, Orser’s Orediggers, who never made the tournament prior to the coach’s arrival in Golden, are seeking more history Wednesday in the Elite 8. Mines, a program built off of continuity, takes on Lincoln Memorial in Evansville, Ind., where a win would secure the school’s first Final Four berth.

“We redshirt, we develop, we keep guys in the program,” Orser said. “You don’t see Colorado School of Mines guys sitting in the transfer portal year-in and year-out… The only turnover we have is when guys graduate and go get a lucrative job, and we had everybody back this season.”

Plus, senior forward Titus Reed (Chatfield) and sophomore guard Trent Dykema (Silver Creek) have been leaders off the bench for No. 5 Mines.

The Orediggers had their tournament dreams canceled last season due to the pandemic, but now gets its first-ever matchup against No. 4 LMU. The winner at the Ford Center meets either No. 1 West Texas A&M or No. 8 Daemen.

“(A national championship) is our final goal,” said Sullivan, the RMAC Player of the Year. “Obviously we’re excited to have made it this far, but we want to go all the way.”

At 18-2, Mines’ lone losses this season came to Colorado Mesa, which fell to Northwest Nazarene in the second round. The Mavericks won 64-58 against the then-top-ranked Orediggers on Feb. 20 at Lockridge Arena, and then beat Mines again in overtime, 75-74, in the RMAC championship in Grand Junction.

“They came in and played terrific against us, and we didn’t play well,” Orser said. “Then when we had the rematch over there, we had a chance to win the game and we didn’t. They hit some tough shots. But we left there feeling really good about our team. We thought we were getting better. Our bench was coming on — Dykema, Reed, (redshirt freshman) Kai Barr — and those guys were really starting to play well and give us quality depth.”

The Orediggers’ defense, which has been elite all season, will be key against a high-octane Railsplitters offense. Mines ranks third in D-II by limiting opponents to 60.5 points per game while forcing an average of 14.4 turnovers. But LMU is fifth in average points scored at 92.8, including being ranked first in average margin of victory (22.8), second in field goal percentage (52.7%) and third in made 3s (253).

Despite LMU’s firepower — the Railsplitters are coming off a 103-point effort in the regional final and have five scorers averaging double-digits — Orser is confident. Mines has been effective altering shots, ranking sixth with 4.8 blocks per game.

“I like our matchup defensively,” Orser said. “We’re big, we rebound well, we’ve got big wings and we make people shoot over the top. We don’t give up a lot of offensive rebounds for the most part, either. We have to keep them in front of us and make them shoot tough shots… And their center (junior Jordan Guest) shoots threes. He made ten threes last game and he’s 6-foot-9. We have to be there on the catch to guard him and others.”

Tip-off for Wednesday’s game, which will be Mines’ second Elite 8 appearance, is at 11 a.m.

Mines guard Brendan Sullivan, a Highlands Ranch alum, shoots over a defender during the Orediggers’ win over Northwest Nazarene on March 15 in the NCAA Division-II West Regional final in Golden. (Courtesy of Kris Parker, Mines Athletics)