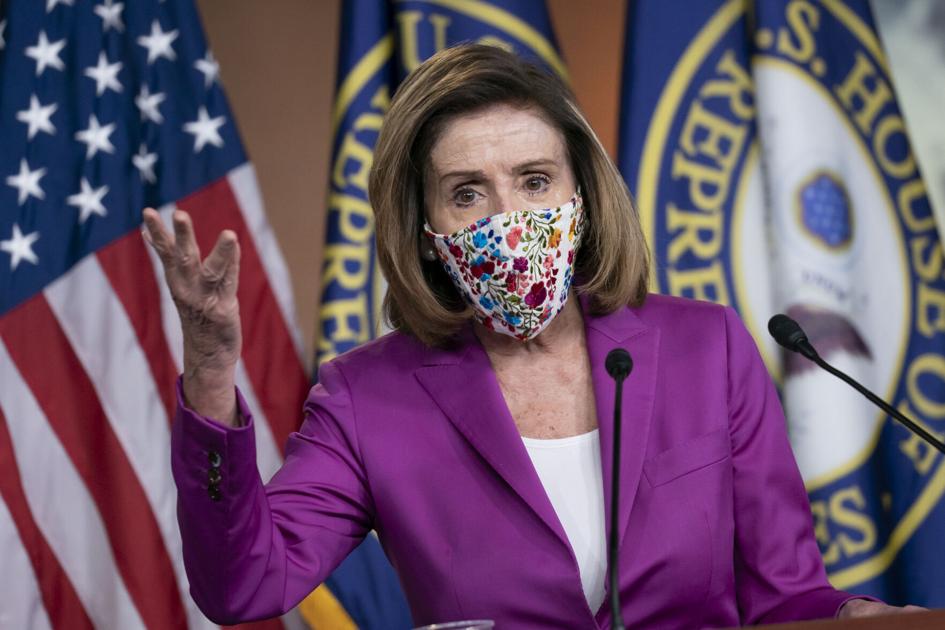 A Colorado man who threatened to kill House Speaker Nancy Pelosi last week and drove to Washington D.C. — planning to attend the riot at the U.S. Capitol — hauled more than 2,500 rounds of ammunition, a handgun and a rifle in his camper-style trailer, according to documents filed in federal court Wednesday.

Cleveland Grover Meredith Jr. was arrested Thursday inside his room at a D.C. Holiday Inn and has been charged for allegedly making the threat and unlawful possession of a firearm and ammunition, a federal criminal complaint stated.

Meredith, whose age was not available, missed the riot after he stopped to fix his trailer lights on his drive from Colorado across the country, documents stated.

He arrived in D.C. late on Jan. 6, and made several threats, including in a Jan. 7 text message accompanied with a purple devil emoji, stating that he wanted to put “a bullet in (Pelosi’s) noggin on Live TV.”

In several other messages, he threatened to run Pelosi over with his truck, kill the mayor of Washington, D.C., and behead people, stating he was “Ready to remove several craniums from shoulders,” documents stated.

“I predict that within 12 days, many in our country will die,” he wrote according to court documents.

Shortly after arriving in D.C., authorities said he got out of his truck, headbutted a pedestrian and assaulted him on the ground before driving away.

According to a request for pretrial detention filed Wednesday, Meredith is a Colorado resident, though it remains unclear how long he was in the state or his current address.

The Atlanta Journal-Constitution reported that he lives in Georgia, where in 2018, he reportedly erected a billboard that read “#QANON” along with the name of his business, Car Nutz Car Wash.”

He told the newspaper that he put up the QAnon billboard because he was “a patriot among the millions who love this country.”

Federal prosecutors argued he should stay in jail until his criminal case is complete to protect residents and leaders of the community, according to documents filed Wednesday.

“A clearly disturbed, deranged, and dangerous individual that fantasizes about committing horrific acts of violence and takes countless steps to carry them out by driving across several states with a trailer stocked with thousands of rounds of ammunition and multiple firearms—including an assault-style rifle—should not remain in the community,” the documents stated.

The Department of Justice said Meredith was one of 13 people who had been charged in federal court after a violent pro-Trump mob stormed the Capitol and disrupted Congress as it was certifying the count of electoral votes.