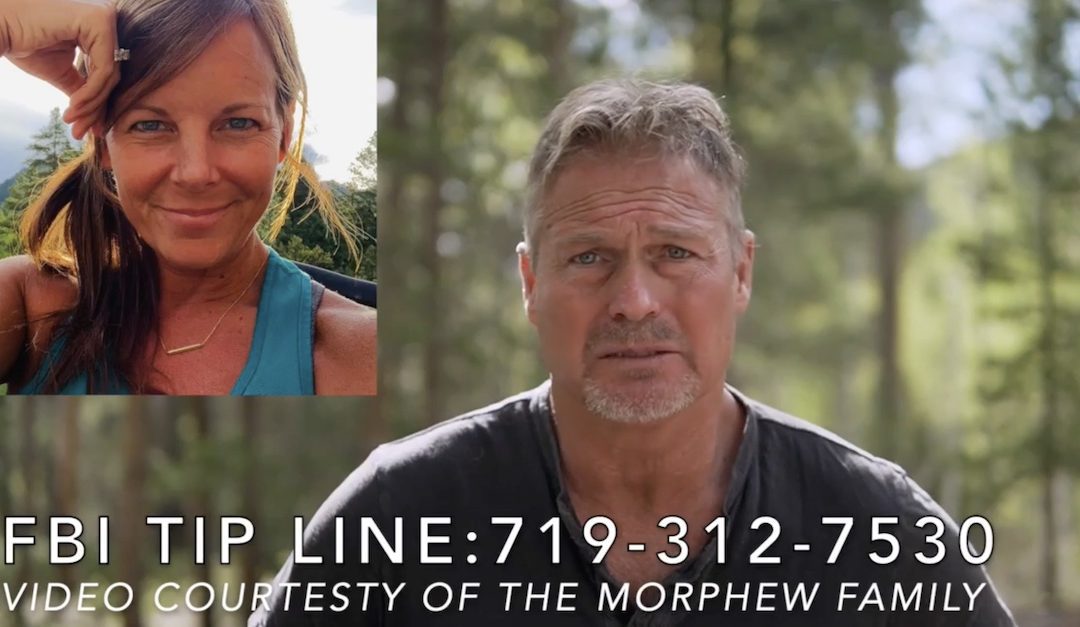 A husband who publicly pleaded in a video for his 49-year-old wife Suzanne Morphew’s safe return days after she went missing on Mother’s Day in 2020 is now charged with first-degree murder in her death. Barry Morphew, 53, faces murder and evidence tampering charges just under a year after Suzanne disappeared. He was arrested on Wednesday.

Investigators with the Chaffee County Sheriff’s Office said they first learned about the case on May 10, 2020 after a neighbor reported her missing. Suzanne Morphew, a mother of two, went out for a bike ride, but did not return. A search ensued and eventually it was reported that authorities found Morphew’s bike.

On May 17, 2020, Barry Morphew actually appeared in a video pleading for Suzanne’s safe return.

In light of the murder charges that were just handed down, this may remind some of how Colorado man and convicted murderer Chris Watts reacted after his pregnant wife Shanann Watts and his two daughters Bella, 4, and Celeste, 3, were reported missing.

“Shanann, Bella, Celeste … if you’re out there, just come back,” Watts said on the local news.

Bob Morphew, Barry Morphew’s uncle who lives in Indiana, told Fox 21 News in May 2020 that Suzanne was “one of the sweetest people you would ever want to meet.” The uncle rejected the idea that his nephew could have played a role in her disappearance.

“I think they can bury that kind of thought,” he said.

“They’re a loving couple and I’ve never seen any kind of unhappiness with each other or produced by either one of them,” Bob Morphew added. “What you saw on that video from Barry the other day that’s exactly Barry and that’s exactly how he feels. He loves her and he wants her back, he wasn’t putting on. I think anybody that ever knew them at any point in their married life would tell you that they were as loving of a couple as you would find anywhere.”

In Sept. 2020, allegations of foul play against Barry Morphew started to intensify.

Alberto Luperon contributed to this report.

The post Colorado Man Who Pleaded for His Wife’s Safe Return After She Went Missing on Mother’s Day in 2020 Is Now Charged with Murder first appeared on Law & Crime.