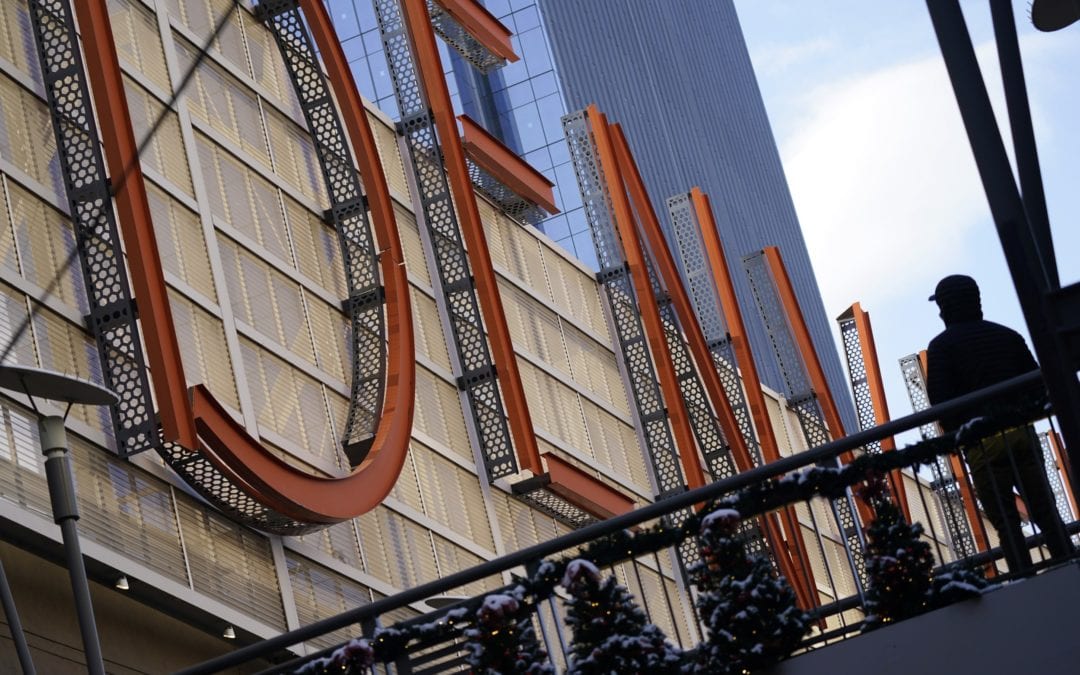 DENVER — A new variant of the coronavirus that may be more contagious has been found in a Colorado man who had not been traveling, triggering a host of questions about how the first reported U.S. case of the new version showed up in the Rocky Mountain state.

The new variant was first identified in England, and infections are soaring now in Britain, where the number of hospitalized COVID-19 patients has surpassed the first peak of the outbreak in the spring. The new variant has also been found in several other countries.

Colorado officials were expected to provide more details at a news conference Wednesday about how the man in his 20s from a mostly rural area of rolling plains at the edge of the Denver metro area came down with the variant. Gov. Jared Polis announced the case Tuesday, adding urgency to efforts to vaccinate Americans.

For the moment, the variant is likely still rare in the U.S., but the lack of travel history in the first case means it is spreading, probably seeded by travelers from Britain in November or December, said scientist Trevor Bedford, who studies the spread of COVID-19 at Fred Hutchinson Cancer Research Center in Seattle.

“Now I’m worried there will be another spring wave due to the variant,” Bedford said. “It’s a race with the vaccine, but now the virus has just gotten a little bit faster.”

The man is in isolation southeast of Denver in Elbert County, state health officials said.

Colorado Politics reported there is a second suspected case of the variant in the state according to Dwayne Smith, director of public health for Elbert County. Both of the people were working in the Elbert County community of Simla. Neither is a resident of that county — expanding the possibility that the variant has spread in the state.

Public health officials are investigating other potential cases of the variant, which was confirmed by the Colorado State Laboratory, and performing contact tracing to determine its spread.

Scientists in the United Kingdom believe the variant is more contagious than previously identified ones — though they have found no evidence that it is more lethal or causes more severe illness. Experts also believe the vaccines being given now will be effective against the variant.

Still, authorities in Britain have blamed the variant for a spike in hospitalizations since a higher rate of transmission increases the likelihood that more people will become very ill.

Amid the strain on its hospitals, Britain announced Wednesday that it would prioritize giving a single dose of the newly authorized AstraZeneca vaccine to as many people as possible. The vaccine was tested with two doses a few weeks apart, but one dose is believed to give a large measure of protection against the virus. The British government now plans to give everyone a second shot about 12 weeks later.

It’s not clear exactly why the new variant appears to spread faster. It has an unusually large number of genetic changes, or mutations, particularly in areas that affect the Spike protein, according to reports by Public Health England.

“There is a lot we don’t know about this new COVID-19 variant, but scientists in the United Kingdom are warning the world that it is significantly more contagious. The health and safety of Coloradans is our top priority, and we will closely monitor this case, as well as all COVID-19 indicators, very closely,” Polis, the Colorado governor, said.

The discovery of the new variant led the Centers for Disease Control and Prevention to issue new rules on Christmas Day for travelers arriving to the U.S. from the U.K., requiring they show proof of a negative COVID-19 test.

Worry has been growing about the variant, known as B.1.1.7, since the weekend before Christmas, when Britain’s prime minister said the new variant was moving rapidly through southeast England.

Japan announced Monday it would bar entry of all nonresident foreign nationals as a precaution against the new variant.

New versions of the coronavirus have been seen almost since the virus was first detected in China nearly a year ago. It is common for viruses to undergo minor changes as they reproduce and move through a population. The slight modifications are how scientists track the spread of a virus from one place to another.

South Africa has also discovered a highly contagious COVID-19 variant that is driving the country’s latest spike of confirmed cases, hospitalizations and deaths. The variant, known as 501.V2, is dominant among the newly confirmed infections in South Africa, according to health officials and scientists leading the country’s virus strategy.