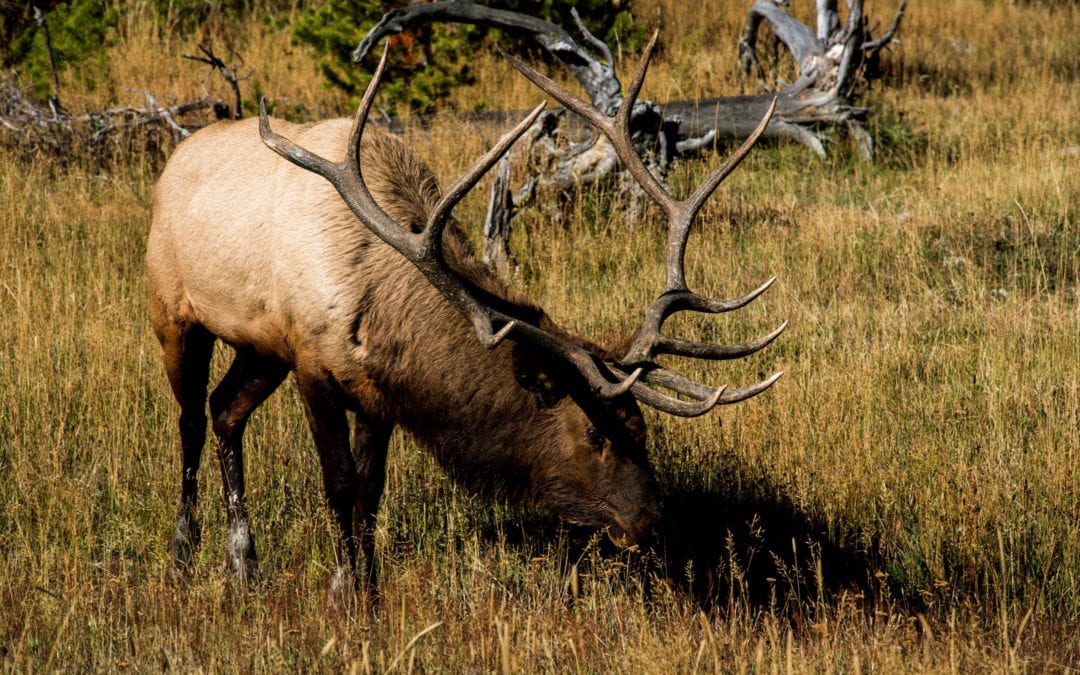 A Colorado golfer was gored by an elk on Saturday night. The man was in a golf cart at the Evergreen Golf Course when the large bull elk charged the cart and gored the man in the back.

The fire department responded to the incident and said that the man was conscious and breathing. Witnesses told CBS Denver that the bull was also charging other golf carts.

But elks are not a rare sight on the Evergreen Golf Course. In late August, reporter Sean Towle shared a photo of the golf course being “taken over” by at least 50 elks.

At least 50 Elk have taken over the golf course in #Evergreen #Denver7 pic.twitter.com/STSK03OXS8

On Friday, an elk with a can stuck on its hoof was spotted at the golf course. A wildlife officer was able to catch the bull elk and remove the can, according to the Colorado Parks and Wildlife Northeast Region (CPW NE).

The CPW NE said that the elk was a little slow waking up from the immobilization shot but he eventually got up and went on his way.

In early September, an Oregon man died after being gored by a bull elk he had shot the day before. The man had wounded the elk but was unable to find the animal, so returned the following day.

However, upon his return, the angry elk charged at the man and gored him in the neck. The 66-year-old man later died in hospital.

Also in September, a Utah man was gored in the chin when driving on the interstate. The elk had stepped into the road, and as the car hit the animal, its antler went through the windshield, goring the man in the face.

The man survived, and aside from other minor injuries such as bruising from the airbags, needed seven stitches in his chin.

Elks are in their rutting season, which usually takes place from early September until mid-October, meaning male elks can be a lot more aggressive than usual at this time of year.

During the rutting season, elk gather in mixed herds consisting mostly of females and carves, with a few bulls.

Bulls will bugle to announce their availability and to show off to the females, while warning and challenging the other bulls.

When the call is answered, the bull elks move toward one another and sometimes engage in a battle. They fight by crashing their antlers together and pushing each other. The fight for dominance rarely causes serious injury as the weaker bull typically gives up and leaves.