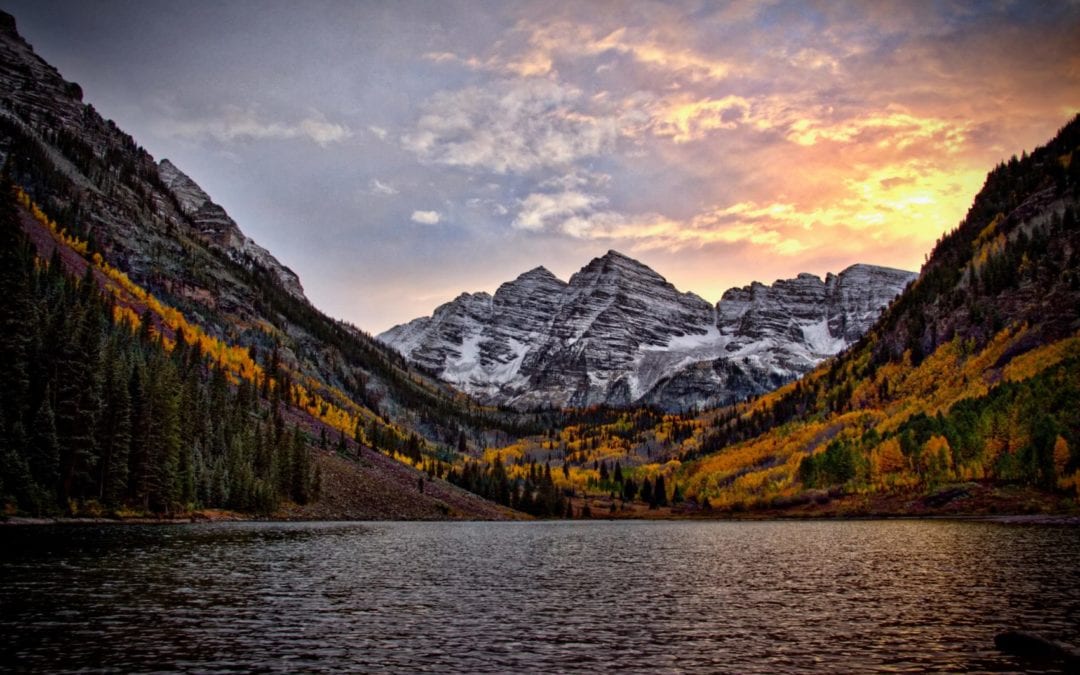 Former pro-skier David Lesh, 35, will no longer be allowed to enter the millions of acres of US Forest Service lands thanks to the Instagram picture of himself defecating into the iconic Maroon Bells Lake near Aspen, CO he shared last month.

US Magistrate Gordon Gallagher issued the ruling on Friday after Lesh failed to keep to a previous ruling that allowed him onto the lands as long as he abides by the rules. Those rules were broken with the Maroon Bells picture.

The ruling also prevents Lesh from posting any picture or video on any social media platform of himself or anyone else violating state or federal laws on any federal lands. The ruling will last while the federal case is ongoing. The federal case relates back to when Lesh posted images of himself snowmobiling in a closed Keystone Resort.

Moved to Colorado 15 years ago, finally made it to Maroon Lake. A scenic dump with no one there was worth the wait.⁣

On the US Forest Service website, the regulations at Maroon Bells Wilderness for human waste read as follows:

You must have a plan for human waste. Human waste bags (WAG) bags are highly recommended and are available free of charge at the Conundrum Creek and Snowmass Lake trailheads. WAG bags must be packed out. Learn more about how to use a WAG bag. If a WAG bag is not used, visitors are required to deposit solid human waste in holes dug 6 to 8 inches deep at least 200 feet (70 paces) from water, camp, and trails.

In April Lesh posted images on Instagram of him riding a snowmobile in a terrain park at Keystone Resort. The resort had been closed to the public since March 15th when the Colorado Governor ordered all ski areas closed due to the COVID-19 pandemic. The incident was one count of the allegations.

Moved to Colorado 15 years ago, finally made it to Hanging Lake. A first impression with no one there was worth the wait.⁣

A further five counts were tied to Lesh’s alleged entry of Hanging Lake in Glenwood Canyon on June 10, an incident again documented on Instagram.

Each charge holds a potential penalty of not more than six months imprisonment, not more than a $5,000 fine, or both, according to the document that was filed.

Back in June, Lesh was fined $500 and ordered to perform 50 hours of public service this summer for illegally riding his snowmobile near the summit of a snowless Independence Pass near Aspen, CO in summer 2019.

Lesh is no stranger to ‘bad publicity’, often engaging in stunts that garner public attention. In August 2019 he crash-landed his plane into Half Moon Bay off the California Coast, live streaming the plane sinking and the whole rescue operation.

Back in July 2014, Lesh was arrested and charged with arson, following a fire at the Virtika warehouse in Boulder, caused during the filming of a promotional video.

Lesh, a Denver, CO resident, posted pictures on Instagram in April of himself snowmobiling in a terrain park at Keystone, with the caption “solid park sesh, no lift ticket needed.”

#NEW Excuse the language, BUT moments before this video was taken, these two went down with their plane. Incredible!

No injuries, other than a few jellyfish stings.