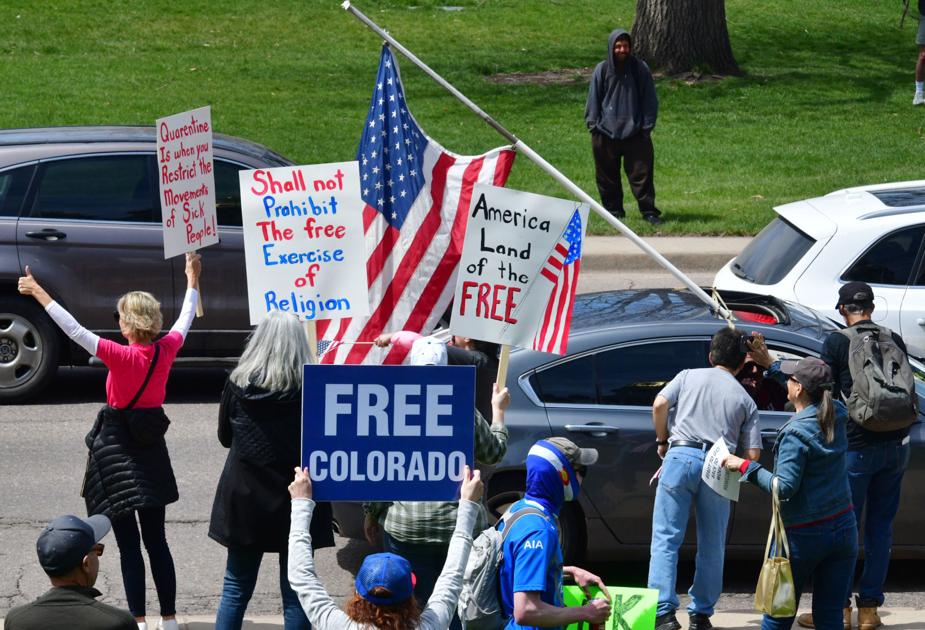 DENVER — A Colorado man arrested after the FBI found four pipe bombs at his house told investigators he planned to use them against any law enforcement officers who tried to seize his weapons, U.S. prosecutors said.

Bradley Bunn, a 53-year-old Army veteran, was arrested Friday after FBI agents searched his home in Loveland. Agents intercepted him as he walked to his vehicle to go to an armed protest at the state Capitol against restrictions meant to contain the coronavirus.

During a court hearing Wednesday to determine whether to release Bunn until he faces trial, Assistant U.S. Attorney David Tonini said Bunn told agents that he had the right to possess weapons, including land mines and artillery. While Bunn said he did not want to hurt officers, he told them any who tried to take weapons deemed illegal would be a “domestic enemy” of the Constitution and he would be willing to “take out a few” to wake people up, the prosecutor said.

A court document laying out the evidence for Bunn’s arrest said he built the bombs to defend himself against a “hard entry” in the middle of the night but did not explain who would be breaking in.

Bunn, a carpenter, had fortified his front door with three beams of wood to block anyone from getting in and was building a similar system at his backdoor, Tonini said. There were bomb-making materials on his kitchen table, along with an Army guide on building booby traps, and a fifth device was found in his garage that lacked gunpowder like the pipe bombs, prosecutors said.

A relative told investigators that Bunn had sent a text the day before his arrest saying he did not think he had long to live, which the relative took to mean Bunn had COVID-19.

Federal public defender Matthew Golla said Bunn has untreated mental health issues from serving as a rifle platoon commander in Iraq and that without his medication, he was “easy prey” for agents to make broad statements about his beliefs on weapons. He said Bunn did not intend to hurt anyone and could have gone out in a “ball of flames” if he wanted to the day he was arrested.

According to evidence from prosecutors discussed at the hearing, Bunn had given advice to protesters on how to carry guns openly without raising alarm, such as not loading rounds in front of others and keeping fingers away from triggers.

Magistrate Judge Michael Hegarty noted that Bunn did not have a criminal history and said prosecutors have not shown that Bunn posed an imminent threat. He said he was inclined to release Bunn to an inpatient treatment program at the Department of Veterans Affairs and delayed a decision to find out whether the VA could take him.