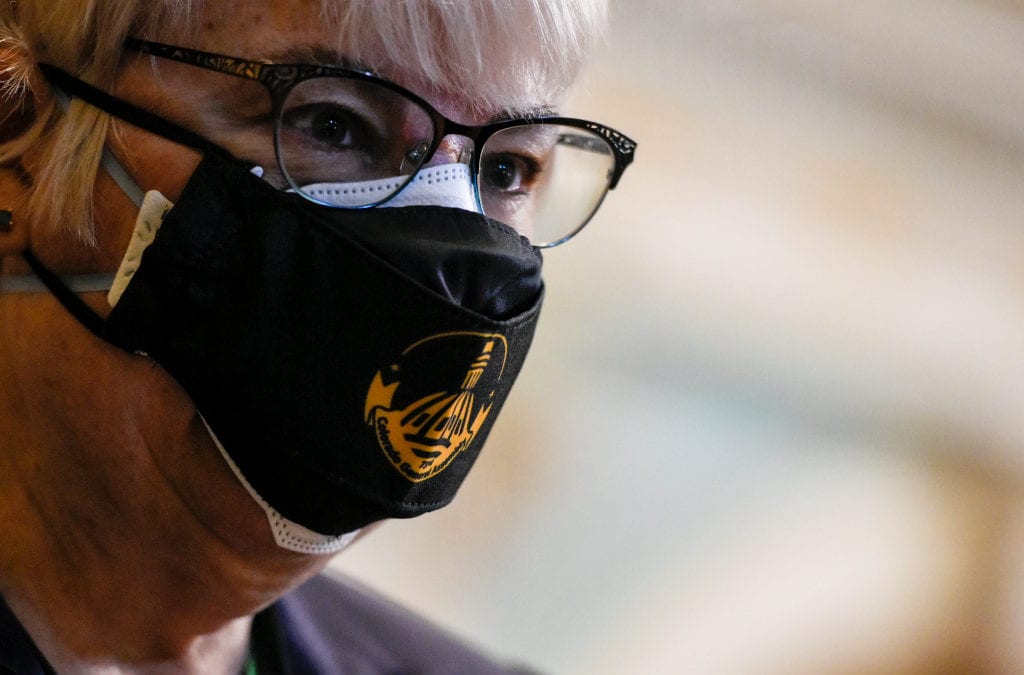 Colorado is making progress beating back the coronavirus, but residents likely will need to keep wearing masks and practicing social distancing into the summer, a member of the state’s COVID-19 modeling team said Monday.

Overall, the news is good as January comes to a close, though virus-related hospitalizations aren’t dropping as fast as they were a few weeks ago, said Beth Carlton, an associate professor of environmental and occupational health at Colorado School of Public Health.

The percentage of COVID-19 tests coming back positive fell below 5% last week, indicating there probably weren’t large numbers of undetected cases, though it popped above that threshold again Sunday.

“Colorado is in a good place compared to our neighbors,” Carlton said.

The Colorado Department of Public Health and Environment reported 706 people were hospitalized across the state with confirmed or suspected COVID-19 as of Monday afternoon. That’s about one-third the number of people receiving hospital care for the virus at the worst point in early December.

Cases also were down from the peak by about two-thirds. The state recorded 10,718 new cases last week, down from 36,758 at the peak in late November.

While it’s welcome news that cases and hospitalizations are falling again, it’s important to continue taking precautions for the next few months as the vaccination push continues, state epidemiologist Dr. Rachel Herlihy said. Hospitalizations are below their levels at the spring peak, but still about three times what they were during the low point in the summer.

“Overall, our rates do continue to be quite high,” she said during a news briefing.

Colorado is dealing with a few “competing forces,” said Carlton, a member of the state’s COVID-19 modeling team. The vaccine will gradually reduce the number of people susceptible to the coronavirus, but the state also is facing a challenge from a new, more contagious variant of the virus.

So far, individual choices and decisions not to reopen hastily have been enough to keep the virus at bay, but people will have to stick to both for some time, she said.

“If we took off all the controls now, we’d have a disaster on our hands,” according to models of how the virus spreads, Carlton said.

The state has identified 10 cases of the more-contagious B.1.1.7 variant, which was first discovered in the United Kingdom, Herlihy said. She estimated the state tests between 100 and 200 specimens each week to find out if they contain the new strain.

The state hasn’t recorded any cases of two other variants. One was found in California and appears to also be more contagious. The other is circulating in Brazil and South Africa, and appears to be relatively adept at reinfecting people who previously had mild cases of COVID-19.

Herlihy said Colorado saw a bump in COVID-19 cases during the two weeks after Christmas, but it hasn’t turned into a sustained wave. Hospitalizations didn’t increase noticeably after the holidays, but stopped decreasing for about a week. That could reflect that many of those who caught the virus at the end of December were relatively young, she said.

“We did see a clear increase associated with Christmas and New Year’s, but we’ve come down,” she said.

Since March, 387,462 people in Colorado have tested positive for the virus and 21,263 have been hospitalized. The state has reported 5,512 deaths related to COVID-19.