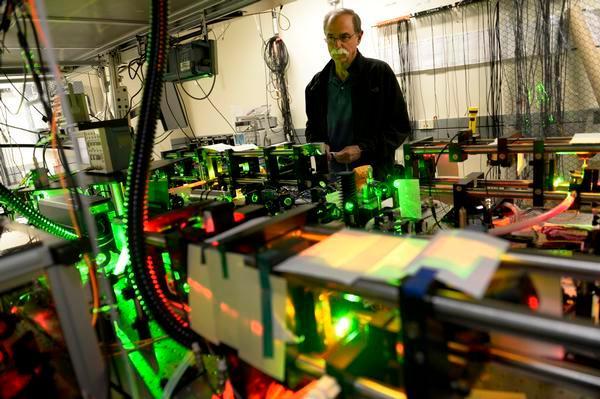 The Colorado Economic Development Commission normally doesn’t throw its weight behind unproven startups, but it did so on Thursday, approving $2.9 million in state job growth incentive tax credits to try and land a manufacturing plant that will produce hardware for quantum computers.

“Given the broad applications and catalytic benefits that this company’s technology could bring, retaining this company would help position Colorado as an industry leader in next-generation and quantum computing,” Michelle Hadwiger, the deputy director of the Colorado Office of Economic Development & International Trade, told commissioners.

Project Quantum, the codename for the Denver-based startup, is looking to create up to 726 new full-time jobs in the state. Most of the positions would staff a new facility making components for quantum computers, an emerging technology expected to increase computing power and speed exponentially and transform the global economy as well as society as a whole.

The jobs would carry an average annual wage of $103,329, below the wages other technology employers seeking incentives from the state have provided, but above the average annual wage of any Colorado county. Hadwiger said the company is also considering Illinois, Ohio and New York for the new plant and headquarters.

“Quantum computing is going to be as important to the next 30 years of technology as the internet was to the past 30 years,” said the company’s CEO, who only provided his first name — Corban.

He added that he “loves” Colorado and doesn’t want to see it surpassed by states like Washington, New York and Illinois in the transformative field.

“If we are smart about it, and that means doing something above and beyond, we can win this race. It will require careful coordination at the state and local levels. We need to do something more and different,” he said.

The EDC also approved $2.55 million in job growth incentive tax credits and $295,000 in Location Neutral Employment Incentives for Nextworld, a growing cloud-based enterprise software company based in Greenwood Village. The funds are linked to the creation of 306 additional jobs, including 59 located in more remote parts of the state.

But in a rare case of dissent, Nextworld’s CEO Kylee McVaney asked the commission to go against staff recommendations and provide a larger incentive package.

McVaney, daughter of legendary Denver tech entrepreneur Ed McVaney, said the company’s lease is about to expire in Greenwood Village and most employees would prefer to continue working remotely. The company could save substantial money by not renewing its lease and relocating its headquarters to Florida, which doesn’t have an income tax.

“We could go sign a seven-year lease and stay in Colorado or we can try this new grand experiment and save $11 million,” she said.

Hadwiger insisted that the award, which averages out to $9,500 per job created, was in line with the amount offered to other technology firms since the Colorado legislature tightened the amount the office could provide companies.

But McVaney said the historical average award per employee was closer to $18,000 and the median is $16,000 and that Colorado was not competitive with Florida given that state’s more favorable tax structure.