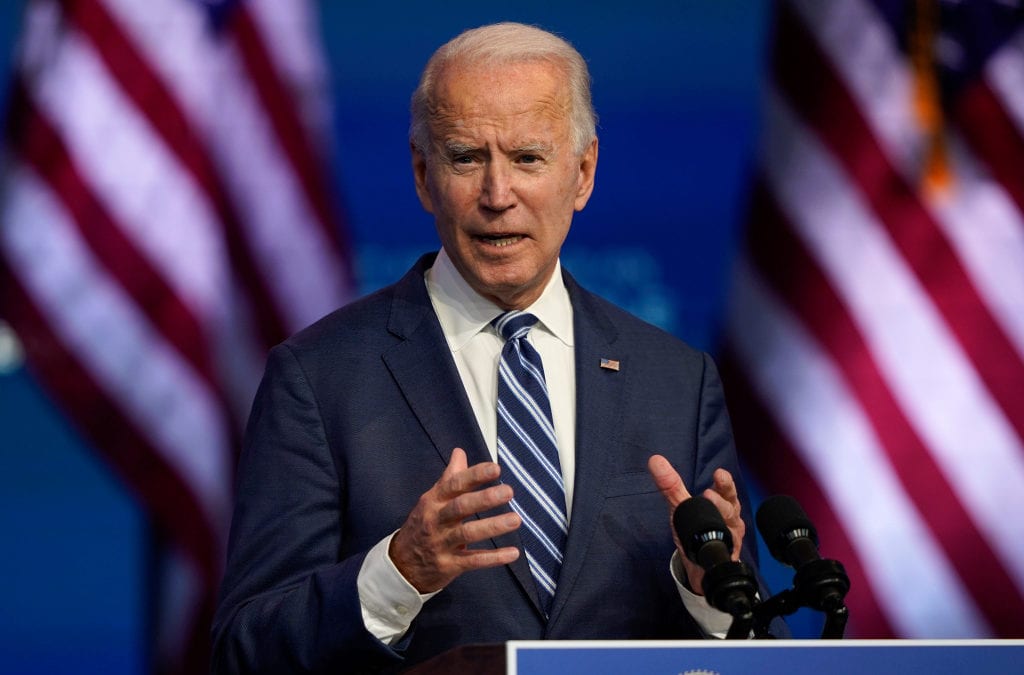 As climate warming clobbers the West, Colorado officials facing rising costs from wildfires, shrinking water supplies and worsening air pollution are embracing the shift from the Trump administration to a Biden team they see as more aligned with state environmental priorities.

And they’re preparing for teamwork with the Environmental Protection Agency, Fish and Wildlife Service, Forest Service and the departments of energy, transportation and agriculture, among other federal agencies, to move beyond planning to aggressive action on challenges from saving dying forests to cutting vehicle emissions.

“It’s going to be a 180-degree shift,” Colorado Energy Office director Will Toor said in a video call with state agency chiefs. “The Trump administration has been probably the most anti-environmental administration in history. Certainly when it comes to addressing the challenges of climate change, they’ve done a surgical attack on virtually every federal policy that would support climate action… making it harder to act at the state level.

“Having an administration that will have a proactive climate policy and respect climate science will make an impact at the national and international level, but will really help support state-level innovation and action,” Toor said, urging tougher fuel efficiency standards for vehicles, funding for battery-charging stations and new tax incentives for drivers to switch to electric cars.

Biden’s pledge to rejoin the Paris climate agreement and an expected push to contain warming sync with efforts under Democratic Gov. Jared Polis to reduce heat-trapping pollution within Colorado by closing coal-fired power plants and increasing regulation of the fossil fuel industry.

Colorado ranks among the leading oil-and-gas producer states, exporting fossil fuels that when burned elsewhere accelerate climate warming. Biden has called for a $2 trillion stimulus investment to hasten a shift to clean energy and create jobs — funds that Colorado officials planned to tap.

And Biden transition team officials are reviewing proposals that would advance climate action Colorado officials have begun to consider. For example, they’re mulling creation of a “carbon bank” run by the U.S. Department of Agriculture that would pay farmers who adopt no-till methods and store more carbon in soil — helping a draw-down of heat-trapping air pollution that causes climate warming.

“We face persistent drought that has been a real challenge, and also transitioning to clean energy… And forest health and wildfires are important, critical in Colorado,” said Dan Gibbs , director of the state’s Department of Natural Resources, pointing to a $4.2 billion state backlog in forestry work and water conservation compelled by reduced flows in the Colorado River.

“We feel like we’ve been playing defense for the last four years. My hope is that, moving forward with the new administration, we’ll be partners — that we’re going to get a call from the chief of the U.S. Forest Service, or from the undersecretary of agriculture who is in charge of the Forest Service, saying, ‘Hey, Dan, what are your priorities?’ ”

At the Colorado Department of Public Health and Environment, state efforts dealing with air pollution, emerging water contaminants such as PFAS “forever” chemicals and degradation of waterways traditionally have hinged on cooperative support from federal agencies.

John Putnam, director of the state public health department’s environmental programs, anticipated a reinvigoration of agencies for better enforcement of national clean air and clean water regulations that under Trump were weakened.

“We will move faster and farther when we are all pulling in the same direction,” Putnam said.

“I’m certain there are going to be changes at the EPA” following four years of a Republican administration, both refocusing policies and respecting “the dictates of science,” Putnam said. “When those get turned around, we’re going to be pulling in the same direction.”

State officials cited examples where they felt the Trump administration stymied Colorado environmental efforts, including legal action against California’s stricter fuel-efficiency standards, which Colorado recently decided to follow. Trump officials also pressed Colorado to take the lead on toxic mine cleanups, and assume liability if things went wrong. And the weakening of Clean Water Act protections removed safeguards for many streams across Colorado.

The increasing costs of dealing with climate change are falling largely on local communities where extreme weather and wildfires linked to warming hit home. In Boulder County, commissioners recently allocated $1.5 million to help deal with erosion and destruction of homes caused by the Calwood and Lefthand Canyon fires. A consultant hired by the county estimated costs for building resilience to climate warming will top $150 million a year for non-disaster impacts on infrastructure such as roads.

The shift from Trump to Biden “means the world — the future of our planet,” said Boulder County Commissioner Elise Jones, who also serves on Colorado’s Air Quality Control Commission.

“We have to get on track on climate change in the next decade,” Jones said. “If we spent four more years under a climate change denier, we might have dug ourselves into a hole bigger than we can get out of.”