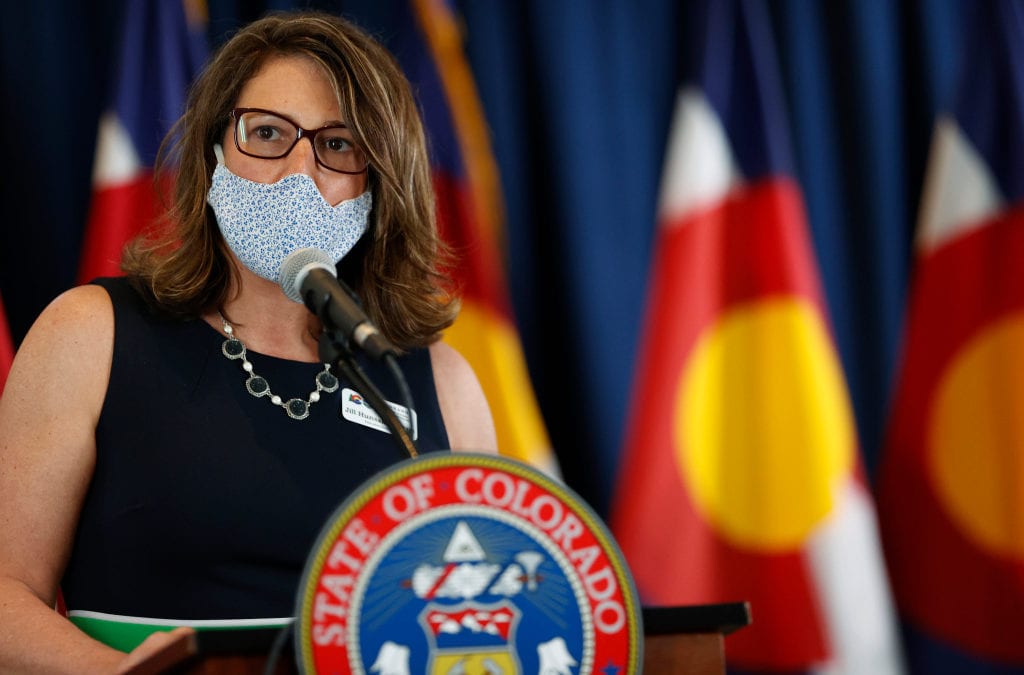 If you were planning on a large party, you’ll have to put it off, unless you live in one of five Colorado counties.

The Colorado Department of Public Health and Environment announced Friday afternoon that all counties in the Safer at Home phase of reopening will need to limit personal gatherings to no more than 10 people from no more than two households to reduce the spread of COVID-19.

Under these rules, two families of five could socialize, but five couples couldn’t.

Personal gatherings have been a significant source of the virus’ spread since summer, said Jill Hunsaker Ryan, executive director of the state health department. The number of cases has reached new highs, and hospitals are fuller than they have been since Mary.

“We are asking everyone to ‘shrink their bubble’ to reduce the spread,” she said. “Taking action now can prevent your loved ones from getting sick, and help us save lives and avoid stricter public health orders in the future.”

The order affects all but five counties: Gilpin, Gunnison, Mesa, Moffat and Rio Blanco. Those counties are in the Protect Our Neighbors stage of reopening, which loosens rules for areas with low spread of the virus and an approved plan to manage it. Only Rio Blanco County’s cases have consistently stayed at the low level required, however, so the others could be required to follow the gathering limit in the future.

State health officials have said Colorado is in a “third wave” of COVID-19 as infections and hospitalizations have continued to rise since early September.

Colorado joined 30 states on the White House coronavirus task force’s “red zone” of states with more than 100 cases per 100,000 residents this week, according to the Center for Public Integrity. Last week, Colorado saw a record number of new COVID-19 cases, the highest total highest since the state has had reliable data.

As of Thursday, 446 people were hospitalized in Colorado with the virus, the highest number since May 20, according to state data.