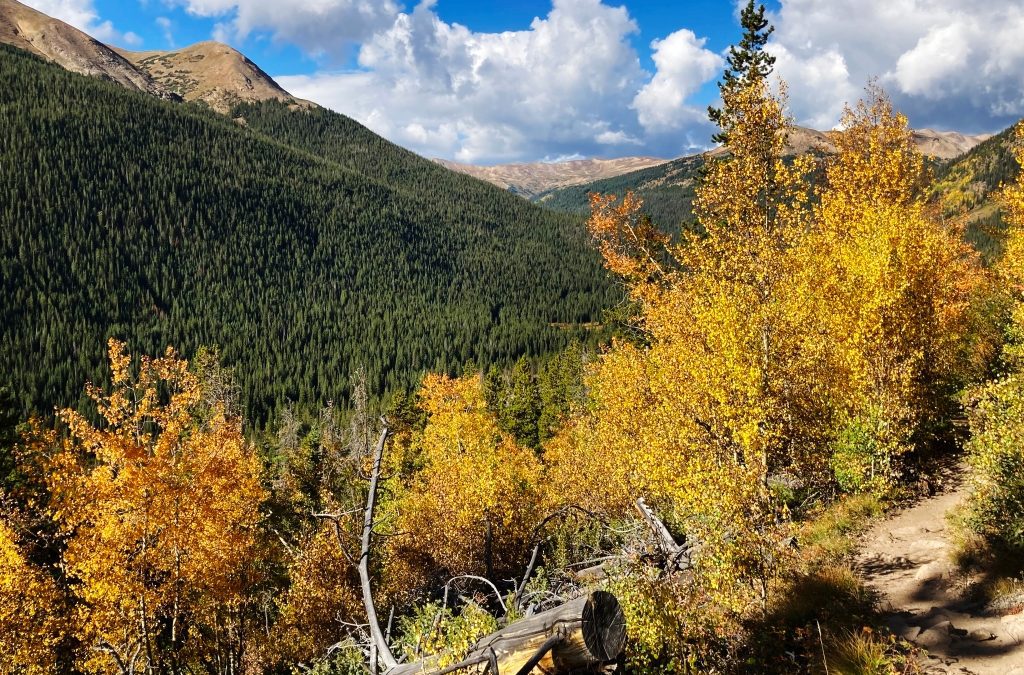 If you’ve been wondering whether the time has come to make your annual leaf-peeping pilgrimage to see our mountains adorned in all of their fall foliage glory, this weekend might be a good time to find something else to do.

Longtime residents of the high country in northern Colorado, where the spectacle typically begins in the state, are saying the show there probably won’t really get going until next week or later.

Stephenie Scholl, who lives 10 miles east of Kremmling, suspects the approach of the peak there could begin next week. Having driven to the Denver area and back this week, Scholl said she saw little change in the Winter Park area, and in Summit County, “leaves are just beginning to turn.”

There is one place where there have been reports of decent leaf-peeping: in Larimer County, west of Fort Collins. But even that is just a start.

“The upper elevations are really starting to show some color,” said Reghan Cloudman, public affairs specialist for the Arapaho and Roosevelt National Forests. “I’ve heard that the Idaho Springs area is a week or two out from peak.”

Tree experts say it probably won’t be a good year for leaf-peeping in parts of the state that have experienced drought. Much of northwest Colorado has experienced extreme drought, including western Grand County (the Kremmling area), Routt County (including Steamboat Springs) and northern Eagle County.

SILVER PLUME, CO – SEPTEMBER 13 : Fall colors on the Herman Gulch Trail near Silver Plume, Colorado on Monday, September 13, 2021. The trail is a 6.3 mile out and back trail. (Photo by Hyoung Chang/The Denver Post)

“It’s really a weird year because of how dry it’s been,” said Scholl, who has owned the Big Shooter coffee shop in Kremmling for the past 23 years with her husband, Shawn. “Some of the leaves are not even getting yellow, they’re just all of a sudden dying. The same thing happened last year. It is starting to turn yellow, but they’re going fast. We had a big windstorm, and a lot of the leaves that had already started, that were kind of premature, blew off.”

Van De Carr, who owns Backdoor Sports on a bank of the Yampa River in downtown Steamboat, is a student pilot. On Tuesday he flew from Steamboat to Craig and Meeker, returning via the Flat Tops Range. The Flat Tops area is usually a prime spot for viewing fall foliage via the Flat Tops Scenic Byway.

“It is just starting to pop on the Flat Tops,” Van De Carr said.

Dakota Vanderjagt agreed. He’s a cook at the Trappers Lake Lodge in the heart of the Flat Tops.

“Looking out the back porch, we have a number of aspens that are turning yellow, but plenty that are still green with little yellow speckles on them,” Vanderjagt said. “Between here and Meeker and Yampa, the Ripple Creek Pass area, the aspens are barely turning. The young ones are yellow but the tall ones — the ones people want to see —  just have a few specks on them.”

Further south in Vail, there has been just a touch of yellow in spots. Holly Cole, a resident of the Vail Valley for nearly 50 years, peered out the window of the Colorado Snowsports Museum where she works and speculated, “We’re probably a week out.”

Pete Thompson, another longtime Vail resident, believes it could take even longer because of warm temperatures there this week with forecasts for more through the weekend.