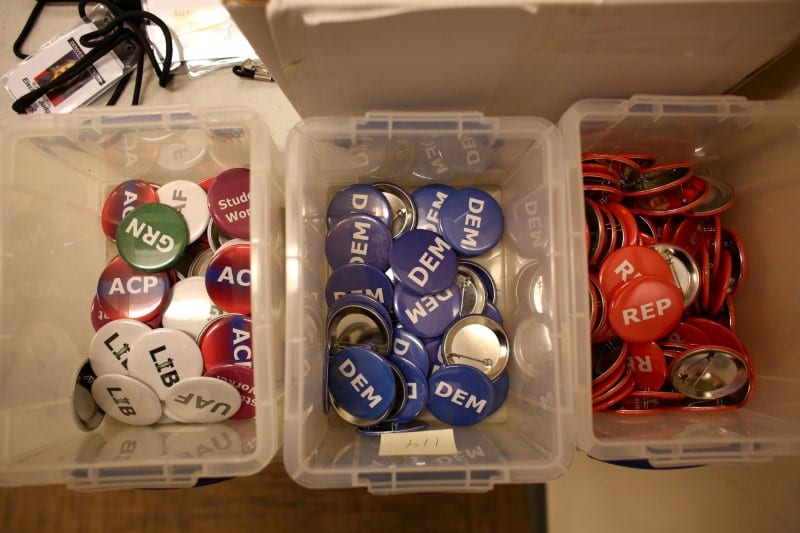 (Reuters) – An independent commission in Colorado will reveal a preliminary map of new congressional districts next week, putting the state at the forefront of efforts to draw battle lines for the 2022 U.S. election and strip party politics from the process.

With Democrats holding a slim 10-seat majority in the U.S. House of Representatives, the once-a-decade redistricting underway across the country is being closely watched for clues about which party could gain an advantage heading into next year’s high-stakes midterm contests.

Colorado will release its initial map on Wednesday, the first state to do so this year. For the first time, an independent redistricting commission in the state is drawing the lines, offering an aggressively non-partisan approach in contrast to most states where lawmakers in the majority produce maps favoring their party.

“Colorado is modeling how the country could be governing itself in the future,” said Kathay Feng, the national redistricting director for good-government watchdog Common Cause.

“It is an explicit rejection of the scorched-earth tactic that has been used by some party leaders, a way of demonstrating that we can bring people back to the table and make democracy work,” Feng said.

States’ redrawing of congressional and state legislative districts has been complicated this year by the coronavirus pandemic and the change in presidential administrations, which delayed the release of the U.S. Census data used for the maps.

Election analysts fear that could make it easier for state lawmakers to engage in gerrymandering, the process by which electoral lines are deliberately skewed to benefit one political party over another.

Colorado’s state legislature previously was responsible for congressional redistricting, a model that is still the norm in 39 states. But two 2018 amendments to the state constitution made it one of several states that now rely on independent redistricting commissions to reduce partisanship.

As a result of the 2018 reform, Colorado’s commission – comprised of four Democratic voters, four Republican voters and four unaffiliated voters – will redraw the districts from scratch, not taking into consideration existing districts or the home residences of Colorado’s incumbent U.S. representatives.

They must keep new districts equal in population and contiguous; avoid splitting cities, counties or other communities that share common interests; and make the new districts as compact and politically competitive as possible.

The preliminary map will be based on U.S. Census survey data from 2015 through 2019, as well as municipal-level data from the state demographer’s office and a list of addresses used to send out U.S. Census forms.

After releasing the map, drawn by non-partisan staff, the commission will elicit public feedback in hearings around the state. It will then incorporate more granular census data, expected to be released on Aug. 16, to produce a final map that can be submitted to the state Supreme Court by a Nov. 1 deadline.

Reflecting the state’s population growth over the past decade, an eighth seat will be added to Colorado’s U.S. House delegation, which currently includes four Democrats and three Republicans.

State data from the past decade shows the Denver area has seen Colorado’s biggest population gain. The biggest decline has been in the eastern plains, a Republican stronghold represented in Congress by Freedom Caucus co-founder Ken Buck.

One plausible redistricting scenario could leave Buck’s home outside his current district, said Dave Wasserman, a non-partisan analyst with the Cook Political Report. That would not prevent Buck from running for re-election, but it could prompt other Republicans to challenge him in the primary election.

Lauren Boebert, a hardline Republican who won her 2020 race by 6 percentage points, the closest congressional margin in the state, also could face slightly tougher re-election odds if her district gains some liberal pockets, Wasserman said.

He predicted Colorado’s public feedback period could move the needle “quite a bit” on the final map and that interest groups could fight over where the new district should go.

Scott Martinez, a lawyer who drew congressional redistricting maps for Democrats that were used in 2001 and 2011, said he was optimistic for a fair outcome in Colorado, a former swing state that has trended Democratic in recent presidential elections.

He said he would watch the commissioners carefully, given they are new to the redistricting process and lack the accountability state lawmakers have to their electorates.

“My hope is that the benevolence of these commissioners finds a way to grant equality to our ethnic minorities, but there’s no mandate on them to do so,” he said.

Alan Philp, a consultant who has facilitated Republicans’ redistricting efforts in Colorado and worked on the campaign for the 2018 redistricting reform, said the commissioners understood the solemnity of their job.

“They know the eyes of the nation are on Colorado to see if we can be a success at ending gerrymandering and drawing fair districts,” he said.