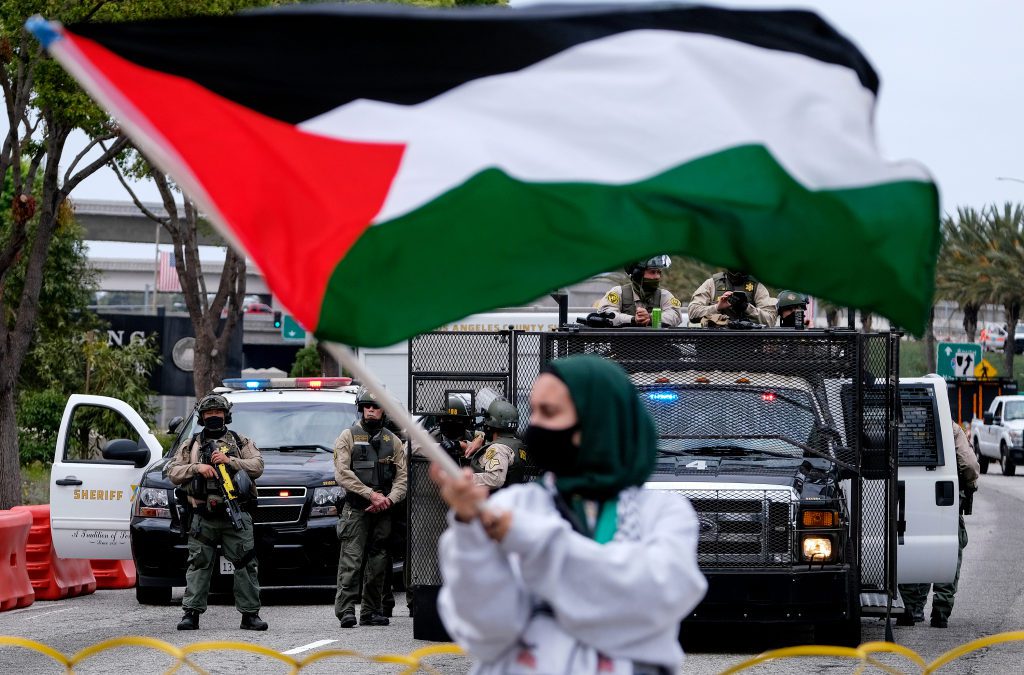 It has been five years since the Colorado General Assembly overwhelmingly passed a bill — signed by then-Gov. John Hickenlooper — declaring support for Israel and opposition to any boycotts, divestment or sanctions against the country.

Amid this month’s violence in which Israeli air strikes have killed more than 200 Palestinians and left thousands homeless and Hamas’ rockets have killed 12 Israelis, eight current Colorado lawmakers who voted for the state policy in 2016 reaffirmed their support for that bill, though some spoke of their sympathy for Palestinians.

Some also wonder why the state got involved in an international political matter in the first place.

The 2016 law was a statement of solidarity with Israel and directed the state Public Employees’ Retirement Fund to divest from any company refusing to do business with Israel. It turned out to be purely symbolic: Officials for the state fund told The Denver Post there were zero companies in the fund’s $52.1 billion portfolio that had divested from Israel, thus no impact to date.

Seventy-eight state lawmakers voted for the bipartisan measure, including 22 who are still in the legislature. Some of the sitting lawmakers who voted for divestment in 2016 described the current violence as “tragic,” “horrific” and “unfortunate. One — Democratic Sen. Faith Winter of Westminster — suggested Israel in particular should be “held accountable” for the Palestinian deaths.

The lawmakers by and large stand by their votes, including Republican Sen. Kevin Priola of Henderson, who said this week: “Historically, Israel has been persecuted and I don’t think it’s right to pile on and add to that. That was my reason back then … and to this day, I think it holds.”

Sen. Jessie Danielson, a Wheat Ridge Democrat, voted in favor and said this week sanctioning Israel “undermines the path to a two-state solution.” But she also believes that Prime Minister Benjamin Netanyahu’s policies “have not only led to serious human rights violations” but “destabilized Israel’s security and civil society.”

Sen. Dominick Moreno, a Commerce City Democrat who sponsored the 2016 law, said at the time it was about “what we value in the state of Colorado.” He told The Post this week he believes the bill was the right thing but that “times change and I think it would be rather tone-deaf to introduce a bill like this” now.

Three current lawmakers — Democrats Sen. Pete Lee and Reps. Daneya Esgar and Susan Lontine — were among the 18 who voted against. Lontine still believes it was an infringement of First Amendment rights and a hypocritical move by some lawmakers who supported it.

“I was surprised at those who thought this was a good idea, people that I knew were huge supporters of civil rights,” she said.

There is evidence that Americans’ opinions are slowly evolving: A Gallup poll released in March showed an increase in favorable views of the Palestinian Authority, up from 21% in 2019 to 30%. And a protest at the Colorado Capitol in support of Palestine last week had 2,000 attendees, according to organizers; another is planned for this weekend.

But the GOP and the Democratic Party have strongly supported the Israeli government and its actions for decades. The United States government recognized the establishment of Israel as a Jewish state in 1948 and considers it an ally in the Middle East.

The tenor of the 2016 bill debate in Colorado was almost unequivocally pro-Israel; the word “Palestine” doesn’t appear in the law that Hickenlooper signed. (The new U.S. senator said in a statement to The Post that he’s “horrified” by this month’s violence and stands by the 2016 Colorado law.)

Thirty-five states have adopted laws, resolutions or executive orders against divestment from and sanctions of Israel, according to the Jewish Virtual Library. Plus, Colorado politicians on both sides of the aisle have also taken trips to Israel, some of which have been sponsored by outside groups allied with the Israeli government.

Colorado state lawmakers rarely vote on international affairs or order state divestment from any particular interest. Since 1985, Colorado lawmakers have proposed 12 different laws to divest from one interest or another; seven concerned South Africa during apartheid and none passed. Overall, just two of the divestment bills were signed and only one still stands: the Israel law.

Many lawmakers, including people who voted for the bill, felt at the time it wasn’t appropriate for Colorado to weigh in on international matters.

Former Democratic Rep. Joe Salazar was “bothered” by the bill, saying “it has to do with foreign affairs and I felt that … that’s not our business.” He told The Post he regrets voting for the bill, which he did because, he said, he was assured by Moreno it was a “nothingburger” — purely a statement of solidarity with Israel.

Colorado’s first-ever Palestinian American lawmaker, Aurora Democratic Rep. Iman Jodeh, was not in office in 2016. As she reflects on what happened before her tenure, she said she’s frustrated by the lack of acknowledgement of the oppression of Palestinian people but believes that’s slowly changing as social justice movements take root.

“There’s a lack of education around what’s actually going on,” said Jodeh, who has family in Palestine. “There’s a disproportionate pool of resources that are asymmetrical for the Israeli lobby that Palestinians can’t match.”

She also said she supports efforts to punish the Israeli government for what the United Nations has deemed as human rights violations of Palestinians through the Boycott, Divest and Sanction movement, which Colorado’s 2016 law formally opposes.

Rep. Dafna Michaelson Jenet, a Commerce City Democrat, is the only Israeli American in the Colorado legislature. Michaelson Jenet, who took office in 2019, has family in Israel and believes the nation of Israel has a right to be a Jewish state.

She opposes the boycott movement in general, and believes it’s based on inaccurate information about the region, but she still doesn’t think the legislature should have taken up the issue in 2016.

“I’m very uncomfortable with specifically calling out Israel in Colorado law,” she said.