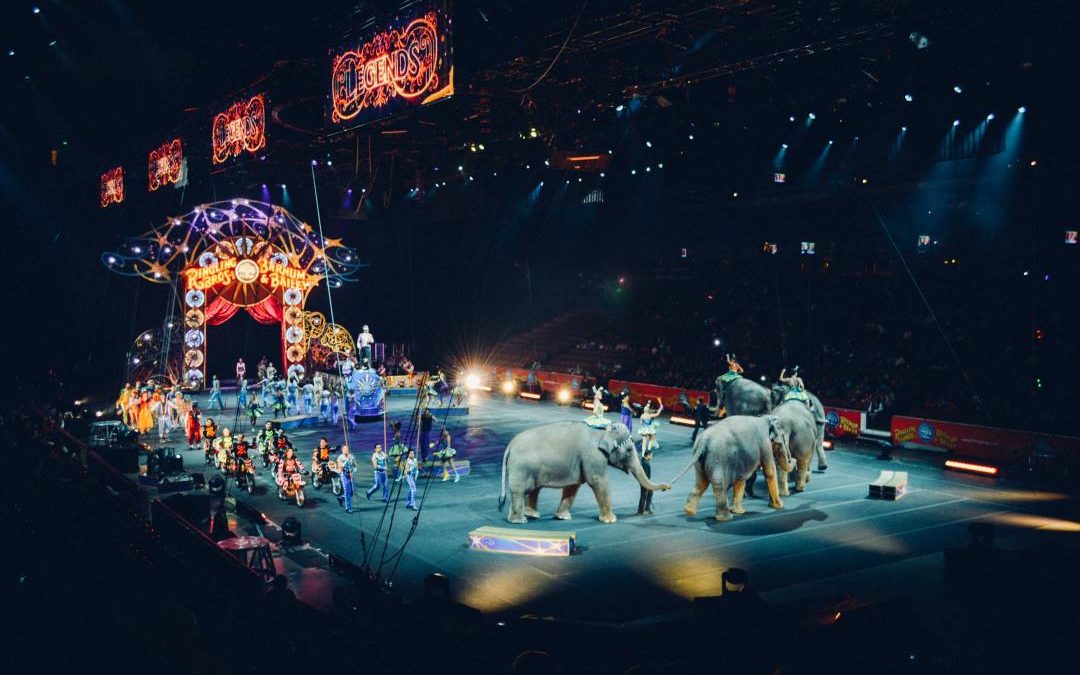 Colorado lawmakers moved closer to passing a bill that would prohibit using certain animals in traveling performances like circuses, facing opposition from livestock and rodeo groups who claim the measure threatens their livelihood and support from animal rights organizations.

If Senate Bill 135 becomes law, the violation would be considered a misdemeanor and carry a fine between $250 to $1,000.

One of the bill’s sponsors, Democratic Rep. Meg Froelich who testified at the House Agriculture, Livestock, & Water committee Monday, said the bill only applies to performances that fall under all three categories: travel, performance and exotic animals.

The bill prohibits performances in which animals are “required to perform tricks, give rides, or participate as accompaniments for the entertainment, amusement, or benefit of an audience or used primarily for photographic purposes.”

That does not include rodeos, stock shows, zoos with shows used for educational purposes or wildlife sanctuaries. The bill applies to specific exotic animals and does not apply to livestock or pets. Animals in movie and film productions are exempt from the bill.

The House committee passed the bill Monday. It will now go to the House floor where it’s expected to pass in the Democrat-controlled Legislature.

“As with circuses and with the rodeo, you know, there’s lots of ways to entertain folks that don’t involve traveling, exotic animals and performance,” Froelich said.

Bill sponsor Democratic Rep. Monica Duran said that traveling exotic animals are subjected to lives “far removed from their natural habitat.” She added that many traveling animals spend 90% of their lives in a cage and are deprived of proper nutrition and veterinary care.

“While your dog might jump or shake your hand for a treat, a tiger will not reliably respond to positive reinforcement,” Duran said. “They do not enjoy performing, nor do they naturally submit to the authority of a human.”

“Private ownership is true conservation,” Patterson said. “Many of the USDA licensees and exhibitors who own exotic animals species who exhibit and do these performing acts … are people who are participating in conservation efforts.”

But Roland Halpern, executive director of Colorado Voters for Animals who testified in support of the bill, said that after checking with the USDA, he learned that 96 inspectors oversee more than 8,000 facilities across the U.S. including labs, zoos and circuses.

“In my opinion, USDA oversight is not really a benchmark for anything,” Halpern said.

Others in support of the bill argued that the lifestyle of animals used for shows is not healthy for them as a species.

“For animals that are in traveling performances, their life is hardly a lap of luxury,” said Kent Drotar, director of public relations for The Wild Animal Sanctuary in Keenesburg, Colorado.

Drotar said the sanctuary receives animals from travel shows that are declawed and defanged and have suffered from social isolation, stress of travel and vitamin deficiencies from being taken away from their mothers at an early age.

Drotar said that show animals are commonly taken at or shortly after birth so they are better adjusted to humans. While they are considered domesticated, Drotar said the animals are “still very wild at heart.”

Witnesses, particularly those who testified in opposition of the measure on behalf of rodeo and livestock show organizations, said the bill’s language was ambiguous and would pave the way for future restrictions.

Paul Andrews, President and CEO of the National Western Stock Show, an annual livestock show in Colorado that has been held since 1906, said that the bill threatens the future of rodeos and threatens Colorado’s “Western heritage.”

The committee passed an amendment to include rodeo and county fairs in the bill’s exemptions after those in opposition of it raised the popularity of animal side acts at the events.

Andrews said taking away the side acts would have unintended economic effects on rodeos, especially at the state’s annual stock show which brings in millions in state revenue.

In January 2017, the Ringling Bros. and Barnum & Bailey Circus announced the show’s closure after 146 years. The company cited declining attendance, along with changing public attitudes and battles with animal rights groups.

As of March, six U.S. states and nearly 150 municipalities in 37 states had passed restrictions on the use of wild animals in circuses and traveling shows, according to the Animal Legal Defense Fund, a non-profit that advocates for animal legal rights.

Legislation has been introduced at the federal level in previous years but the measures have not gone further than House or Senate committees.