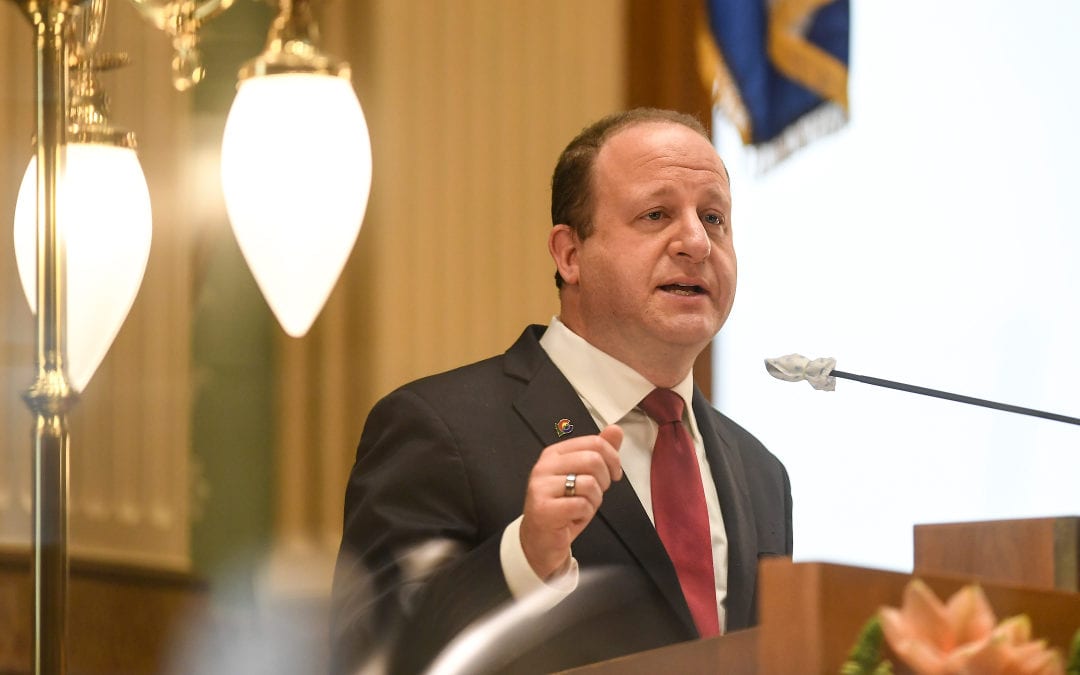 Top Democratic and Republican state lawmakers on Wednesday joined Gov. Jared Polis to unveil a roughly $700 million state economic stimulus plan, the lion’s share of which is set to go to “shovel-ready” infrastructure projects, including repairs to the Eisenhower-Johnson Memorial Tunnels and Interstate 70 bridges

The shovel-ready projects will total $170 million, or about a quarter of all the spending. Hundreds of millions more is set to be spent on other, longer term infrastructure projects, like expanding broadband access and revitalizing cities’ main streets.

The remainder of the spending includes initiatives to invest in rural Colorado, support the recovery of small businesses, affordable housing development and mental health.  There’s also money for childcare and support for schools and students.

“This product that is being presented today is the work of long hours, many sleepless nights that our legislative leaders, their staff, my staff worked hard on to help Colorado build back quicker and stronger,” Polis said at a news conference at the governor’s mansion in downtown Denver.

The announcement comes as President Joe Biden is expected to sign a $1.9 trillion federal stimulus plan, which Congress approved Wednesday. State leaders were awaiting the details of that aid package — which includes billions of dollars for Colorado toward child care, education, unemployment and other needs — before finalizing their own spending plan.

The money Colorado lawmakers are using to pay for the state stimulus plan comes from unexpected tax revenue.

The legislature slashed the state’s budget last year in anticipation of an economic downtown because of the pandemic. While there was a downturn, the economy has fared better than expected, leaving the General Assembly with hundreds of millions of dollars to allocate.

“And while the pandemic has been devastating – we’ve lost 6,000 Coloradans, a lot of folks are unemployed – we did prepare for the worst,” said Polis. “Thankfully, those worst case scenarios didn’t come to pass. And so we have one-time, carry-forward funds.”

Legislative leaders are also promising to restore funding that was cut during the pandemic.

“We are prioritizing restoration of budgets we cut last year. Things like the education budget, maybe of our healthcare programs,” said state Sen. Bob Rankin, a Carbondale Republican and state budget writer.

Up to $131 million would go toward boosting agriculture and rural communities, including $20-35 million in competitive grants for rural agriculture infrastructure investments and millions toward forest and watershed restoration projects to protect communities against wildfire.

Other spending priorities include:

Each proposal will come in the form of an individual bill. That legislation has yet to be released, so the details remain unclear.

Senate Majority Leader Steve Fenberg, D-Boulder, said he expects stimulus measures to start being introduced in a matter of weeks.

Polis had initially wanted a $1.3 billion stimulus plan. Including money that was spent during Colorado’s special legislative session in December, the total stimulus package is roughy $1 billion.

Rankin and state Sen. Dominick Moreno, a Commerce City Democrat and the legislature’s top budget writer, says the $300 million difference is because the powerful Joint Budget Committee wanted to use that money to boost the state’s reserves and restore funding cuts made in 2020.

It’s possible the stimulus package eventually grows beyond $1.3 billion, Fenberg said, as state lawmakers decide how to distribute the federal aid and Colorado’s economic picture gets rosier as the pandemic wanes. A new state tax revenue forecast will be unveiled next week, and Moreno is hopeful it will show there’s even more excess money for the legislature to spend.