Colorado lawmakers give up on paid family leave bill, will support ballot measure 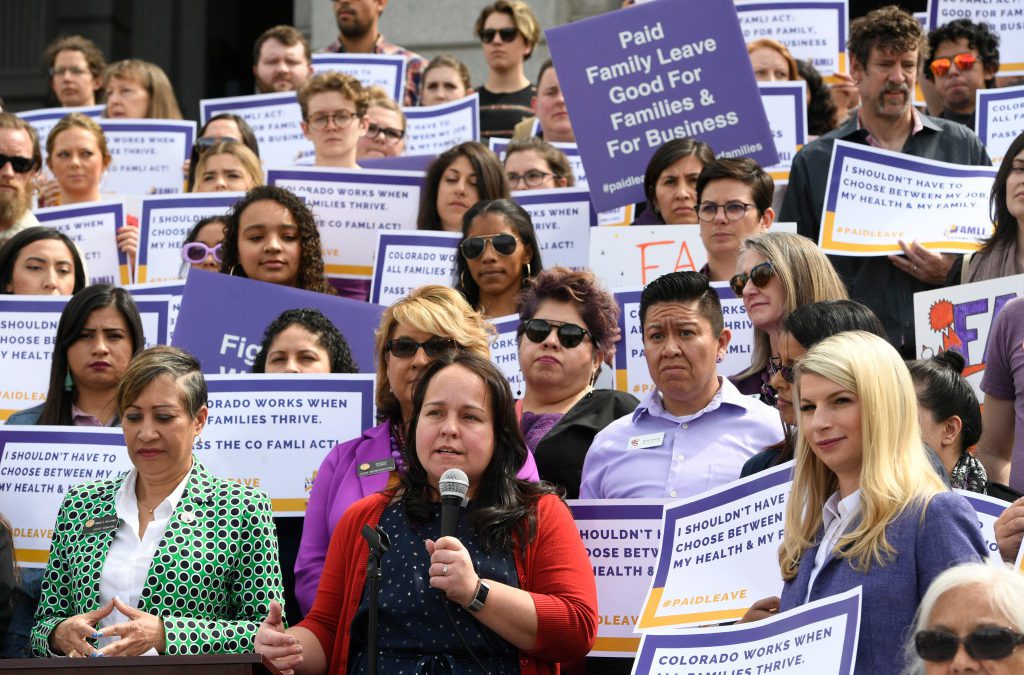 Sponsors are abandoning efforts to start a paid family and medical leave program in Colorado via legislation, announcing Friday they will instead support a ballot initiative already under way that’s aiming for the November ballot.

Since the beginning, the plan faced rough waters, but after the new coronavirus pandemic forced the General Assembly to recess, legislators won’t introduce a bill at all, said state Rep. Yadira Caraveo, D-Thornton.

The pandemic cut the legislators’ ability to solicit input from businesses and other stakeholders, Caraveo said.

“Without the ability to get their engagement and the shortened timeline that we’re facing… there doesn’t seem to be time to put something together legislatively without stakeholder engagement,” Caraveo said.

The issue has taken heat from both sides of the aisle. Some advocates voiced concerns that the measure as suggested would require employers to provide paid family leave to employees either in-house or through the private insurance market.

In late February, the measure’s lead sponsors, Winter and Gray, learned that their partners on the measure, Sen. Angela Williams and Rep. Monica Duran, would drop their names from the legislation. Both voiced concern that the measure wouldn’t sufficiently protect Colorado’s most vulnerable workers.

That loss of support signaled a large problem for the bill, as Democrats hold a narrow 19-16 majority in the Senate.

Caraveo signed on as a new sponsor, but then the legislature abruptly adjourned as the coronavirus began spreading through Colorado.

Facing the political and epidemiological challenges, the options became to either pass a measure that was “not very substantial” or to back a ballot initiative, Caraveo said.

Earlier in the year, a group called Colorado Families First announced a plan to introduce a ballot measure and noted significant financial support.

The group still needs to collect petitions to earn a spot on the ballot, Caraveo said. And it apparently plans to do so by phone, keeping the recommended social distancing requirements in mind.

“Their idea is that they will be sending text messages out by neighborhood and say ‘If you’re interested in signing the petition we’re going to be in your neighborhood on such and such a day,’” Caraveo said.

A ballot measure would almost certainly draw substantial opposition from business groups and a defeat at the polls could set back the issue for some time. Still, Caraveo said, polling suggests most Coloradans support the idea and its need is underscored by the current pandemic.

“We think the ballot measure will cover as many Coloradans as possible to make sure they have time to recover from illnesses like COVID-19,” she said.

This story is developing and will be updated.