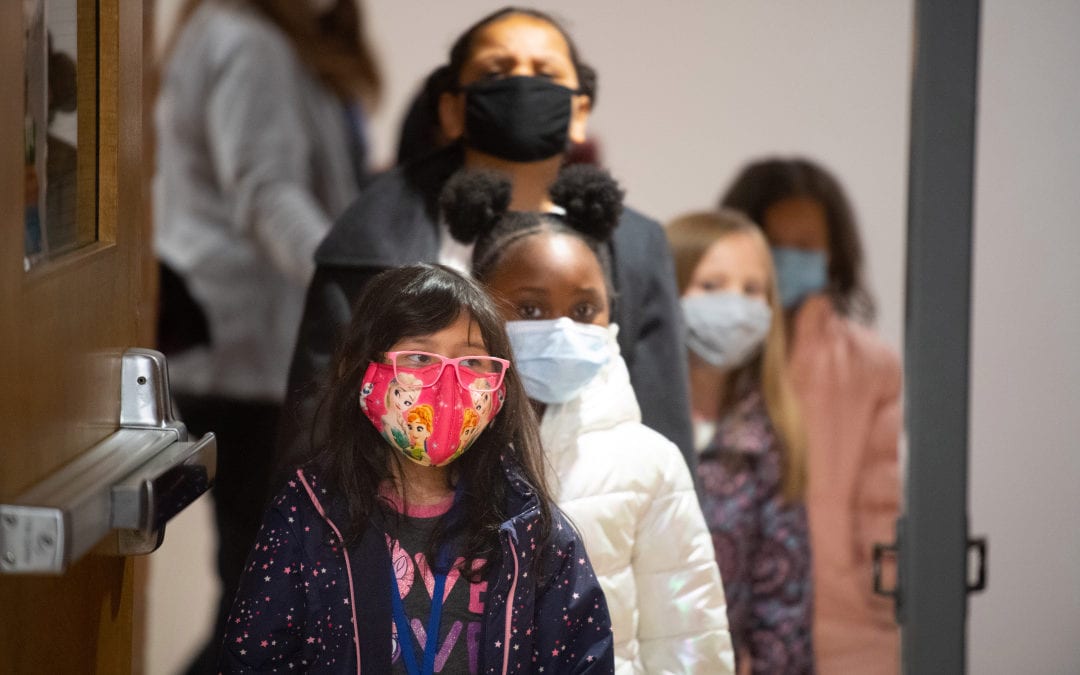 A bill that holds funding steady for Colorado schools despite a pandemic-related drop in enrollment passed the state Senate unanimously Friday.

Colorado funds its schools on a per-pupil basis, and lawmakers could have held back millions promised to schools after the October student tally recorded nearly 30,000 fewer students this year, a 3% decline.

Instead, Colorado lawmakers said they would maintain school funding in recognition that schools have incurred additional costs to educate students in a pandemic, whether in person or online, and on the premise that some students who sat out the fall could return to their home districts this winter and spring.

Senate Republicans had suggested earlier in the session that they had concerns about the bill because they want state education dollars to follow students, rather than go to districts that might be educating fewer children. But on Friday, they said they would vote for the bill with the “asterisk” that a larger conversation about school funding is needed.

State Sen. Rachel Zenzinger, chair of the Senate Education Committee and a sponsor of the bill to maintain school funding, agreed. The Arvada Democrat said that alongside issues raised by Republicans, the pandemic revealed problems with how districts identify students in poverty — a count that also affects state funding.

Despite widespread job losses, many districts actually saw a decrease in students qualifying for subsidized lunches. This almost certainly doesn’t mean fewer students live in struggling households. Rather, the federal government waived the paperwork normally required to provide free lunches, so districts don’t have an exact count of qualifying students.

The on this year’s funding sends an extra $60 million to school districts — $41 million to make up for lost local tax revenue and another $19 million to districts that saw particularly large enrollment declines or that experienced a notable decrease in the number of students living in poverty.

Rural districts will share another $25 million from a new nicotine tax approved by voters in November.

According to the school finance formula, the full hit to school districts should have been almost $121 million. But Colorado lawmakers already hold back hundreds of millions every year that the state constitution says should go to K-12 schools to pay for other priorities. The withholding reached $1.2 billion this school year, as lawmakers struggled to balance the budget during the height of business restrictions and job losses. Colorado’s K-12 budget is about $7.2 billion.

Rather than claw back $121 million for the state, the school funding adjustment bill essentially treats it as part of the amount that was already withheld.

The bill goes next to the state House, where Democrats hold a large majority and the bill is expected to pass easily.