Colorado lawmaker takes heat for ‘step on the neck’ comment 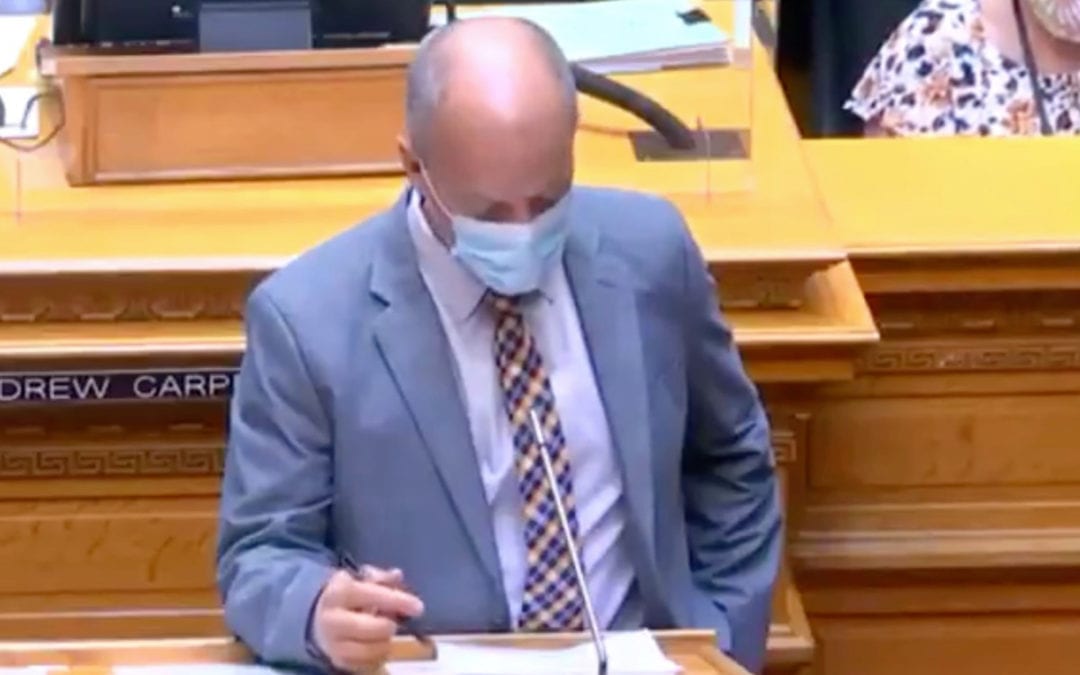 A Colorado lawmaker is under fire for using the phrases “step on the neck” and “colored people” during a committee hearing — prompting calls on social media for him to resign.

“On Saturday, I stood in the well and uttered two phrases that are offensive,” Woodward said Monday. “For that I am sorry. Those phrases were uttered in ignorance, not out of hate or spite.”

Woodward, who is white, acknowledged he was wrong to say Senate Bill 211 would “step on the neck” of Coloradans if passed, particularly in light of George Floyd’s May 25 police-custody death in Minneapolis, where Officer Derek Chauvin pressed his knee into the man’s neck for nearly 9 minutes, killing him.

“I realized mid-sentence that I was about to say something too raw,” Woodward said in a statement to the Denver Post. “In my mind, I stopped before I’d finished that phrase.”

But Woodward admitted having another take after watching a video of his comments, he said.

“You saw me stumble to stop and say something else,” Woodward said. “But I clearly uttered the phrase.”

Woodward in his statement also asked for forgiveness while promising to do a “better job,” the Denver Post reports.

“If I screw up, call me on it,” Woodward said. “Help me learn and understand. I’ll do my best to grant you the same grace.”

Woodward said he only uttered the phrase “colored people” because it had been incorrectly written by a Senate staffer into a transcript of proceedings from Saturday, the newspaper reports.

“I own it,” Woodward told Colorado Politics. “I should have proofread it better. I should have gone back to the audio to make sure she actually said those words.”

Despite Woodward’s mea culpa, several people on Twitter have since called on him to resign.

“You are a disgrace to Colorado with your ‘step on the neck’ comment – resign or we’ll throw you out — POS,” one post read.

“I hope people ‘step on your neck’ the ballot box, racist pig,” another read.