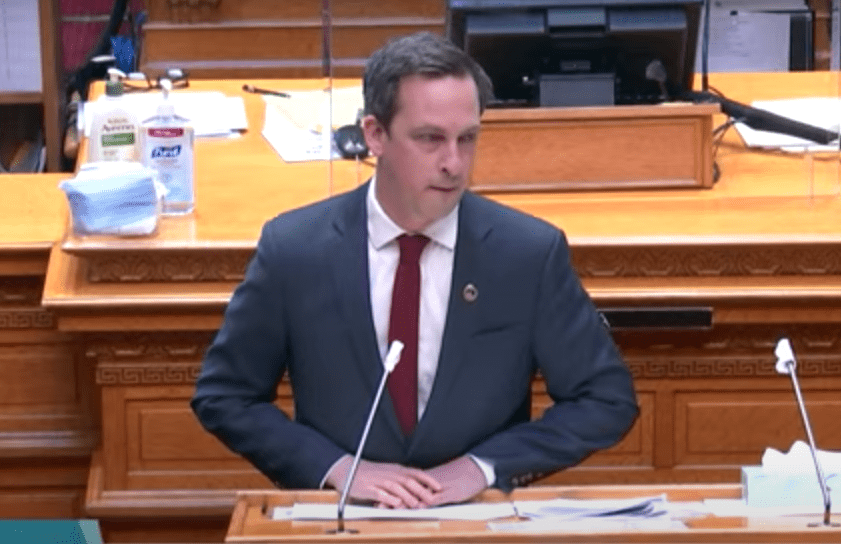 The state legislative response to the mass shooting in Boulder last month could be unveiled soon, according to Senate Majority Leader Steve Fenberg.

“There’s been a lot of movement, a lot of discussions,” the Boulder Democrat said during a media availability April 20. “I’ve been meeting with just about every single one of my members of my caucus in one way or another to talk about where the support is and what people want to do.”

Fenberg said he was confident there would be more gun-related legislation in the General Assembly this legislative session, with some measures “hopefully” rolled out soon.

“I don’t know that we’ll introduce (gun legislation) this week, it’ll either be this week or next — that’s probably the timeline we’re looking at,” he said. “But I’m hoping this week we’ll start being able to sort of publicly discuss what’s going to be in these bills that will be introduced.”

Fenberg declined to detail the specifics of those proposals, indicating it would be “counterproductive for me to publicly talk about some of the pieces that I’m still trying to count votes on.” But in broad strokes, he indicated he wanted to “make sure that people that have a violent past don’t have easy access to weapons to do the type of tragedies that we saw in Boulder.”

In the aftermath of that March 22 mass shooting, which left 10 people dead, Fenberg said he would support an assault weapons ban but questioned how effective it would be solely at the state level.

Those two measures made it through the General Assembly this year without a single Republican vote, a sign for what could lay ahead for Fenberg’s plans.

Boulder police this week revealed that the man they arrested for the shooting will be charged with running afoul of the state’s existing gun laws.

They say he purchased the magazines legally, but charged him with using them in the commission of the killings.

Under a state law passed in 2013 in the wake of a mass shooting at an Aurora movie theater, magazines holding more than 15 rounds of ammunition cannot be sold, transferred or possessed. Those who owned high-capacity magazines before the law was approved were allowed to keep them.