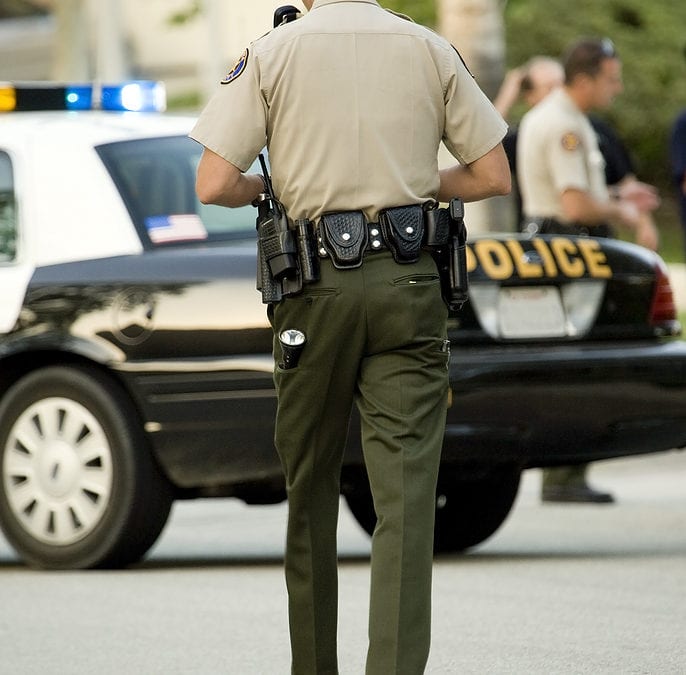 A new Colorado law allowing individual police officers to be sued will soon get a big test.

Four Black girls who were mistakenly detained by Colorado police at gunpoint over a suspected stolen car filed a civil lawsuit against police and the city of Aurora last week in the Arapahoe County District Court. One of the girls’ mother, the driver of car that turned out not to be stolen, is also a plaintiff in the case.

Under the Enhance Law Enforcement Integrity Act, a police reform law passed following protests over racial injustice in 2020, officers can be held financially liable for any judgement awarded in the case.

The incident in August 2020 attracted national attention after a video of the four girls being detained was posted on social media.

The traffic stop occurred in Aurora, where officers are also being investigated following the death of 23-year-old Elijah McClain after he was placed in a chokehold last year.

How private insurance may come into all of this isn’t yet clear. It was not immediately known of the individual officers named in the lawsuit have insurance, and Aurora is self-insured and is not part of an insurance pool, according to city spokesman Ryan Luby.

When the Enhance Law Enforcement Integrity Act passed it added liability exposure to individual officers. Some in the Colorado insurance community questioned if private insurance would cover officers sued while performing their job duties—even if the department or officers were held legally liable for their actions.

Liability coverage, assuming it would be under homeowners insurance, doesn’t cover deliberate or intentional acts.

Each officer could potentially be liable for $20,000.

The suit names five Colorado officers, and the city of Aurora.

The action is against Aurora and the police officers for unlawful seizure, excessive force, and the denial of equal protection of the law, in violation of the Colorado Constitution.

The suit, which notes that none of the officers were disciplined over the mater and continue to work at police officers in the city, seeks declaratory and injunctive relief, economic damages to be established at trial, compensatory damages, punitive damages, a formal written apology from each defendant, policy changes and disciplinary action.

David A. Lane, with Killmer, Lane & Newman LLP, is one of the attorneys representing the plaintiffs.

He noted that the suit calls out a number of past incidents of alleged discriminatory behavior by the local police.

“We’re going to show Aroura has a pattern of racist law enforcement,” Lane said. “We want to teach Aurora a lesson. We want to change their behavior.”

Marc Sears, president of the Fraternal Oder of the Police in Aurora, did not respond to requests for comment.

Luby said the city is still analyzing the lawsuit and that it would be improper to comment on pending litigation.

He provided the following statement on behalf of the city:

“City leadership and Aurora Police Chief Vanessa Wilson have previously expressed that this incident is not reflective of their expectations for the Aurora Police Department. Chief Wilson has apologized to Ms. Gilliam directly and offered to cover the cost of providing age-appropriate therapy to the children involved. Though the officers followed protocol and adhered to their training at the time of the incident, Chief Wilson and city leadership recognized officers need to have discretion and the ability to deviate from that process when different scenarios present themselves. Aurora has since adjusted its training practices by allowing officers to have more discretion when contacting suspected stolen vehicles.”

Lane also believes it won’t be difficult to show the wrongdoing in this case.

He said that so far, the officers have escaped punishment or accountability.

The 18th Judicial District Attorney’s Office reviewed the incident involving and declined to file charges against any of the involved officers.