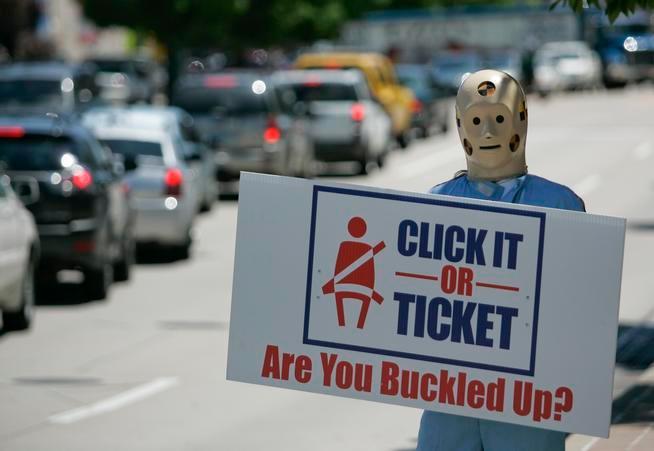 The Colorado Department of Transportation says a total of 2,123 drivers were cited during the largest statewide Click It or Ticket initiative. The period ran from May 24 to June 6 and included 58 drivers who had an improperly restrained child under 15 in their vehicle.

“Buckling up is an easy decision, and it may be one that saves your life,” said Chief Matthew C. Packard, Colorado State Patrol, in a news release. “The 2,123 citations issued this enforcement period serve as a reminder to buckle up every ride because your life matters.”

Not buckling up will run you at least $65, and an improperly restrained child can result in a minimum fine of $82 for the driver.

About 203 unbuckled drivers and passengers were killed in Colorado crashes last year. That accounts for a large portion of the 365 passenger vehicle deaths on Colorado roads in 2020.

“We are expecting increased travel this summer with warmer weather and vaccination rates rising,” said Darrell Lingk, director of the Highway Safety Office at CDOT, in a news release. “We hope this recent seat belt enforcement period serves as a reminder to all Coloradoans that buckling up is a matter of life or death on our roadways.”

CDOT reports that the state’s seatbelt use is 86%, which is 4% lower than the national average of 90%. According to the National Highway Traffic Safety Administration, seat belts reduce the risk of injury or death in a crash by 50%. Unbuckled passengers are at a higher risk of being ejected from a vehicle.

About 30 children under age eight were killed in crashes between 2013 and 2017; more than half were in improperly used or installed car seats or none at all.