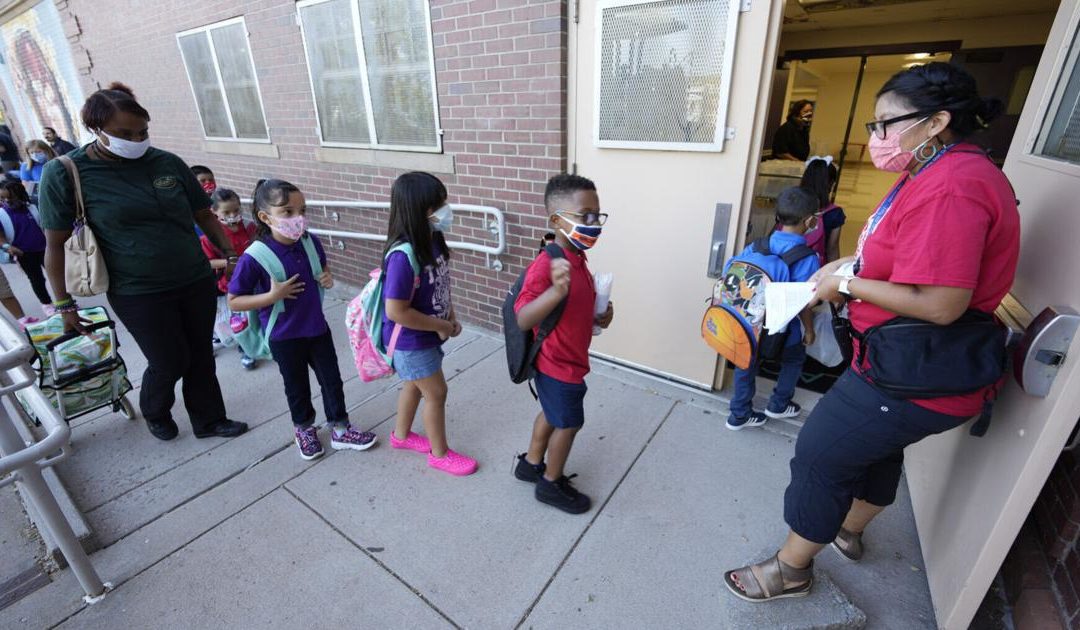 On Nov. 18, 2020, Colorado was four days away from hitting its highest average of new daily cases of the pandemic, a record that still stands a year later. On that day, there were 165 active outbreaks in the state’s K-12 schools, infecting 600 students with confirmed or probable cases of the virus, plus 271 staff members.

But a year later, the situation is markedly worse for schools, data released Wednesday shows. There are 282 active school outbreaks currently, which have infected 814 staff and 5,453 students. In other words, active outbreaks now have infected nine times as many students compared to those of a year ago, when the overall spread of the virus was worse in Colorado.

Those figures have steadily grown week over week, amid the latest surge and since school returned in August. A month ago, for instance, there were 3,353 student cases tied to 206 active outbreaks. The delta variant is playing a role, experts say, and masks have shown a clear benefit in reducing infections.

The outbreak data does not detail how many students or staff were hospitalized from the outbreaks, nor does it describe how many are symptomatic or have already recovered. Children typically fare better against COVID-19 than any other group. But hospitalizations are not complete rarities: Eric Simoes of Children’s Hospital Colorado said earlier this month that his pediatric hospital has treated more than 2,000 kids since the pandemic began.

“Delta spreads through children, through schools and into families,” he said at an event celebrating the approval of vaccines for children between the ages of 5 and 11. “And we’re seeing that. Families are (being) affected now from children bringing it home.”

Rachel Herlihy, the state’s epidemiologist, said Wednesday that school-aged children continue to account for the highest rates of COVID-19 spread in the state, another marked difference from a year ago, and a consistent trend since this latest surge began in August.

Unlike last year, there are no uniform school mitigation strategies in place statewide, like masking, cohorting or social distancing. The state has urged those policies be adopted, and many large school districts — including Denver Public Schools and others in the metro area — have done so.

Herlihy said the state conducted an analysis when school returned to see if mask wearing policies had an effect on blunting disease transmission in educational settings.

“We did see a clear benefit in lower case rates where masks (were) being used in schools,” she said. “We do have that evidence.”

The current rise in cases, which began in earnest in August, coincided with school returning. But other factors — like increased mobility among the whole population and, within a few weeks, the return of cold weather — have also played a role.

Given the high rates of spread among children, and the still-present risk to children’s health, state officials have emphasized the importance of vaccination in 5-to 11-year-olds, as well as the older 12 to 17 age group. Inoculations in that age group have proven to be even more effective in blunting hospitalizations and severe disease than adult doses, themselves already offering strong protection.

Simoes said the pediatric doses are 91% effective in preventing infection, and Gov. Jared Polis has repeatedly said the vaccine is nearly totally effective at preventing hospitalizations for children.