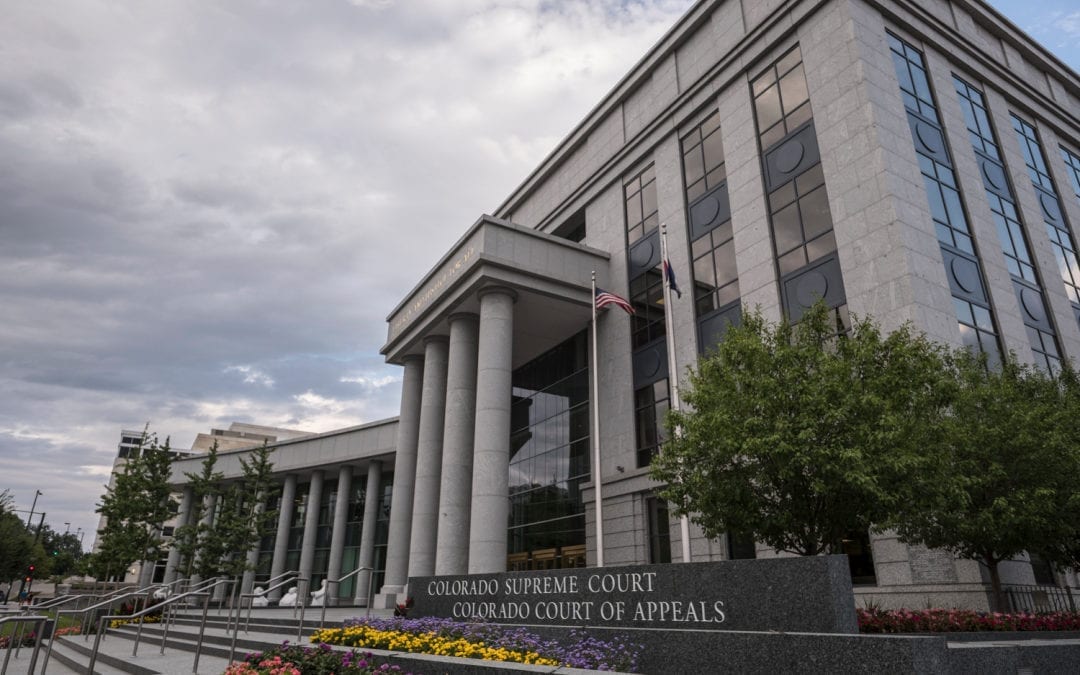 “We will think anew and we will act anew,” Broatright said as he delivered an emotional State of the Judiciary address at the state Capitol.

The speech comes as the Judicial Branch is facing major criticism following reporting by The Denver Post about alleged instances of misconduct and sexism in the department. Those include remarks by former Chief Justice Nancy Rice that were captured in a tape recording former Chief of Staff Mindy Masias made after she was passed over for a promotion.

The Post reported on allegations that Masias was improperly awarded a $2.5 million contract through her firm, The Leadership Practice, to prevent her from filing a lawsuit revealing sexual harassment and discrimination inside the judicial branch.

Colorado’s Supreme Court is soliciting an independent investigation into the situation. The probe will be driven by the legislature, Gov. Jared Polis’ office and the Colorado Attorney General’s office.

He added: “We want to know the truth.”

Boatright said the Judicial Branch faces a “crisis of confidence in its leadership.”

State lawmakers have expressed outrage at the reports of the workplace culture in the Judicial Branch and have been vowing to press for changes. Boatright has spoken with legislative leadership about the situation.

Also on Thursday, Boatright announced changes to the way the Supreme Court oversees the Judicial Branch by assigning each of the seven members of the panel to oversee a different section of the department.

The Colorado Supreme Court will also have rotational terms for its chief justice. Justice Monica M. Márquez will take over for Boatright at some point, though the timeframes weren’t immediately laid out.

Broatright also said the Judicial Branch is working hard to increase the diversity within its ranks and to take racial justice into account when handling cases. There have been webinars and committees set up for that very purpose.

Finally, the chief justice pleaded for help from the legislature and Polis’ office to help the Judicial Branch deal with its years-long backlog in trial cases.

In a normal year, the department has handled about 2,716 jury trials a year. As of Jan. 19, there were more than 14,600 jury trials backlogged due to disruptions caused by the pandemic. Many judicial districts have suspended jury trials because of the public health risks.

“We need your help,” Boatright said, citing financial and policy changes he’d like to see. ”Without assistance from the general assembly and ultimately the governor we will not be able to adequately address the tsunami of jury trials that await.”