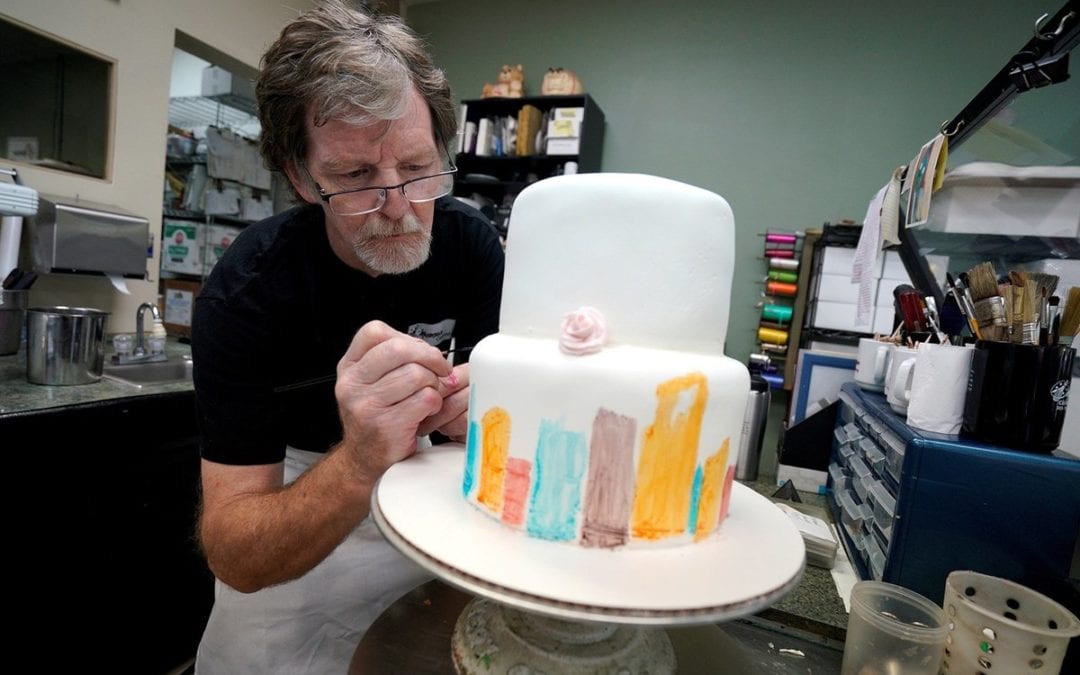 On Tuesday, a Colorado judge ruled against Christian baker Jack Phillips, who is best known for declining to bake a cake for a same-sex wedding in a legal battle that went all the way up to the U.S. Supreme Court.

This time around, Phillips has been accused of discriminating against a transgender individual who requested Masterpiece Cakeshop bake a cake to celebrate a gender transition.

Denver District Court Judge A. Bruce Jones found that Phillips engaged in unlawful discrimination when he declined to bake the blue and pink cake for lawyer Autumn Scardina, who identifies as a woman.

“Defendants admit that they were willing to make the requested cake until Ms. Scardina identified that she chose the colors to reflect and celebrate her identity as a transgender female,” Jones wrote in his ruling, according to The Christian Post.

“Defendants are, however, willing to make cakes for non-transgender individuals that reflect that person’s gender. And Defendants would ‘gladly’ make an identical looking cake for other customers.”

It was because the cake did not overtly convey a message that Phillips and his wife would have known promoted transgenderism without explanation that the judge determined they had declined on the basis of Scardina’s gender identity.

“Defendants have failed to carry their burden to show that providing the requested cake constituted any type of symbolic or expressive speech protected by the First Amendment,” Jones wrote.

The Alliance Defending Freedom, which is representing Phillips, has vowed to appeal, accusing “radical activists” of targeting Phillips due to his beliefs.

In 2018, the Supreme Court determined in a narrow ruling that the Colorado Civil Rights Commission had not given Phillips a fair trial when it ruled that he had discriminated against a same-sex couple who had requested he bake a cake for their wedding.

Religious freedom advocates still await a clear decision on the Supreme Court affirming the rights of individuals like Phillips to decline to engage in LGBT-affirming messages or activities.

If you appreciate the work we are doing for faith, family, and freedom, to help us continue. Thank you so much!