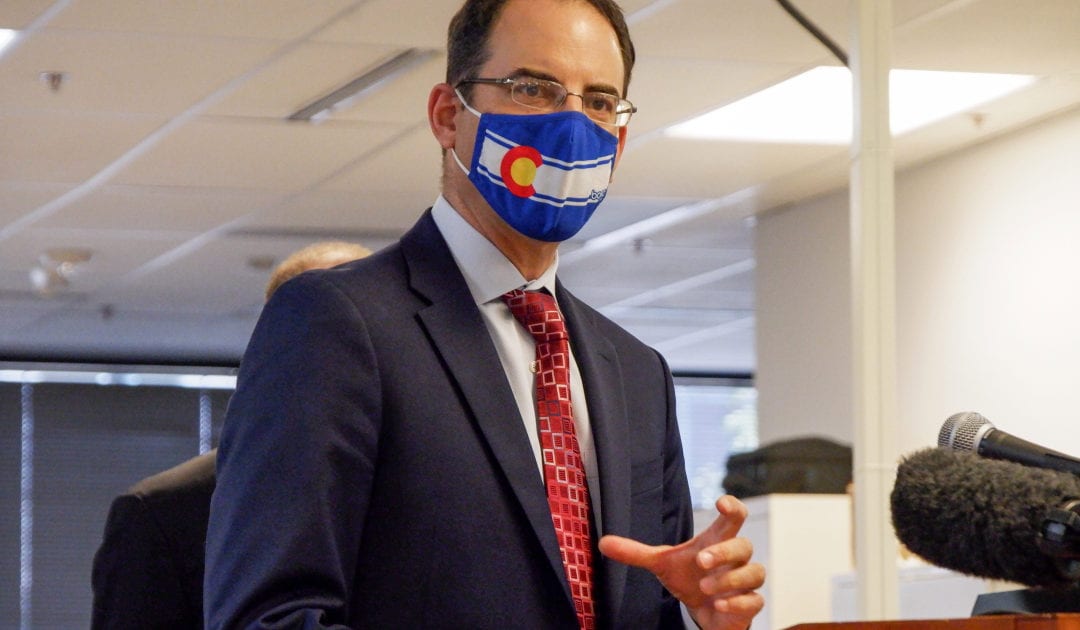 Colorado joined several other states in filing a federal lawsuit Tuesday against the U.S. Postal Service to ensure the agency isn’t weakened ahead of the November election.

The decision comes a day after Colorado Attorney General Phil Weiser, a Democrat, said he was in talks with other attorneys general about how to respond to concerns surrounding the Trump administration’s stance toward the USPS.

“It is, indeed, the constitutional obligation of the states to manage elections. And efforts by the federal government to undermine our constitutional duty, and the individual rights of people to vote, is something we take very seriously,” Weiser said Monday.

President Donald Trump has called into question mail-in voting, baselessly saying it’s rife with fraud. He has also said he wants to withhold extra funding for the Postal Service because of his concerns around Americans voting by mail.

The president’s comments, paired with mail-service slow downs in parts of the country, have led to anxieties about the Postal Service’s ability to handle mail-in voting in November election. Colorado Secretary of State Jena Griswold, who is partnering with Weiser on the lawsuit, has gone so far as to accuse Trump of voter suppression.

“President Trump is attacking the U.S. Postal Service to prevent vote by mail. Undermining of the safest method to vote during a pandemic is voter suppression, and we will not allow it,” Griswold said Tuesday in a statement.

The lawsuit challenges operational changes made at the Postal Service– including the removal of sorting and sequencing devices at a major Denver distribution center — that have been blamed for the service slowdowns.

Specifically, the legal action alleges the changes should have not have happened without regulatory approval and that they threaten states’ ability to carry out elections.

“Coloradans depend on the U.S. Postal Service to conduct business, pay bills, order prescriptions, and to vote by mail. The sweeping changes that the Postmaster General implemented at the Postal Service are illegal and threaten to undermine our state’s independent authority to conduct elections,” Weiser said in a written statement.

Weiser, Griswold and other Colorado Democrats have fiercely defended voting by mail, holding a news conference on Monday to laud how well it has worked in the state. They say the practice is the best way to keep people safe during coronavirus.

“Voting by mail is safe and secure and not a partisan issue,” Gov. Jared Polis said in a written statement announcing Colorado’s participation in the lawsuit. “But recent politically motivated threats are undermining confidence in the U.S. Postal Service and are creating a legitimate danger to our democracy.”

The Washington Post reported on Tuesday that at least 20 states were planning to file lawsuits against the Postal Service this week. The newspaper said like Colorado, all the states are represented by Democratic attorneys general.

Also on Tuesday, Postmaster General Louis DeJoy, a Republican megadonor appointed by Trump, announced that he would delay the operational changes.

“To avoid even the appearance of any impact on election mail, I am suspending these initiatives until after the election is concluded,” DeJoy said in a written statement.

DeJoy said the changes were made in an effort to ensure the Postal Service’s longterm sustainability.

“The Postal Service is ready today to handle whatever volume of election mail it receives this fall,” he added.

Weiser said DeJoy’s statement “is encouraging,” but added “there are lots of questions we still need to answer and we will be vigilant in protecting the right to vote.”

Despite the concerns about the Postal Service’s ability to carry out the November elections, Colorado elections officials are not yet urging people to avoid mailing in their ballots.

This story has been updated to reflect that the lawsuit Colorado is a part of has been filed.