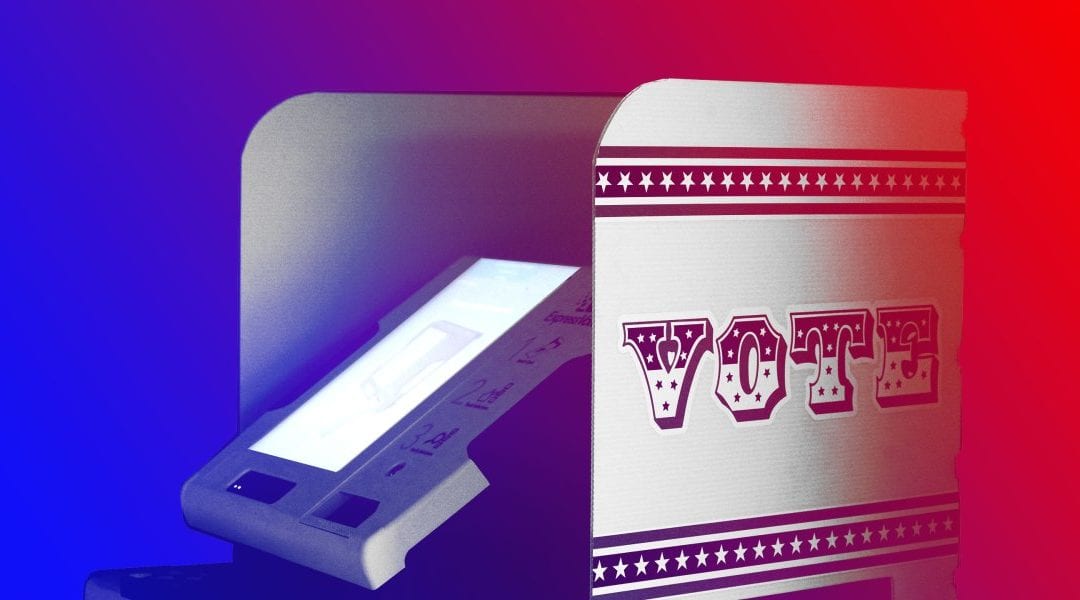 Americans across the nation sit in liminal voids, glued to couches, lit only by the white glare of cable television interactive maps, fed by anxiety-easing comfort foods with questionable nutritional value as they come upon hour 72 of this never-ending Election Day with no results. The nation’s collective November malaise has caused many to ponder whether there’s a better way to do this thing.

Coloradans say there is. On Tuesday, they voted to back the National Popular Vote Interstate Compact, a multistate effort to neutralize the Electoral College without officially abolishing it. The goal is to ensure that the presidential candidate who wins the popular vote wins the election, and the agreement between states presents a much easier solution than the alternative: amending the Constitution.

As it stands now, each state gets a certain number of votes in the Electoral College based on the number of lawmakers it has in both the Senate and Congress. That can give some states more power in electing the President because they have two Senators no matter how low their population is. The electors are expected to vote based on the outcome of the race in their state, and whichever candidate gets to 270 votes takes the Oval Office.

The compact, or Proposition 113, currently has no impact on the election, but it could significantly alter American democracy for good if more states sign on. The compact seeks to have a quorum of states whose Electoral College votes add up to at least 270, agreeing to cast their votes to the candidate who wins the national popular vote.

Currently, 15 states and the District of Columbia have joined, adding up to 196 votes. Several more large states will need to join for the compact to go into effect. Some states with significant numbers, like California and Illinois, have joined, but others, like Florida and Texas, have so far shied away from the idea.

There’s also another snag in the process: the Constitution. That bundle of compromises says that no compact can be agreed upon between states without the consent of Congress.

Article I, Section 10, Clause 3 of the Constitution reads: “No State shall, without the Consent of Congress…enter into any Agreement or Compact with another State, or with a foreign Power.”

There are some constitutional scholars who argue the compact can get around that clause: The Supreme Court has ruled that congressional consent is only “necessary for interstate compacts that encroach upon or interfere with the just supremacy of the United States,” and because electing Presidents is a state power, they argue, there is no encroachment on federal authority. But if the compact goes into effect, it will surely be challenged in the courts, and a conservative-leaning Supreme Court may not be so keen on approving changes to an Electoral College vote that currently favors the right.

Still, Colorado brings the reform one step, or nine votes, closer to making the popular vote as a presidential determinator a reality.