Colorado is offering up to $1,600 to people on unemployment who find a full-time job 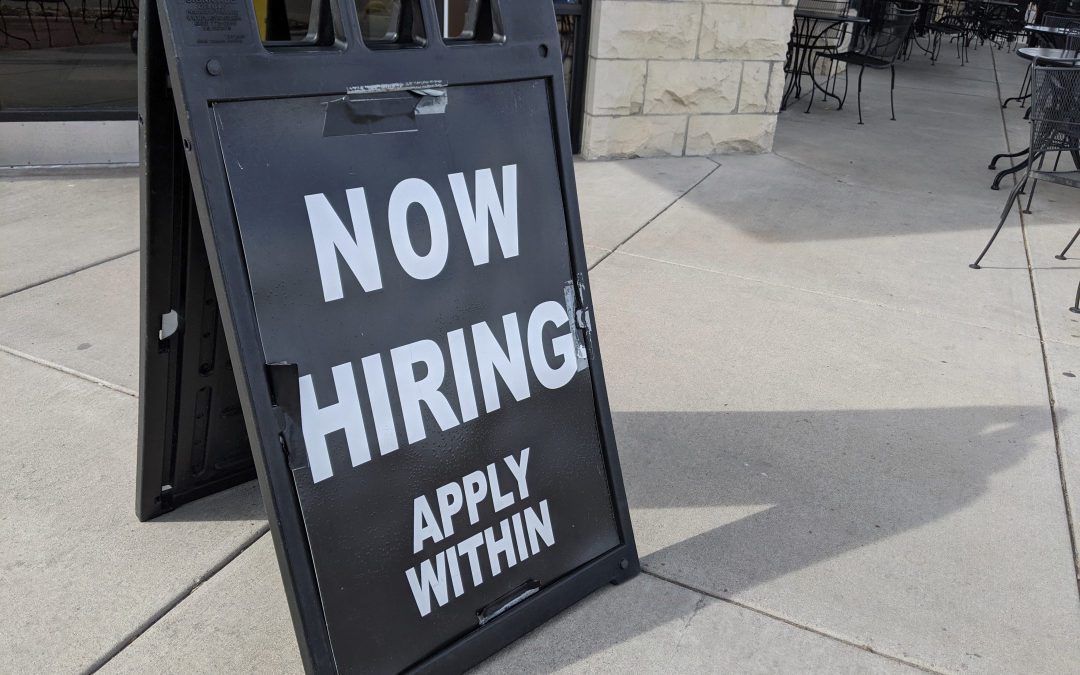 Start a full-time job by May 29, stick with it for two months and get a $1,600 signing bonus from Colorado. That’s the new message Gov. Jared Polis began promoting to Coloradans on unemployment on Wednesday.

But the new Colorado Jumpstart Program incentive has some disqualifiers even for jobless workers who end up with full-time work in the next 10 days. Gig workers aren’t eligible, nor are unemployed workers who’ve moved out of the state. Those who get a job between May 30 and June 26 can qualify for a $1,200 bonus.

Part of the goal is to help the state’s local businesses, Polis said.

“Powering the comeback means supporting Coloradans getting back to work and our businesses as they expand,” Polis said in a written statement. “We know that getting back to work doesn’t mean all the financial challenges Coloradans are facing just disappear, and we want to ensure that as more people are returning to the workforce, we are setting them up for success.”

Employers across the state have found it difficult to fill openings in recent months, a hiring trend that’s being felt by businesses across the nation. On Tuesday, Colorado officials said they will continue to participate in federal unemployment programs until they expire on Sept. 6. At least 21 states nationwide have announced they will end their federal unemployment benefits early.

The latest survey of Colorado Restaurant Association members revealed that 90% had difficulty hiring for the summer patio season, said Sonia Riggs, president and CEO of the trade group.

“(There) are incredible opportunities for hospitality-minded workers to join the industry, at all levels,” she said in an email. “Wages are higher than ever and benefits are becoming a more common part of restaurant compensation, including mental health and wellness programming.”

Whether there’s an actual labor shortage is up for debate. Some workers say that the jobs they see advertised are lower-paying, service-level positions that don’t offer enough to cover their rent and other bills. Businesses face competition from other employers that are reopening and from larger chains, like Amazon, that can pay a higher wage.

Some businesses say they can’t find workers because unemployed people receiving federal benefits have less incentive to return to work because they may be making more money collecting a government check. And there are ongoing health concerns for staff that are preventing some workers from going back to a full-time job.

The number of Coloradans on unemployment has been shrinking each week. But the state Department of Labor and Employment estimated that as of May 1 more than 162,000 Coloradans were still collecting unemployment. CDLE officials say that there are about 138,000 potential people eligible for the Jumpstart incentive.

On the state’s job board on Wednesday, there were more than 101,000 jobs available. Local companies and national ones can submit their job openings to the site for free.

“This won’t just help Coloradans, it’s going to help businesses to have a productive workforce, ready to power our economy and comeback,” CDLE Executive Director Joe Barela said in a statement.

Polis, in the executive order creating the Jumpstart program, plans to tap into the Colorado Department of Public Health and Environment’s Coronavirus Relief Fund and move $500,000 to CDLE to provide the $1,600 incentive to workers. That means there’s enough funding for 312 people, but that could be extended, said Jessica Hudgins Smith, press secretary for the Division of Unemployment Insurance.

“The executive order will be extended every 30 days after we have determined the number of claimants who have opted into the program, after which time there will be a funds transfer,” she said.

The program is open to unemployed workers who’ve had their identity verified by the state’s ID.me service. It’s also only open to those who’ve collected at least one week of regular state unemployment or those on Pandemic Emergency Unemployment Compensation, between March 28 and May 16.

PEUC, which pays benefits for an additional 53 weeks after regular state benefits run out, is paid from federal dollars. Only those who collected at least one week of PEUC between March 28 and May 16 are eligible.

People on Pandemic Unemployment Assistance, or gig workers, do not qualify because they are paid from federal dollars and don’t affect the state’s Unemployment Trust Fund, which ran out of money last August and has borrowed more than $1 billion from the federal government.

The trust fund relies on insurance payments from Colorado employers, which is why unemployment benefits are available for most Coloradans. Employers face higher insurance premiums to pay back the federal loans, said Barela.

Workers who meet the eligibility criteria must report their new job and wages to CDLE online through their MyUI+ accounts. They must also opt-in to the Colorado Jumpstart Program.