Colorado is making progress on a Front Range railway. Here’s what it will take to make it happen. 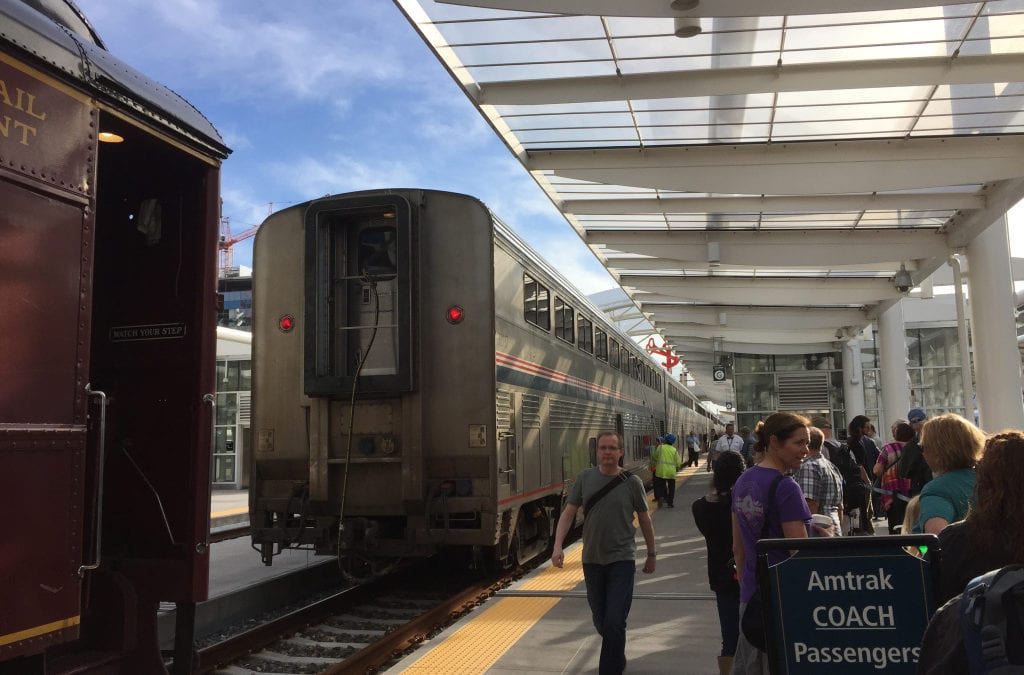 The idea sounds enticing: Instead of battling Interstate 25 congestion, travelers hopscotching between cities along the Front Range could board a gleaming, speedy train and wave goodbye to the traffic.

But while a recent modeling study suggested there’s healthy demand for such a service — forecasting nearly 3 million riders a year along a 191-mile route from Fort Collins to Pueblo — don’t start holding your breath just yet. This railway, if it happens, is likely a decade or so away from welcoming its first passenger.

“In order for us to have a transit system that works in Colorado, this is a key element,” said state Sen. Leroy Garcia of Pueblo, the Senate president and a longtime booster of the idea. “It’s not going to be built overnight. We have to be innovative.”

The Front Range corridor is home to more than 80% of Colorado’s population, and it’s projected to absorb most of the state’s growth in coming decades. Backers point to an intercity train as a climate- and commuter-friendly solution that would make the state more competitive in attracting employers.

But plenty has to happen — and not only figuring out how to pay for the gargantuan cost, which hasn’t been pegged but is likely to reach into the billions of dollars.

Here’s a look at the stages and challenges ahead before such a train becomes reality:

Three years ago, after a decade of discussions and studies, state legislators approved the creation of a commission to spearhead a Front Range rail line.

The Southwest Chief & Front Range Passenger Rail Commission absorbed an existing commission that has fought to save Amtrak’s Southwest Chief service in southeastern Colorado. After soliciting public input in the last year or so, the 11-member commission is now deep into an “alternatives analysis” for the I-25 corridor.

The Colorado Department of Transportation’s analysis produced modeling numbers for one of two favored alignments, which would travel south through Longmont and Boulder and connect in some way with Denver’s Union Station. It would continue southward along BNSF Railway’s freight corridor to Pueblo. Projections are still underway for another option that tracks closer to I-25 except in the Denver metro area, where it swings east along E-470, making an easy connection to Denver International Airport via the A-Line possible, before heading south.

Randy Grauberger, the commission’s project director, said preliminary passenger numbers for that route are “pretty similar” to the other one. Analysts still need to run through a range of variables on both routes that include different levels of service, different technology — including trains that travel 125 mph — and cheaper fares.

The initial model priced a ticket at 32 cents a mile, amounting to $22 for a one-way fare from Colorado Springs to Denver, but lower fares likely would entice more riders, he said.

Figuring out the plan

There are more intensive studies and plans to come, including a look next year at how passenger and freight trains would interact — even if they’re likely on different tracks — and then a National Environmental Policy Act study. That federal law calls for calls for an extensive analysis of a project’s potential impacts that has a tendency to drag on, though federal officials in the Trump administration have been working to streamline the process to two years or so.

The commission will need $5 million to $10 million from the state or the feds to pay for the NEPA study, Grauberger said.

Around the same time, the commission will put together a service development plan that spells out proposed train schedules, costs, parking availability, transit connections and other details. That’s when the railway will become more tangible.

But much will still depend on the multibillion-dollar question: How will Colorado pay for it?

The ballpark estimate from prior studies has ranged from $5 billion for a commuter-rail setup to $15 billion for high-speed rail that would travel up to 180 mph.

“The number’s probably somewhere in that range,” Grauberger said, adding that the commission is likely to have a better idea by the end of the year.

Some hopeful signs have emerged, including that Amtrak considers Front Range rail a federal priority for as much as $2 billion in a surface-transportation bill that has passed the U.S. House but faces a more skeptical Senate. U.S. Sen. Cory Gardner, a Colorado Republican, has voiced support for including money in a new coronavirus stimulus bill, but that has stalled.

“What I want us to do in Colorado is be moving in this direction so when those things are authorized, we’re ready to hit the ground running,” Garcia said.

Even if some federal money or support emerges, though, a key funding decision likely will be up to voters.

In fact, commission member Sal Pace, a former state legislator from Pueblo, was among those who’d hoped lawmakers would refer a sales tax for it to this year’s fall ballot. That idea fell by the wayside when the pandemic upended the legislative session.

Garcia hopes to see action during next year’s session to lay the groundwork for a special district to plan and build the railway, covering all or parts of roughly 13 counties along the Front Range. A vote within that district on a sales tax could then happen in late 2021 or, more likely, in 2022, Grauberger said.

By then, the commission should have more concrete proposals to show voters.

Backers were heartened by a poll last year that found 85% of voters in those 13 counties supported the idea of Front Range passenger rail service, and 61% would support a sales tax for a $5 billion project. There’s also support from some big players, including Gov. Jared Polis, a Democrat.

“We have a lot going right for us,” Pace said.

But that’s all at the conceptual stage, before the cutthroat debate of an actual ballot campaign. When faced with transportation-funding ballot questions, Colorado voters are known to get cold feet.

Even on the commission, some members have asked to see modeling comparisons to other modes of transportation that might carry passengers more cheaply, CPR News reported. Before the pandemic, CDOT had attracted strong ridership on some of its Bustang regional bus lines, for example — though a robust bus system might not attract as many riders as a train.

There are myriad other challenges, including working with BNSF and Union Pacific to get access to their rights-of-way to build new track. Though the railroads can be tricky partners, Grauberger says their representatives have been supportive participants on the commission.

Depending on funding and analysis of potential segments, officials also will need to figure out which ones to build first. Some regional railways, including Utah’s 90-mile FrontRunner train north and south of Salt Lake City, which opened its first segment in 2008 and now attracts 5 million riders a year, have taken that approach successfully.

Colorado’s initial studies have shown higher ridership potential north of Denver than in the southern Front Range, though Garcia argues the system will be stronger the longer it is.

The experience of other regions that have built big rail projects points to the need for patience. But Pace says he can feel momentum on Front Range rail.

Within a decade, he said, “we could have all the pieces in place. We could have a district and we could have funding lined up before then. Then it’s about the buildout and getting us to operation.”