Colorado Is Getting Its Wolves Back After Historic Ballot Win 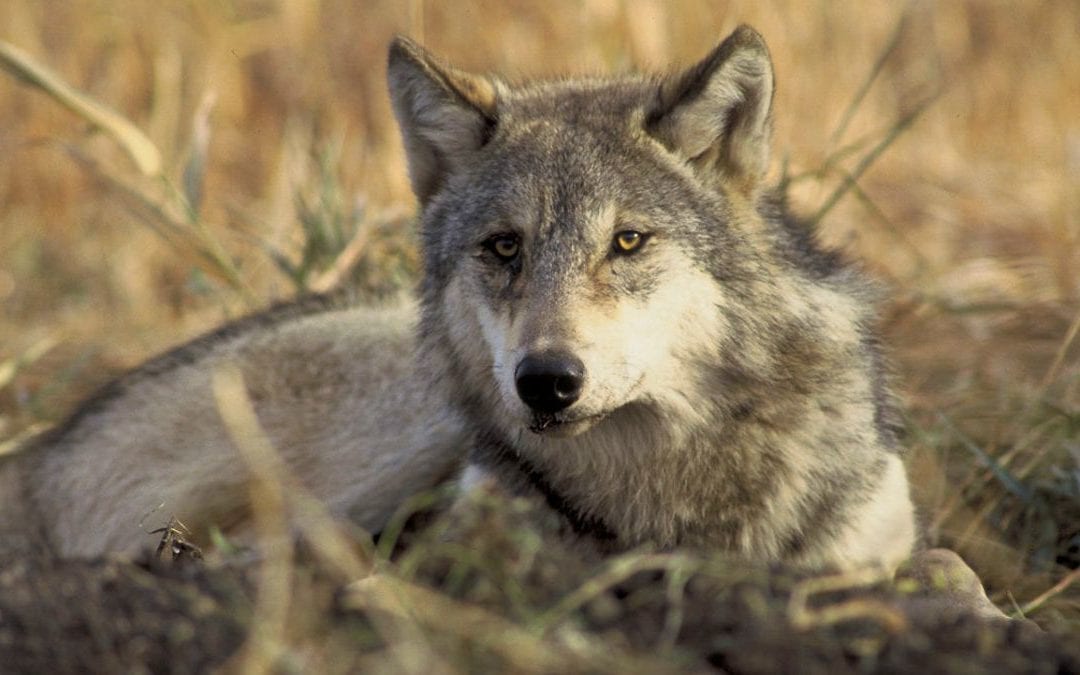 Voters in Colorado have approved Proposition 114, forcing the state government to reintroduce the gray wolf. It’s the first time in U.S. history that a ballot measure win has obliged a state government to bring back a species that disappeared due to human actions.

With more than 90% of the vote counted, opponents of Proposition 114 have admitted defeat, reports the Denver Post. With the referendum won, state wildlife officials in Colorado will be required to develop an evidence-based recovery plan for wolves, which haven’t called the state home for decades. The proposition stipulates that grey wolves be restored to the mountainous portions of the state west of the continental divide by the end of 2023, with input from the public.

The passing of this ballot measure marks an important milestone, as it’s the first time that voters in a U.S. state have forced a state wildlife agency to restore a species through a referendum. That’s not a small thing, and it reflects a growing push to restore the balance of nature.

But it was close. Proposition 114 squeaked by with the support of 50.4% of those who voted for so-called “paws on the ground.” Denver and Boulder currently account for the 9% of votes that still need to be counted, but those regions are expected to favor the bill.

“With this vote, the people of Colorado reflected their values, bypassing the politicians and special interests to right a historic wrong and restore the gray wolf to its rightful home in Colorado,” Jamie Rappaport Clark, president and CEO of Defenders of Wildlife, declared in an emailed statement. “This is a win for Coloradans and for a healthier environment.”

Supporters of Proposition 114 tend to come from urban regions, and they’re seeking to re-balance the food web through the reintroduction of an ecologically important predator. Opponents, mostly from rural areas, said they were hoping to protect hunting (namely of elk), farming, and cattle ranching, according to the Denver Post, though data from states in the Northern Rockies where wolves have been reintroduced and parts of Canada where they’ve always lived indicates those concerns are somewhat overblown.

The restoration plan ordered by Proposition 114 requires that a sufficient population of wolves be reintroduced to ensure stability over time, and that the wolves be released on designated public lands.

The cost of the project is not yet known, but the Denver Post floated an estimate between $5 million to $6 million over the next six years, which doesn’t sound like very much. The new law will require that ranchers who lose livestock to wolves must be compensated, similar to programs in Wyoming, Montana, and Idaho. The program could also provide major economic benefits, including how wolves might lead to increased tourism. This happened to Yellowstone National Park after wolves were reintroduced in 1995, and visitors continue to flock to see the wolves with their own eyes. Beyond dollar signs, the park’s ecosystems have also seen changes and benefits as well as they recalibrate to the wolves’ presence.

The passing of Proposition 114 comes at an interesting time, as the Trump administration removed gray wolves from the endangered species list just last week. But while wolf population numbers have rebounded over the past 50 years, they remain absent, or underrepresented, in many of their historical habitats.