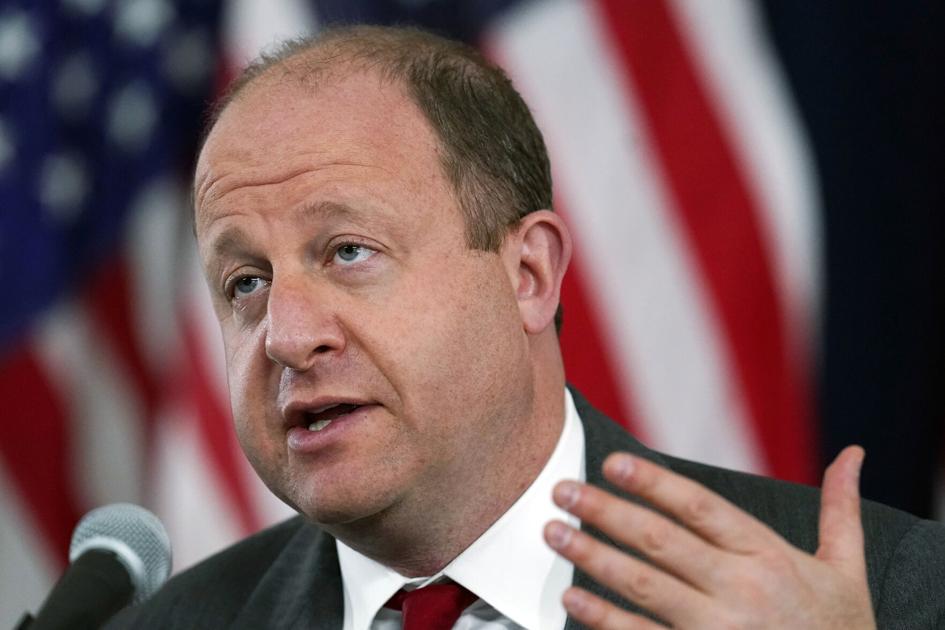 Colorado is in a fourth wave of the COVID-19 pandemic, state officials said Friday — this as Gov. Jared Polis said he still plans to give counties the authority next week to drive local pandemic response.

The worst of the pandemic is behind the state due to higher vaccination rates among older residents, hence the transfer of authority, Polis has said.

But COVID-19 still poses a significant risk: Two variants, which are more transmissible than the standard disease and circulating more widely among a younger demographic, now account for more than half of cases in Colorado. Colorado’s seven-day average of newly reported cases is at its highest point since late January. The state’s positivity rate is at its highest since mid-January. And hospitalizations have hit their highest mark since mid-February, according to state data.

Polis and other health officials acknowledged these concerning statistics Friday, urging Coloradans to wear masks and socially distance. But for counties with low disease circulation, masking is no longer required by the state, nor are limits on social gatherings.

“This is a race against the clock,” Polis said, a phrase he’s used before to describe the state’s rush to vaccinate as many residents as possible before variants take a toll.

The fourth wave will be different than previous spikes, state epidemiologist Rachel Herlihy said Friday. On the one hand, variants are making the disease easier to spread and may cause more severe illnesses. On the other hand, the state’s most-vulnerable residents have largely been vaccinated, which means there’s less potential for death and hospitalization, she said.

Polis and others officials said they feel they can step back because the risk to the hospital system has been diminished. However, younger Coloradans now account for much of the state’s new spike in cases. Because of the shift in trend, it’s imperative for younger residents to get vaccinated as soon as possible, Herlihy and Polis said.

Cohesive statewide approaches to the pandemic are “certainly very important in encouraging compliance and sending a clear message to the public,” Dr. Glen Mays, with the Colorado School of Public health, told The Gazette on Friday.

“But politically, it may be difficult to maintain the statewide protections because these responses were justified initially based on the risks of overwhelming health system capacity,” he said. “Hospitals and physicians are not warning of ‘impending doom’ right now.

“Any slippage in mask wearing and social distancing at this point will extend the pandemic and lengthen our battles against the variants.”

Asked if Colorado was ceding authority too quickly, Polis repeated that many vulnerable Coloradans are vaccinated and urged younger Coloradans to follow suit.

He also suggested that the end of the ski season will “lead to significant decreases” in cases in the high country. But Colorado’s ski towns aren’t the only locations experiencing a spike: Denver’s numbers have steadily ticked upward in recent days. The three-day rolling average of cases in Adams County, which was hit especially hard in the fall, has also climbed this week. As of Friday in El Paso County, the percent of those testing positive had risen 10% week over week, hovering at nearly one and a half times the World Health Organization’s ceiling for communities wishing to reopen.

The decision to give authority to the counties has prompted local authorities to begin planning for their takeover of COVID measures. Denver officials told the Gazette earlier this week that the mile high city will likely follow the same dial framework imposed by the state over the past year. But they said the change presents challenges: Multiple counties make up the metro area, and there’s the potential for inconsistent measures across those counties.

Douglas County released a statement Friday afternoon announcing that it plans to break with the other two counties under the purview of the Tri-County Health Department, which plans to stick to the state’s dial framework.

Polis on Friday called the latest spike “the fourth and final wave.” He’s repeatedly said the state will be back to near-normal come the summer, and he said residents need to be careful “in the final few weeks.”

“We’re almost back to normal,” he said. “It’s only until mid- to late May when everybody who wants the vaccine will be able to get it.”

State surveillance indicates that more cases in Colorado are caused by variants now than the standard strain, Herlihy said Friday. The latest variant identified, which is wreaking havoc in Brazil, has now been identified in 12 people Colorado. Not all of those cases are related, she said, indicating that the variant penetrated Colorado from multiple sources. Cases of the variant have been identified in Broomfield, Boulder, Denver and Arapahoe counties.

Several patients with the variant have a travel history, some internationally, she added.