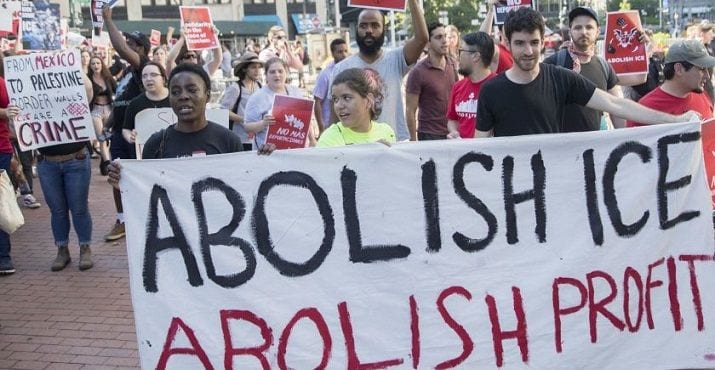 Liberals, progressives and socialists around the nation have been celebrating Joe Biden’s apparent election ever since the major media outlets began calling the race for him. Out in Colorado, CBS News has been interviewing one particular group of supporters who appear to be giddy with excitement at the thought of a Biden presidency. That would be the illegal aliens who have been hiding in “sanctuary” at a number of churches around the state. These people already have pending deportation orders against them but have remained holed up in houses of worship, knowing that ICE agents won’t come busting into a church to haul them out. In their view, having Joe Biden in the White House means that the coast may finally be clear and they’ll be able to go back to freely moving about the community without fear of being held accountable for their crimes.

The First Unitarian Church in Denver is home for Jeannette Vizguerra. Facing possible deportation to Mexico, she has been in sanctuary for 2 years now.

“My hope is this new president create change in the immigration system,” she told CBS4’s Rick Sallinger.

With Biden due to take office in January, Vizguerra’s long effort to once again be free in America could possibly be realized.

“Yeah, my hope is it’s about time, not just for me but for more than 11 million people,” she said, speaking about all immigrants without documents.

This isn’t the first time we’ve heard the name of Jeannette Vizguerra. I first wrote about her back in February of 2017. Shortly after Donald Trump took office and put more serious people in charge of Immigration and Customs Enforcement, Vizguerra’s name popped up on the ICE naughty list and she was scheduled for deportation. But rather than complying with the order, she and her attorney staged a big PR stunt for the media and she moved into the First Unitarian Church. She’s been there ever since.

Another woman, Araceli Velasquez, has been hiding out at the United Methodist Church in Denver for the same amount of time. She’s trying to avoid being sent back to El Salvadore, even though there is a standing, legal order to remove her. She too expressed her hopes that Joe Biden would give her more wiggle room than the current president. The same feelings were expressed by Ingrid Encalda Latorre from her hideout in the Unitarian Universalist Church in Boulder.

Yes, spirits seem to be high in the illegal alien community this month. Everyone is waiting for Uncle Joe to take control and cripple our immigration enforcement capabilities. And Biden has given them plenty of reasons to be optimistic already. He recently announced that he planned to implement a freeze on all deportations until he could issue some new marching orders to our immigration enforcement agencies.

Articles like the one linked above always seem to focus on the most friendly and sympathetic faces they can find. Women, particularly mothers, hiding out in church basements so the Bad Orange Man can’t send evil law enforcement officers to haul them away. But when Biden says no deportations, that includes the inability to ship out all of the ones at the top of the priority list who been taken down for everything from murder to rape to fraud. It’s a frightening prospect, but it’s also precisely what the Democrats have been pushing for.

Even if the GOP keeps control of the Senate and manages to push back some of the Democrats’ worst impulses, this is one area where Biden will be able to wreak some serious damage and undo the progress made under Donald Trump. Traffic at the southern border has been reduced to a relative trickle, largely due to the pandemic. Simultaneously, ICE and the Border Patrol have been shipping out illegals at an impressive clip. We were finally making some progress on this front, but if Joe Biden is perched in the White House, it will likely all be washed away in short order.