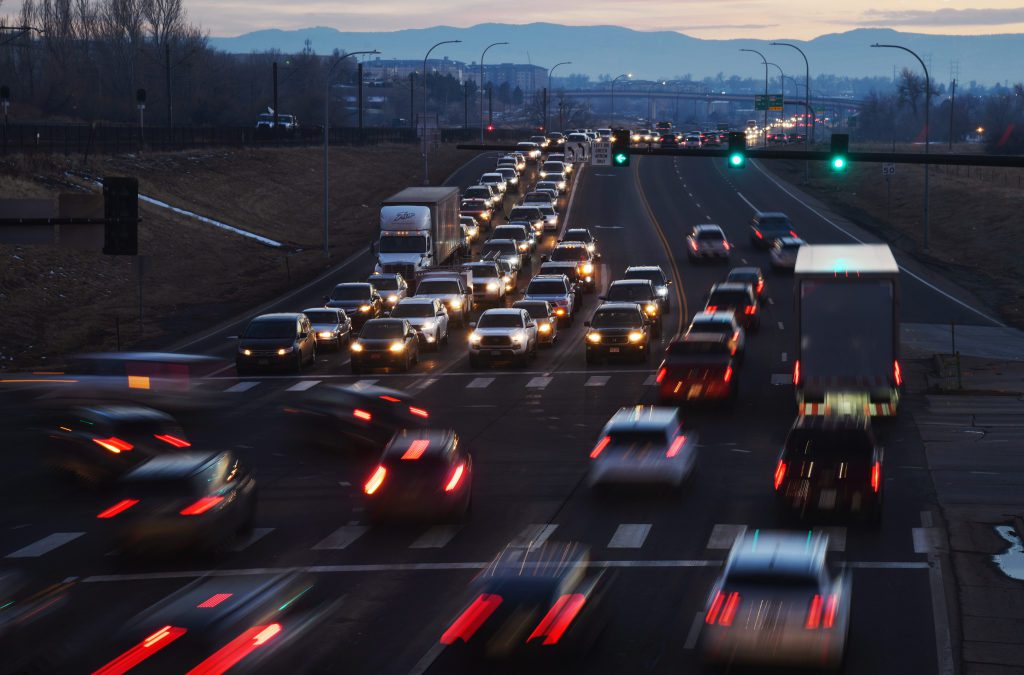 The House’s approval of Senate Bill 260 on Wednesday marked the latest green light on a remarkably smooth journey for the biggest, most complicated transportation-funding bill ever attempted by state lawmakers. It includes serious money both for road improvements, including much of the Colorado Department of Transportation’s 10-year priority project plan, as well as initiatives to address climate change and accelerate the conversion of gas-guzzlers to cleaner vehicles.

The 41-24 vote was strictly along party lines, reflecting strong opposition from Republicans to a half-dozen proposed fees and the wide scope of the bill. Those fees would, without any weigh-in from voters, make gas and diesel fuel purchases, deliveries, and Uber and Lyft rides slightly more expensive, while higher registration fees would apply to electric vehicles and hybrids to account for their owners’ savings on gas taxes.

The Democrats harnessed their comfortable majorities in both chambers to craft what they portrayed as a long-term funding solution. During months of stakeholder talks and then legislative hearings in May, they navigated a thicket of conflicting concerns from both highway boosters and environmentalists — not all of whom are happy with the final product.

“This is an issue that has stumped the state of Colorado for a very long time,” Speaker Alec Garnett said, closing Wednesday morning’s debate. “The best solution for transportation funding that the state of Colorado has ever had in the last 10 years is before you today. It strikes the right balance.”

New fees on top of the state’s existing 22-cents-per-gallon gas tax would start at 2 cents — initially costing the average driver $28 a year — and rise to 8 cents by 2028. For deliveries that include Amazon packages and restaurant order drop-offs, customers would pay 27 cents.

Rep. Andres Pico, R-Colorado Springs, called the new fees “an egregious break in faith with our voters” by sidestepping the Taxpayer’s Bill of Rights and other restrictions.

“Our voters were very clear on multiple occasions that they want to have a say — from TABOR to the rejection of other attempts to remove TABOR or scale it back, to a very recent vote to require a vote of the people if you’re going to raise the fees above a certain level,” he said, referring to last fall’s successful Proposition 117. “That passed overwhelmingly, and that was a bipartisan decision by the voters that you need to have a check-in with the voters.”

All told, those fees are projected to raise about $3.8 billion over a decade after taking effect in July 2022; the fees don’t come with an expiration date, however. The remainder of the $5.4 billion in spending over the next 11 years would come from stimulus money and state budget commitments, some of which already were planned.

While Republicans said road repairs and expansions were overdue, several bristled not only at the fees but also at several ways the bill reverses past bipartisan spending compromises.

Now firmly in charge, Democrats hailed SB-260 as a long-overdue leap forward that looks likely to succeed where so many past efforts have stalled out.

The bill will go to the governor if the state Senate signs off in coming days on several changes made by the House, which mostly increased new project planning requirements that are intended to address climate change.

The Senate passed the bill 20-15 last month, with Sen. Kevin Priola, R-Henderson, crossing the aisle and joining as a sponsor.

Polis endorsed the bill at its unveiling last month. At his request, lawmakers also included two years of upfront reductions in all drivers’ vehicle registration fees, which will be decreased by $11.10 in 2022 and $5.55 in 2023.

The bill has been backed by a wide spectrum of business groups, local elected officials — including some Republicans — and environmentalists.

But in the push-pull of the legislative process, some interests have hesitated. Regional advocates in the northern Front Range worry that new reviews required to project major new projects’ greenhouse gas effects could imperil expansions of Interstate 25 and Interstate 270.

On the other side, some environmental advocates worry there’s too much money and leeway for highway expansions. Those will only encourage more driving, they say, and compound longstanding burdens for communities near highways, despite a new $234 million program in the bill to address past wrongs and reduce air pollution.

A late amendment by Garnett, aiming to address those concerns, requires CDOT to create an environmental justice and equity branch in its engineering and construction division.

The multi-fee approach makes use of road-user fees rather than taxes.

Those fees would raise money for specific purposes, a setup Colorado’s courts have upheld in the past — but it may invite new legal challenges. As structured by the bill’s drafters, the fees would be assessed by several new and existing enterprises that each avoid exceeding Proposition 117’s threshold for ballot approval, set at raising $100 million over the first five years for a single enterprise.

A Denver Post analysis found roughly $2 billion of the bill’s spending over 11 years would go to new state projects, and another $950 million from a highway fund would be distributed to local governments. About $855 million is pre-committed to pay off past transportation debt for projects and offset the temporary registration fee reductions.

Electric vehicle programs, including fleet conversions and new charging stations, would get $734 million, while $453 million would go to projects supporting alternatives to driving — including mass transit and bike lanes — and project mitigations. The bill also earmarks $115 million for CDOT’s Revitalizating Main Streets program.