Colorado House Democrat calls for removal of GOP colleague who was at Jan. 6 rally 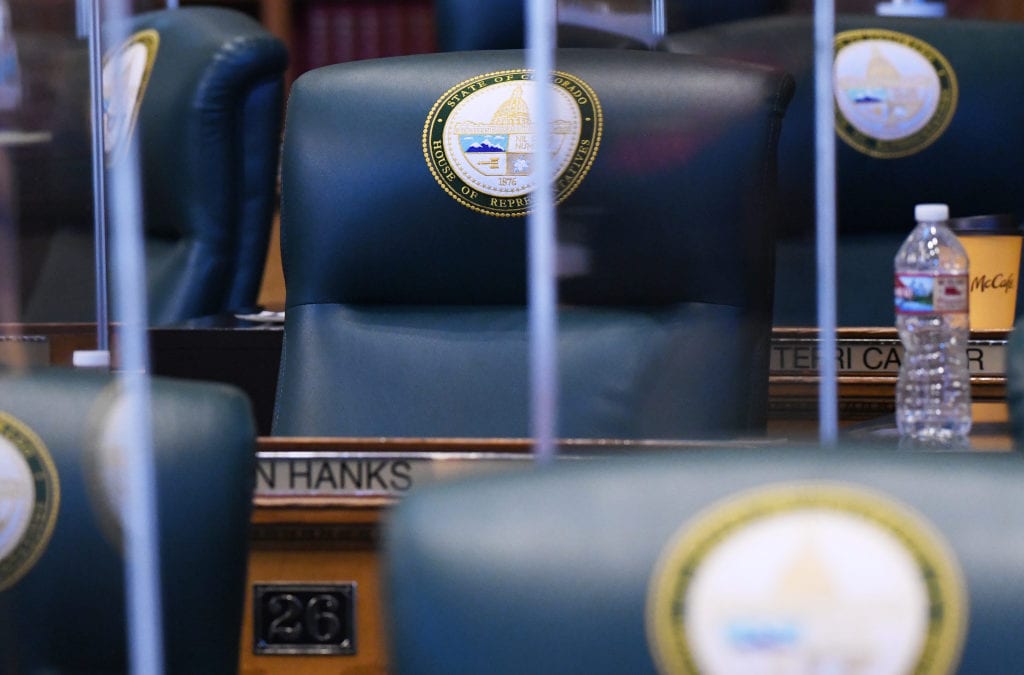 A Colorado House Democrat called on Tuesday for the state legislature to consider stripping Republican Rep. Ron Hanks of his committees or even expelling him for attending the Jan. 6 rally in Washington, D.C.

The move by La Jara Rep. Donald Valdez on the day the legislative session restarted shows the ripples of last month’s insurrection across the country. It also came as a surprise to fellow Democrats as well as the House speaker, who admonished Valdez for using his moment of personal privilege to condemn anyone’s motives outside the Colorado Capitol.

Valdez said Hanks’ conduct on Jan. 6 raises serious questions that need to be addressed and he asked that a panel be formed to take testimony under oath to consider possible punishment.

Although Hanks was at President Donald Trump’s rally in Washington, D.C., and told a radio station that he marched with supporters to the U.S. Capitol, nothing has placed him inside the Capitol during the insurrection that led to five deaths and several injuries.

“Let us be clear — the fight is between those who believe in democracy and fair elections and those who do not,” Valdez said in a written statement. “Those who attended the rally wanted to set aside a free and fair election and install into office someone who lost. That is called a coup d’etat.”

Hanks, a newly elected representative from Fremont County, confused even his fellow lawmakers at the start of the session in January when he was sworn in but then did not attend the remainder of the three-day session. And he missed some legislative hearings following the initial three-day session.

In an interview with The Denver Post on Tuesday, Hanks said he stands “by everything I did on the sixth of January.”

“As we stood between the Washington Monument and the White House, outstanding people. Those are Americans. If he wants to castigate them, that’s on him,” Hanks said of Valdez.

Hanks wrote a letter about his experience at Trump’s rally, alleging that those who breached the White House were Antifa, not the same people from the rally. There has been no evidence that is true.

Hanks broke his silence Tuesday about his January absence, saying that he was not feeling well. Initially, Hanks said, he thought he might have food poisoning, but in the succeeding days felt worse, likely because of a preexisting medical condition. He said he was tested twice for COVID and was negative.

The confusion about his whereabouts was likely the result of a new team of people and “procedural differences,” Hanks asserted.

“I socially distanced on this day because I just didn’t feel quite right,” he said. “And I took some beatings on that for not being here.”

House Minority Leader Hugh McKean condemned Valdez’s suggestion to the chamber on Tuesday, saying the Democrat abused a moment of personal privilege. Any actions Hanks took on Jan. 6 were before he was sworn in as a member, the Loveland Republican said.